The visual playfulness of Simen Johan. 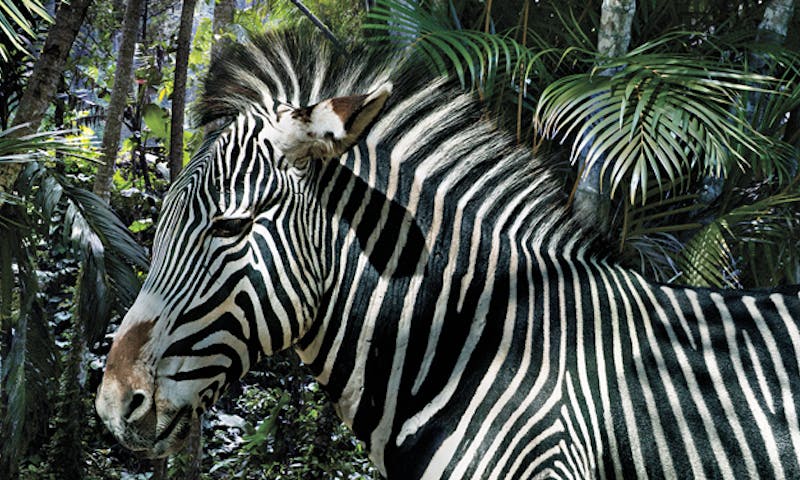 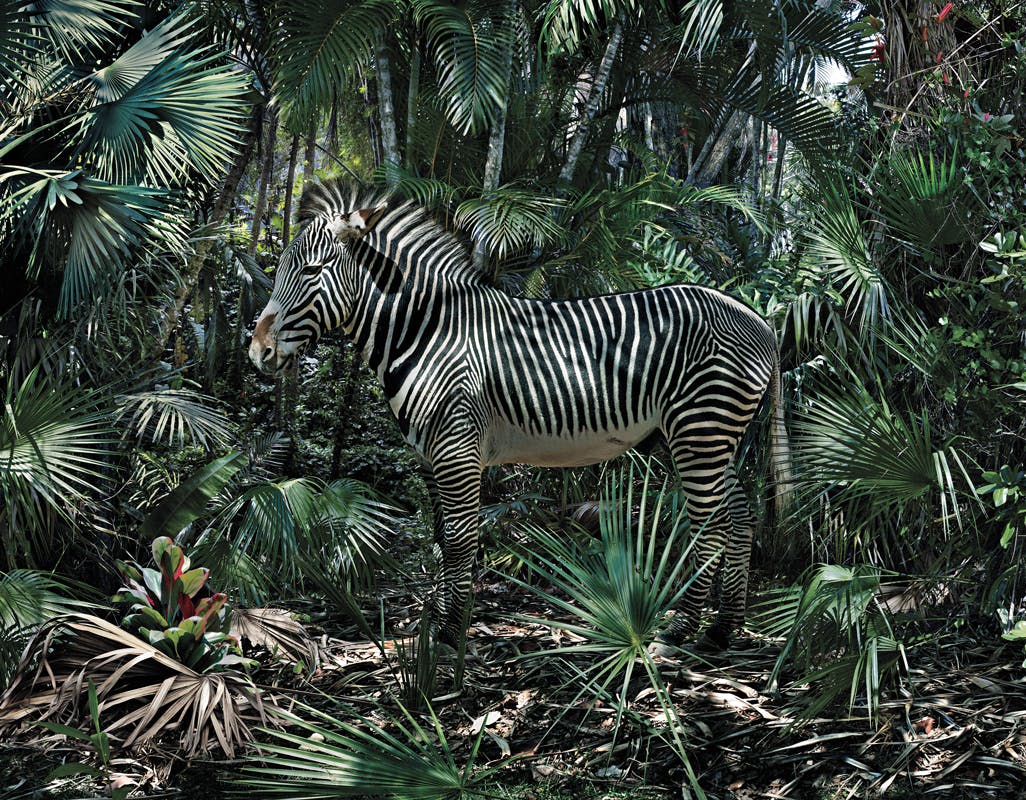 The zebras are in a zoo; the foliage is from Florida and Bali. The zebras are camouflaged by incongruent foliage, as if that’s why they’re striped. In reality they’re plains animals. Reality is logical like that, until questioned. 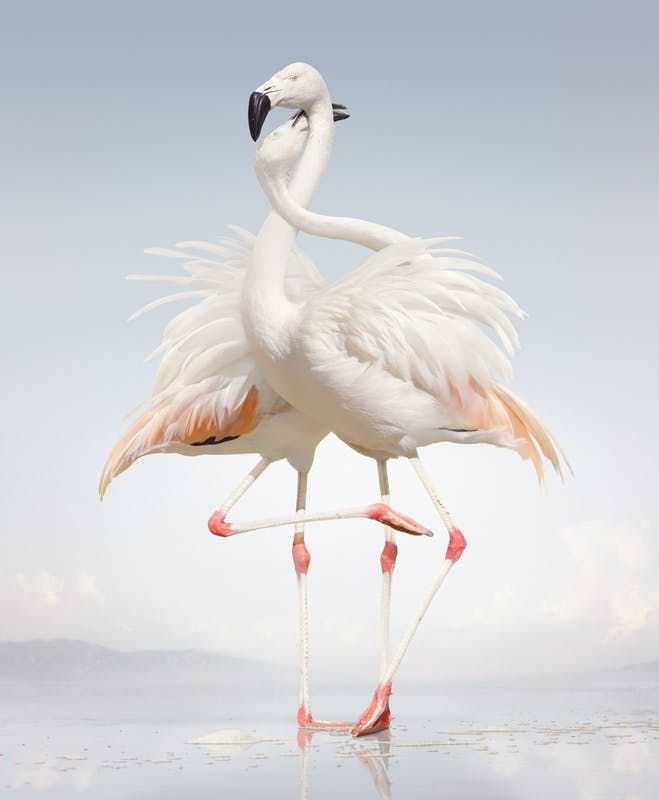 The flamingos live in Virginia, and I’m not sure where I got that background. I photograph most of my material candidly because when you’re dealing with animals and nature, you’re only going to get what you’re going to get. 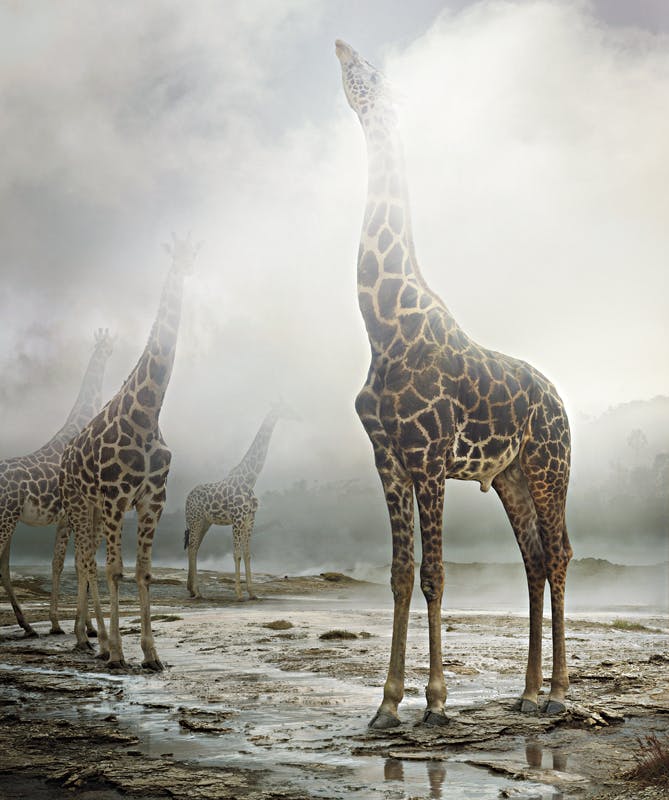 The giraffes were photographed at different zoos; the background mixes Iceland with Turkey. It just made sense to stick their heads in the clouds. Photography speaks the language of natural vision. It is the closest thing to reality, except for film. 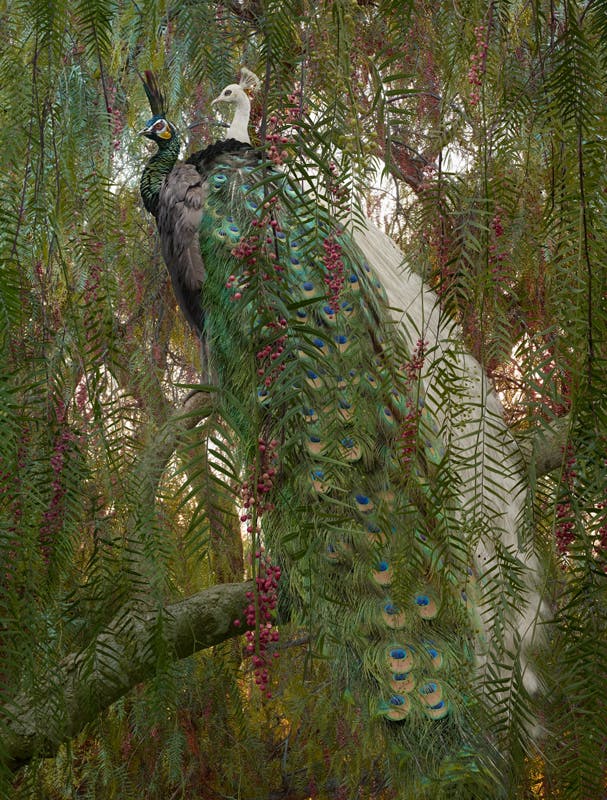 Indonesian peacocks in a Spanish pepper tree. The leaves of the tree mimic the birds’ feathers. Camouflage is nature’s way of confusing the things we see. We tend to look to nature for authenticity, but even here we encounter illusion.