This Is Why It’s Hard to Recognize a Black Hole 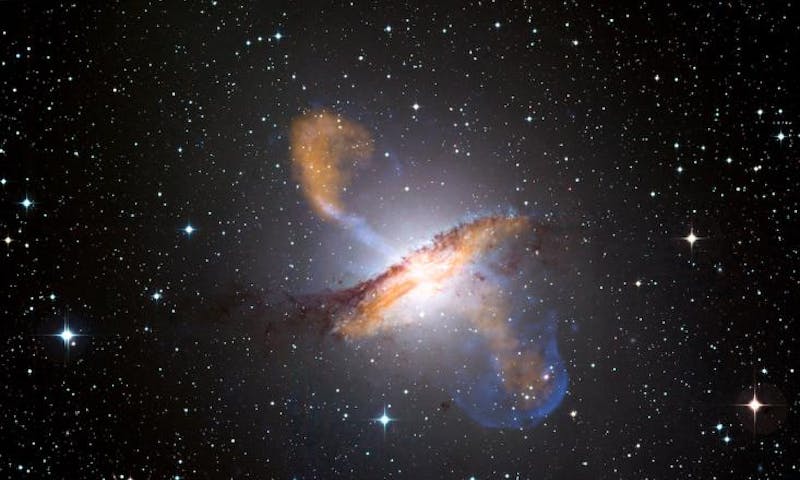 Astronomers can sometimes be literal to a fault. We like to call things as we see them. For example, if it’s red and it’s huge: “Red Giant.” White and small: “White Dwarf.” Massive explosion: “Big Bang.” Dark and sucks everything in: “Black Hole.” Most of the time, classifying objects this way works fine—either it’s new, or it’s something we already know of. But sometimes, as with Pluto, we make new observations that force us to question the name, reassess the object, and identify it differently. You might think this never happens with something as clearly defined as a black hole, but you’d be wrong.

Though we can’t observe them directly, we can see how the two types of black holes—stellar mass and supermassive—affect their surroundings. Stellar mass black holes, the product of a dying star going supernova and collapsing on itself, are the more familiar, predicted nearly a century ago by Einstein’s theory of general relativity; They usually only affect the behavior of the nearest star or two. Supermassive black holes, on the other hand, are over a million times more massive. We still don’t know how these form, but we believe they exist at the center of almost every galaxy, sometimes having the power to alter the appearance of their entire galaxy.

As the stars, gas, and dust in the center of a galaxy get closer and closer to a supermassive black hole, they get packed tighter and tighter into a smaller and smaller space, heating up until, at a critical distance, everything is ripped apart, reduced to atomic particles. When we spot supermassive black holes, it’s this heat radiating away from the orbiting debris—known as an accretion disk—that we actually see, not the black hole itself. Some supermassive black holes “eat” more than others and, in the process, give off significantly more light than their less active brethren. These “active galactic nuclei,” or AGN for short, are some of the most powerful, most energetic forces in the Universe. Not only do they give off heat, they also often eject material in the form of collimated (beamed) jets, perpendicular to the plane of the disk, which blast their way out of the galaxy’s core—dwarfing in size not just the accretion disk, but also the galaxy itself. What’s more, some AGN have a dusty torus, the geometric equivalent of a donut, in the same plane as their accretion disk, but much, much bigger and thicker. So thick, in fact, that if you looked at them from the side, you wouldn’t see the disk at all, much less the black hole in the center (as seen in the image above).

Despite having this standard model of an AGN—a supermassive black hole surrounded by an accretion disk with jets streaming out in opposite directions, all encompassed by a dusty torus—making sense of our observations is still a challenge: The light we see doesn’t always paint the same picture. Sometimes we see jets, sometimes we don’t. Sometimes we see the torus, sometimes we don’t. Sometimes we see light so concentrated and bright that we can’t even tell if there’s a galaxy there at all. We label these sightings accordingly: AGN at great distances with cores so bright, they outshine all their stars in optical light, are called quasars (for “quasi-stellar”), like the one pictured above; AGN that glow strongly in the infrared are called Seyferts, after the astronomer Carl Seyfert, who first identified them in 1943; And AGN, with cores and jets whose emitted light dominates in the radio spectrum, are called radio galaxies.

If they are all fueled by supermassive black holes, why don’t all AGN look the same? One reason could be our point of view. The theory of AGN unification posits that all AGN have the same basic building blocks (accretion disk, jets, torus); The striking differences we observe, according to this theory, are all due to their orientation in space.

Here on Earth, we only have one vantage point from which to observe the cosmos. We see galaxies randomly distributed around us, some of them edge-on, some of them face-on, and the rest at all the angles in-between. We cannot fly around to look at these galaxies from any other angle than the one they present to us. But with the advent of supercomputers, we can now simulate these galaxies better than ever before and virtually fly around them as much as we like, enjoying the sights from any angle. We can take an AGN and turn it so we’re looking straight down one of the jets, towards the galactic core, making it resemble a blazar, sort of a blazing quasar. Start tilting the AGN until the jet is rotated ninety degrees away from us, and it appears to morph from a blazar to a quasar to, finally, a Seyfert.

Yet AGN unification is far from a settled problem in astrophysics. There could be other factors at play than just our point of view, like physical processes in and around black holes we don’t fully understand or measurements we haven’t thought to take. As we build better telescopes and amass new data, we can only hope that we’ll see these active galactic nuclei for what they really are. Otherwise, we might need a lot more names.