This Philosophical Argument Convinced People to Give More to Charity

How much would you pay to prevent your own child becoming blind? 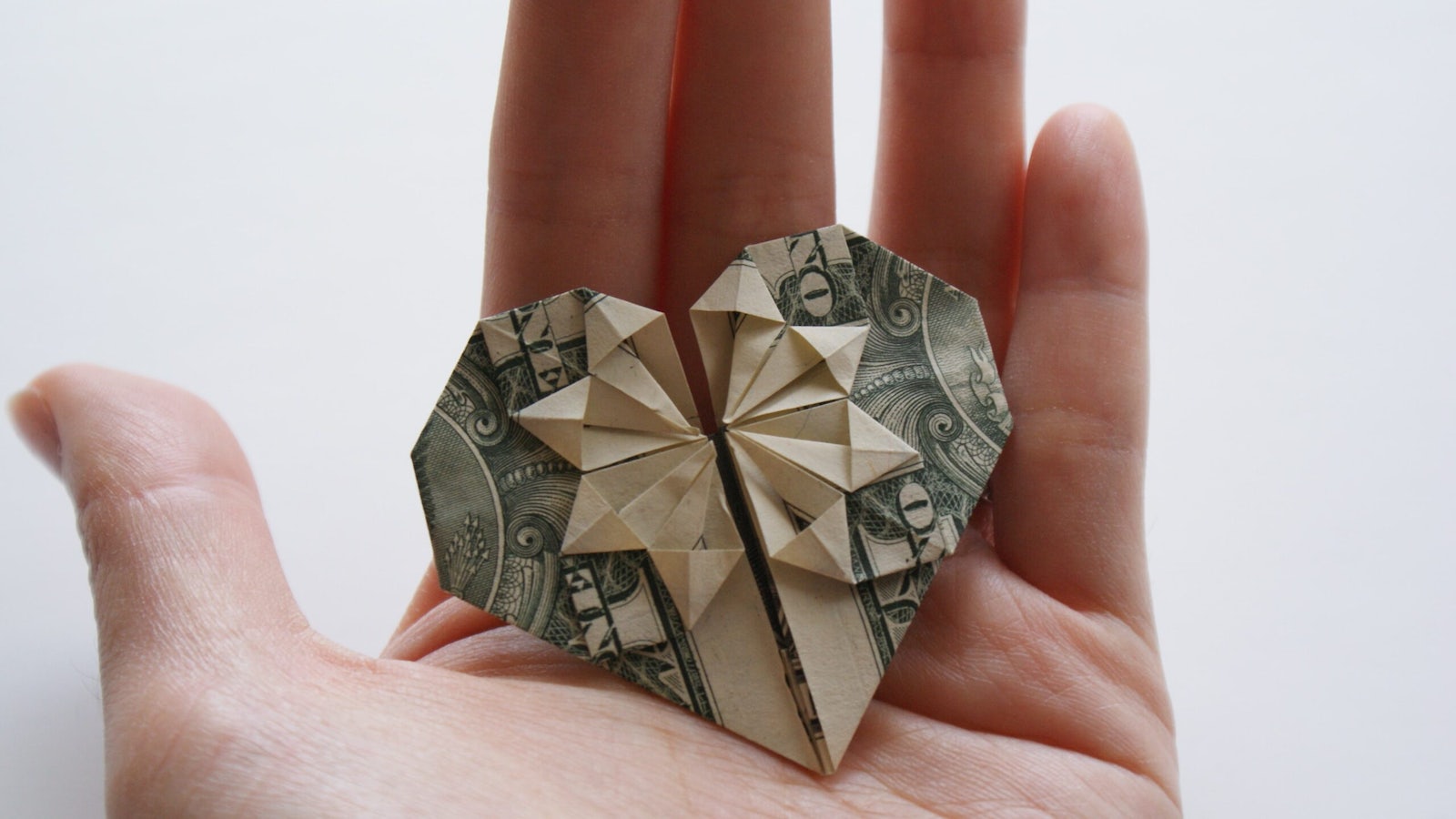 Last fall Fiery Cushman, the director of the Moral Psychology Research Lab at Harvard, and I announced a contest: We would award $1,000 to the author of an argument that effectively convinces research participants to donate a surprise bonus payment to charity at rates statistically higher than a control group. ($500 would go to the author and $500 to the author’s choice of charity.) After some delay due to the pandemic, we announced our winner in June. The winning submission was written by one of the most famous philosophers in the world, Peter Singer, author of Animal Liberation and The Most Good You Can Do, in collaboration with Brooklyn College philosopher Matthew Lindauer.

With philosophers Chris McVey and Josh May, at U.C. Riverside and the University of Alabama, respectively, I had several times tried and failed to write arguments that would be effective in increasing participants’ donation rates. When we presented participants emotionally moving narratives about children who had been rescued by charity, donations were significantly higher than in a control condition—in which participants read part of a middle school physics text—but never when we presented philosophical arguments that charitable giving is good or is your duty.1

We wondered whether the failure might be the result of our inability to write sufficiently convincing philosophical arguments. Therefore, Fiery and I decided to put out the call. Submitted arguments had to be relatively dry, not relying heavily on narrative or emotion—though we couldn’t completely avoid emotional content, since even a straightforward factual presentation of human suffering isn’t emotionally neutral.  We aimed to test 20 of the most promising submissions. If more than one argument beat the control, the award would go to the author of the argument with the highest mean donation. We were delighted by the response: about a hundred submissions, half from philosophers, psychologists, and experimental economists, and half from others who had heard about the contest through social media or otherwise.

In the first phase of testing in late April, about 2,500 participants randomly read one of the 20 selected arguments. Our aim was not to reach any definitive conclusions about which of these was best, but rather to select the five best performing arguments for further testing. After reading the argument, participants clicked to a new page and read the following:

Upon completion of this study, 10 percent of participants will receive an additional $10. You have the option to donate some portion of this $10 to your choice among six well-known, effective charities. If you are one of the recipients of the additional $10, the portion you decide to keep will appear as a bonus credited to your Mechanical Turk worker account, and the portion you decide to donate will be given to the charity you pick from the list below.

Note: You must pass the comprehension question and show no signs of suspicious responding to receive the $10. Receipt of the $10 is NOT conditional, however, on how much you choose to donate if you receive the $10.

Which charity would you like your chosen donation amount to go to? For more information, or to donate directly, please follow the highlighted links to each charity.

Against Malaria Foundation: “To provide funding for long-lasting insecticide-treated net (LLIN) distribution (for protection against malaria) in developing countries.”

Doctors Without Borders / Médecins Sans Frontières: “Medical care where it is needed most.”

Give Directly: “Distributing cash to very poor individuals in Kenya and Uganda.”

Global Alliance for Improved Nutrition: “To tackle the human suffering caused by malnutrition around the world.”

Helen Keller International: “Save the sight and lives of the world’s most vulnerable and disadvantaged.”

Multiple Myeloma Research Foundation: “We collect, interpret and activate the largest collection of quality information and put it to work for every person with multiple myeloma.”

[These charities were listed in randomized order.]

Since we wanted to explore the psychological basis of any differences in response, we also asked some follow up questions. For example, we asked participants how convincing they found the text, whether reading the text changed their attitude, and whether they donated more than they otherwise would have as a result of reading it. We also asked participants whether they were experiencing unusual financial hardship due to the pandemic and whether concerns about the pandemic had influenced their answers.

In the first round of testing, the mean donation rate was $2.88 out of $10. This was substantially lower than the mean donation rate of about $3.50 that we had seen in other versions of the experiment, which may have been due to the current crisis: The majority of participants reported at least “slight hardship” due to the pandemic, and 26 percent reported moderate or significant hardship.

The mean donation by argument varied from $2.22, for the apparently least effective argument, to $3.54 for the apparently most effective argument. However, it was not clear whether the arguments actually differed in their effectiveness. (A statistical test for difference in means was only marginally significant.) The best performing five arguments had mean donation rates from $3.10 to $3.54. In the second phase of our experiment, about 335 participants read each of these arguments, while 471 participants read the middle school science text.

The results were clear: All five of the arguments substantially outperformed the control condition. The mean donation ranged from $3.32 to $3.98 for the five arguments, compared to only $2.58 in the control condition. Thus, the null results of our earlier research failed to replicate with these new and presumably more effective arguments. Here are the results in a bar chart, with error bars representing 95 percent confidence intervals.

Many people in poor countries suffer from a condition called trachoma. Trachoma is the major cause of preventable blindness in the world. Trachoma starts with bacteria that get in the eyes of children, especially children living in hot and dusty conditions where hygiene is poor. If not treated, a child with trachoma bacteria will begin to suffer from blurred vision and will gradually go blind, though this process may take many years. A very cheap treatment is available that cures the condition before blindness develops. As little as $25, donated to an effective agency, can prevent someone going blind later in life.

How much would you pay to prevent your own child becoming blind? Most of us would pay $25,000, $250,000, or even more, if we could afford it. The suffering of children in poor countries must matter more than one-thousandth as much as the suffering of our own child. That’s why it is good to support one of the effective agencies that are preventing blindness from trachoma, and need more donations to reach more people.

When we asked Singer and Lindauer to verify their claim about the cost of treating trachoma, they referred us to a book chapter in Disease Control Priorities in Developing Countries, from 2006, which estimates a cost of $7.14 in 2004 U.S. dollars for a treatment with a 77 percent cure rate. Singer and Lindauer raised the estimate to $25 to err on the conservative side and account for inflation.

Now although the trachoma argument only won by a nose, in our follow-up questions about participants’ attitudes toward the text, it won handily. Participants not only actually donated at rates substantially above the rates in the control condition, but also said they donated more than they would otherwise have, and that the text was persuasive. This was not as true for the other texts, none of which were significantly different from control on such measures.

Hopefully, we can replicate these results after the pandemic is over. In the meantime, I draw the tentative conclusion that the presentation of texts like Singer and Lindauer’s can indeed lead people to donate more to charity than they otherwise would have, contrary to what was suggested by some of my earlier null results. Singer and Lindauer’s text not only won the contest but stood out in tending to produce positive reactions from its readers, compared to the other arguments we tested.

Eric Schwitzgebel is a professor of philosophy at U.C. Riverside. He is interested in the connections between psychology and philosophy of mind, especially the nature of belief, the inaccuracy of our judgments about our stream of conscious experience, and the tenuous relationship between philosophical ethics and moral behavior. His most recent book is A Theory of Jerks and Other Philosophical Misadventures. He blogs at The Splintered Mind, where this post originally appeared.

See the bottom of the original post for an appendix containing the other four finalist arguments. Schwitzgebel cautions against making inferences based on specific features of the trachoma argument that are not also shared by these other arguments which performed similarly.

1. See here for a brief write-up of one version of this paradigm.