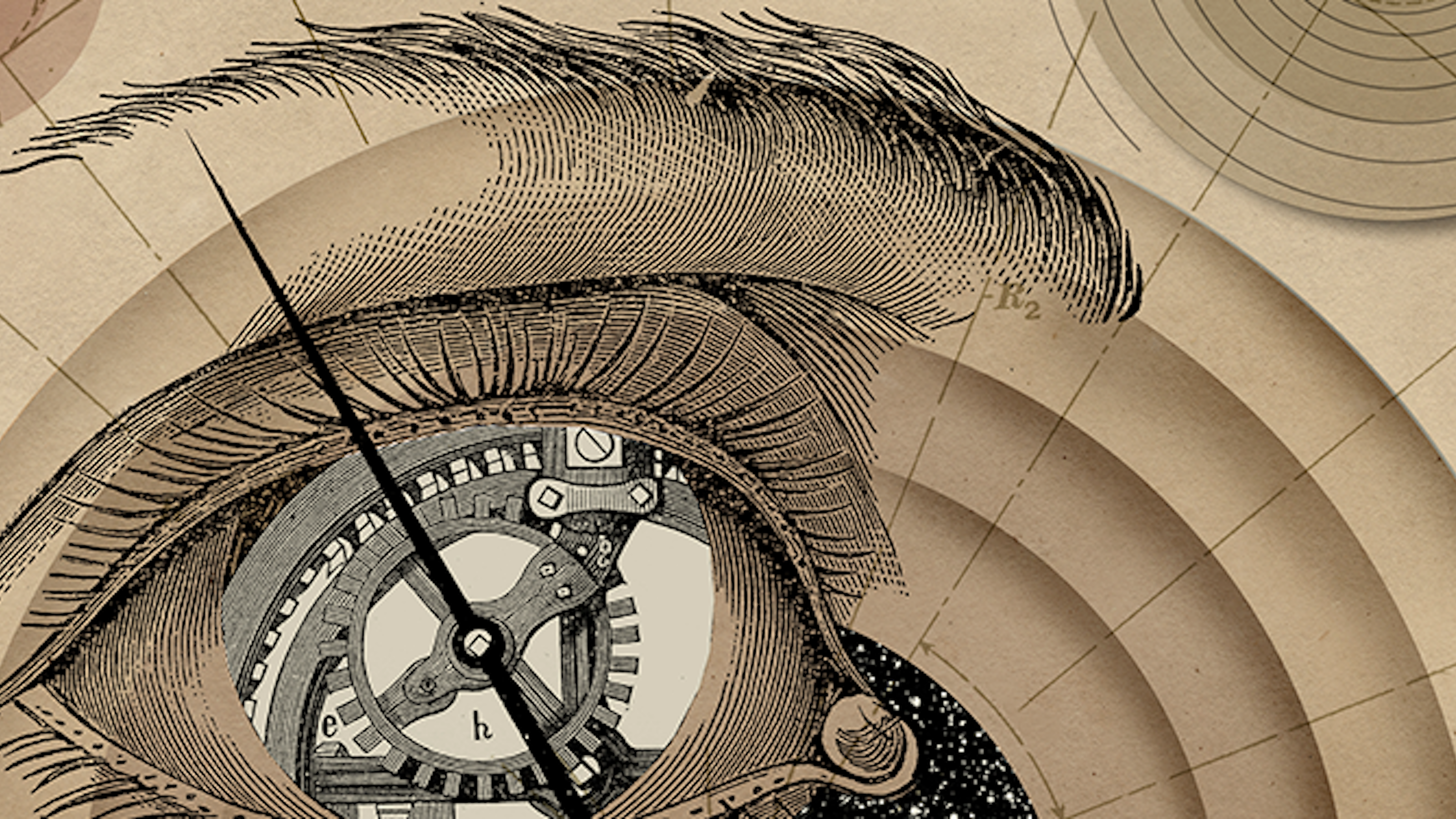 There’s a ticking bomb in the corner of your awareness. The danger isn’t the bomb, though—it’s the clock. Time, that most pedestrian, over-measured, and tightly regulated quantity of our daily lives, is in a perpetual state of crisis.

There’s the problem of what to do with your time, of course. We’ll leave that as an exercise for the reader. But there are some bigger issues. For instance: Nobody knows what time really is. Imagine a universe in the distant future, which may very well consist of a diffuse and completely unstructured skein of homogeneous matter. Many physicists contend that, because time can’t be measured in such a universe, time won’t exist. Therefore time has to end. But when, and by whose clock? And if it ended, did it begin?

The difference between future and past is in trouble, too. Quantum mechanics describes a blurry kind of time, that can’t be measured exactly. Once time blurs, so do causality and directionality. Did we cause something in the past by doing something in the future? Hard to say.

Then, in typical fashion, we humans obscure things even further. We stretch, compress, cut, and stitch time together to suit our own ends, then lie to ourselves about doing it. In many ways we are actually in a war with time: We fight our body’s clocks, our mind’s clocks, and the Earth’s clocks. Some of these battles are going our way, letting us wrestle our own definitions onto the stage. In fact, we are today painting an historic new tick mark on our planet’s clock face by ushering in the Anthropecene Era, humanity’s very own layer of a distant-future fossil record.

Join us on a contemporary trip through that oldest of issues.