Universal Remoteness: What the Multiverse Means About Us 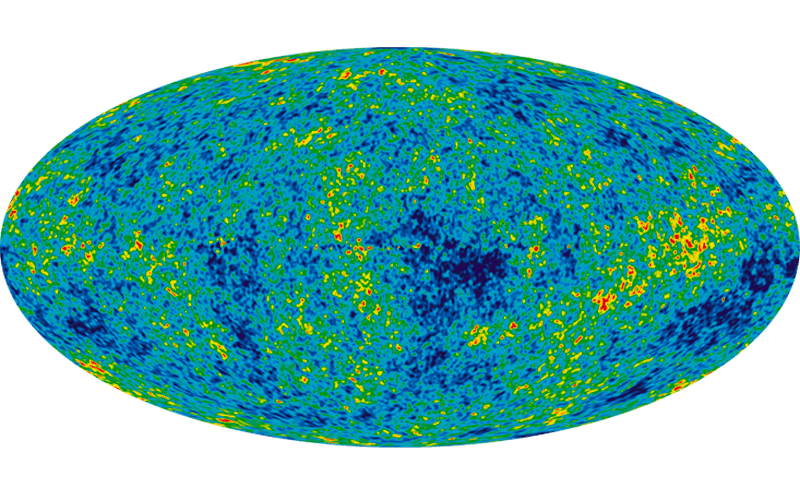 Our
Universe is vast and mostly empty. Even if many of the billions of
planets we suspect are out there have life, most of the cosmos is
uninhabitable, and those worlds are unreachable by any means we know.
That’s just within our galaxy, which is one of about 100 billion in
the part of the universe we can see (the “observable universe”),
which itself is only part of a bigger universe, which may extend
infinitely in space. Then there’s the possibility, arising as a
consequence of several theories, that that universe is but one part
of a multiverse. All these things understandably can lead to feelings
of insignificance.

That’s
the entry point Adam Frank used for his recent Nautilus post: Is this universe at all special, especially in light of the
possibility that it’s just one small part of a multiverse?
If our observable universe is one of many, but the only one that can
support life, does that somehow restore us to special status? Frank
connects this question with the Copernican principle, a concept
central to modern cosmology.

In the
four centuries since his major published astronomical work,
Copernicus has become a symbol for scientific revolution: changing
the way we think about the world from received wisdom to empirical
knowledge. The
Copernican principle
is actually an extension of Copernicus’ ideas rather than something
he wrote. The central pillar of this idea is that not only is Earth
not the center of the solar system, it doesn’t occupy a privileged
position in the Universe as a whole. A bug-eyed alien astronomer from
planet Gleethnorp in a distant galaxy would count more or less the
same number of galaxies in the observable universe that we do,
scattered in more or less the same way. What
if we wanted to look at galaxies not from planet Gleethnorp but from
an entirely different “pocket” universe—would things look the
same there as they do in our local cosmos? It’s unlikely. Many
multiverse models include the idea that the other pocket universes
separate from ours might have different physical parameters, meaning
they might be completely unable to support life. The bit of the
cosmos we inhabit has just the right values for certain physical
properties—the relative strengths of forces, for example—for life
to exist. The question of why our universe seems so perfectly set up
for us to be here is called the “fine-tuning” problem. A slight
alteration to some parameters would result in a universe incapable of
bearing life, or devoid even of stars and galaxies. That is still in
keeping with the Copernican principle, since other pocket universes
aren’t connected to ours, and no position within any of them is
special. Nevertheless, as Frank wants to know, is our
pocket universe special, somehow privileged?

The
multiverse is profoundly uncomfortable to many people, but it’s not
just an idea (or a “meme,” as Frank puts it).
Inflation—the extremely rapid expansion of our cosmos during its
very earliest moments—almost certainly would produce regions that
have never been in contact with the one containing our observable
Universe. In that sense, we get a multiverse as a consequence of the
theory with no extra assumptions, as each of those pockets would be a
parallel universe, inaccessible from ours, and possibly having
different physical parameters than ours. That could solve the
fine-tuning problem, if we can establish what the possible range in
physical properties could be between the different pocket universes.
The multiverse could include an enormous number of pocket universes
with different parameters, and we just happen to be in one where
stars, and star-nosed moles, can exist.

The
best evidence for inflation comes from the cosmic microwave
background (CMB, seen at the top of the post): the radiation left over from when the observable
Universe became transparent, about 380,000 years after the Big Bang.
The temperature of this radiation barely fluctuates over the entire
sky, even though regions on opposite sides of the observable Universe
were never in contact if the cosmos expanded at the rate we see
today. Inflation explains that those regions were
in contact when the Universe was very young, and the rapid expansion
carried them far apart before the CMB formed. Inflation isn’t a dead
certainty—most cosmologists accept that it probably happened, as
observations have mostly ruled out its alternatives, though we need a
new type of measurement to see its effects more directly.

A
multiverse also arises in string theory if you consider each of the
10500
or so possible “vacuum states”—known as the “string theory
landscape”—to be a separate pocket universe. In either the
inflationary or stringy case, the existence of pocket universes is a
question of physics, not metaphysics (philosophy about
existence)…though as with the
question of what came before the Big Bang,
it may be hard to establish their existence. Personally, I’m not a
fan of the string theory landscape (and neither are all string
theorists), but I’ve reluctantly come to accept that the inflationary
take on the multiverse is probably real—with the usual scientist’s
disclaimer that I’m willing to be convinced if the evidence
contradicts me. In any case, one need not invoke string theory to see
the possibility of a multiverse in the observable universe we have.

We
know that the universe is capable of supporting life, and that any
physical parameters must be consistent with that obvious fact. Beyond
that, we can’t go yet: We have no more evidence for multiverses than
we have evidence for life beyond Earth—though it’s reasonable to
think both exist. The uncomfortable possibility is that there are other pocket
universes, but we’ll only ever know about them indirectly. That
doesn’t make them any less real, just discomforting.

Fine-tuning
is a bona fide puzzle, and the multiverse may not solve it, depending
on what parameters are possible for other universes. Even a large
number of parallel pocket universes doesn’t lead to infinite
possibilities. (If you could check all of the 10500
possible universes in the string theory landscape, you’ll still
never find a a low-mass object holding a high-mass object in orbit,
or a universe where am I a fan of the Star
Wars
prequels.) So without knowing more about the finite possibilities for
other universes—or indeed if they exist—it’s impossible to say
whether our particular universe is special.

In
any case, metaphysics didn’t invent the multiverse, and it won’t
solve the fine-tuning problem.