Unlikely Story: The Swordfish With a Nose Ring 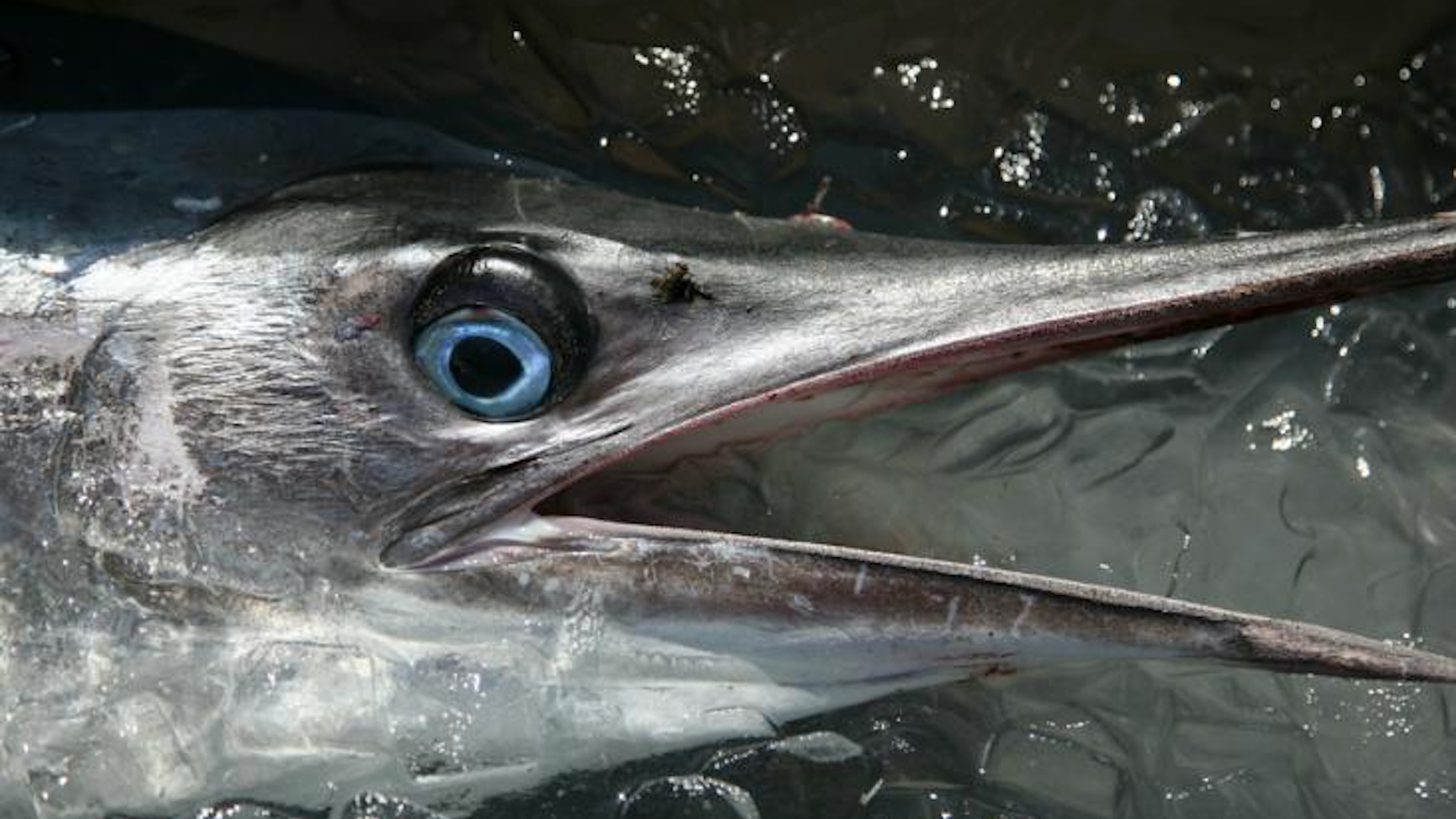 The evening after that haul, while I reviewed the day’s catch data as the crew set out the line, I marveled at the thought of how this fish’s bill had moved or thrashed in just such a way that it skewered a piece of plastic adrift on the sea. It seemed like bumping into a needle in a haystack the size of Nebraska, and then threading that needle. What were the odds that this could happen? Were there any other swordfish out there whose bills had been warped by way of accidentally wearing humankind’s buoyant garbage? But as the trip progressed and the weather improved, I got a better look at what was in the water, and I noticed how much trash punctuated the monotonous, beautiful blue of the central Pacific. There were drifting fishing gears such as the piece of trawl net that sheltered the young turtle, tangled masses of polypropylene rope, bottles and cans, and thousands of smaller bits of plastic junk. We weren’t far from the notorious garbage patch that swirls in the North Pacific gyre, where seabirds—including some of the albatross species that followed our boat—mistake cigarette lighters and tampon applicators for food, then regurgitate them for their newborn chicks, effectively killing them. Maybe it was not so unlikely that a swordfish could spear a piece of this garbage and end up with a plastic nose ring.

A decade later, the deformed swordfish bill sits alongside a straight bill on my front porch in suburban Massachusetts, reminders of a more interesting but too-dangerous time of my life and our species’ dubious legacy at sea.