What Do Blind People Actually See?

To try to understand what it might be like to be blind, think about how it “looks” behind your head. 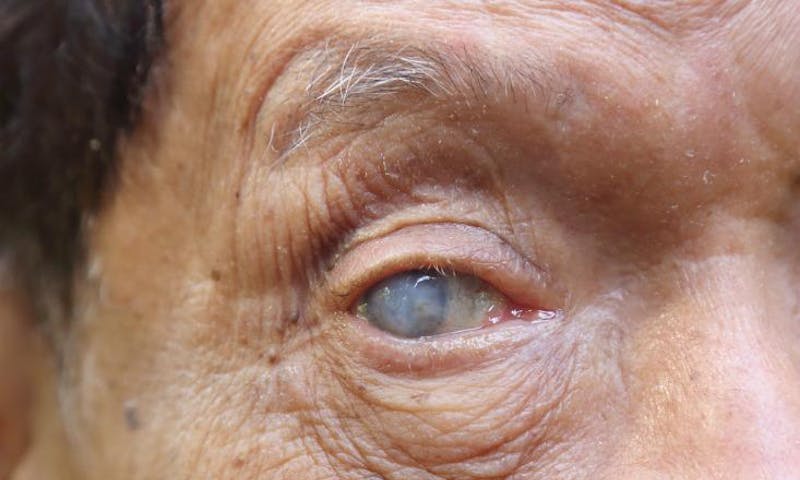 In 2004 Peter König made a special belt: one that always vibrated on the side of it facing north. Put on the belt and face north, and it would vibrate in the front; turn to face west and it vibrated on the right side. König, a cognitive scientist at the University Osnabrück, Germany, gave it to a man named Udo Wächter to wear as part of a pilot study. After just six weeks, Wächter had developed an amazing and much-improved sense of direction. Even in a town 100 miles away, he could immediately point to his home.

You might know the direction of north at any moment, based on your surroundings, but we infer it from landmarks we see around us. We can’t sense north in the same way that a loggerhead turtle, a migrating bird, or even Udo Wächter could.

What does a blind person see? (It seems that blind people get asked this all the time.) Your first guess might be that she sees a vast blackness. But imagine telling a goose (who doesn’t know much about humans) that you can’t sense Earth’s magnetic field. The bird, baffled, asks, “So, what do you sense when you change the direction you’re facing??”

That is what happened to Mr. Wächter with his belt. His brain, exhibiting plasticity, was able to map the vibrations felt on the skin of his waist to his sense of direction previously informed only by vision.

When the belt experiment was over, Wächter felt lost. For the most part, he did not feel a vague, directionless vibration in place of the real vibrations he’d previously sensed—although he did at times feel some “phantom” vibrations.