One question for Katarzyna Jaśko, a social psychologist at Jagiellonian University in Poland. 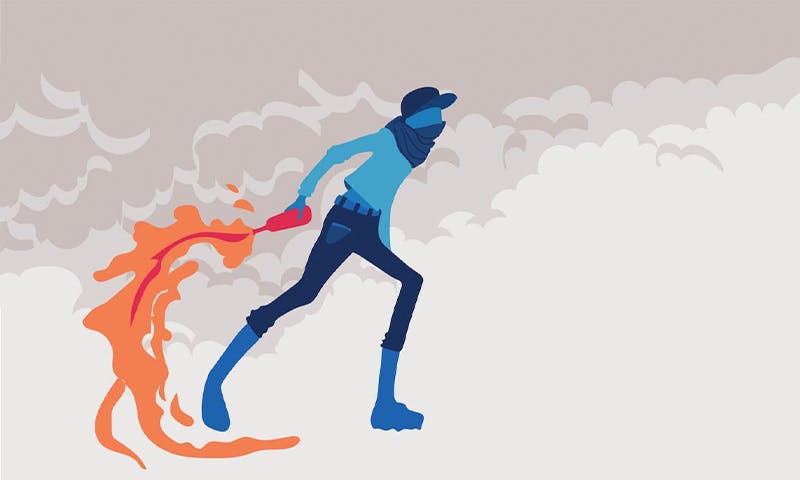 One question for Katarzyna Jaśko, a social psychologist at Jagiellonian University in Poland who studies decision-making and the mechanisms that influence the perception of social justice in unequal intergroup settings.

The Salman Rushdie stabbing was a very clear example of political violence motivated by an ideological cause. When people have a sense that an issue is moralized and start thinking about it in terms of good or bad, they are more willing to use extreme measures to defend the cause that they start perceiving in moral terms. When you think of your ideological goals as being super fundamental and moral, maybe you’re then more likely to use very extreme means to defend moral values.

In our recent study, we examined a United States dataset going back to the 1940s. It consists of 1,500 people who committed crimes, which could be violent or non-violent, but all were ideologically motivated. According to that dataset, acting on behalf of a right-wing cause or an Islamist cause made it more likely that the act was violent. Acting on behalf of a left-wing cause made it less likely that the act was violent.

As a next step, it would be interesting to differentiate aspects within left-wing and right-wing extremism. Some people, for example, suggest that in recent years you can observe greater violence in the context of Islamist extremism because the religious aspect of Islam’s ideology has become more dominant.

Part of the Iranian fatwa calling for the murder of Rushdie included a reward for not just money but also glory. This touches on a part of the theoretical model we’ve been working with for quite some time—a quest for personal significance as motivation for political violence. Personal significance is basically a desire to feel recognized, respected. When you feel humiliated, discriminated against—these are the conditions that are more likely to result in support for violence, or engagement in violence. Research shows that a promise of glory, or a certain reward which doesn’t have to be monetary, partly motivated people who joined ISIS and other terrorist groups.

You could infer from the attack on Rushdie that religious causes are more likely to be perceived in terms of absolutely good or bad, but it doesn’t have to be associated with religion. What would be interesting, and what we are thinking of doing next, is dividing the right-wing category into religiously motivated individuals and far-right individuals not really motivated by religion, to see whether there’s different tendencies to use violence.

Some studies suggest that individuals drawn to conservative causes, both Islamist and right-wing, are more oriented toward social dominance—less egalitarian, less open-minded. It might be related to greater support and willingness to use violence if you have this view of the world, that groups or individuals are structured in a hierarchy, and some groups are more deserving, and have a right to dominate other groups.