The remarkable travel itineraries of animals. 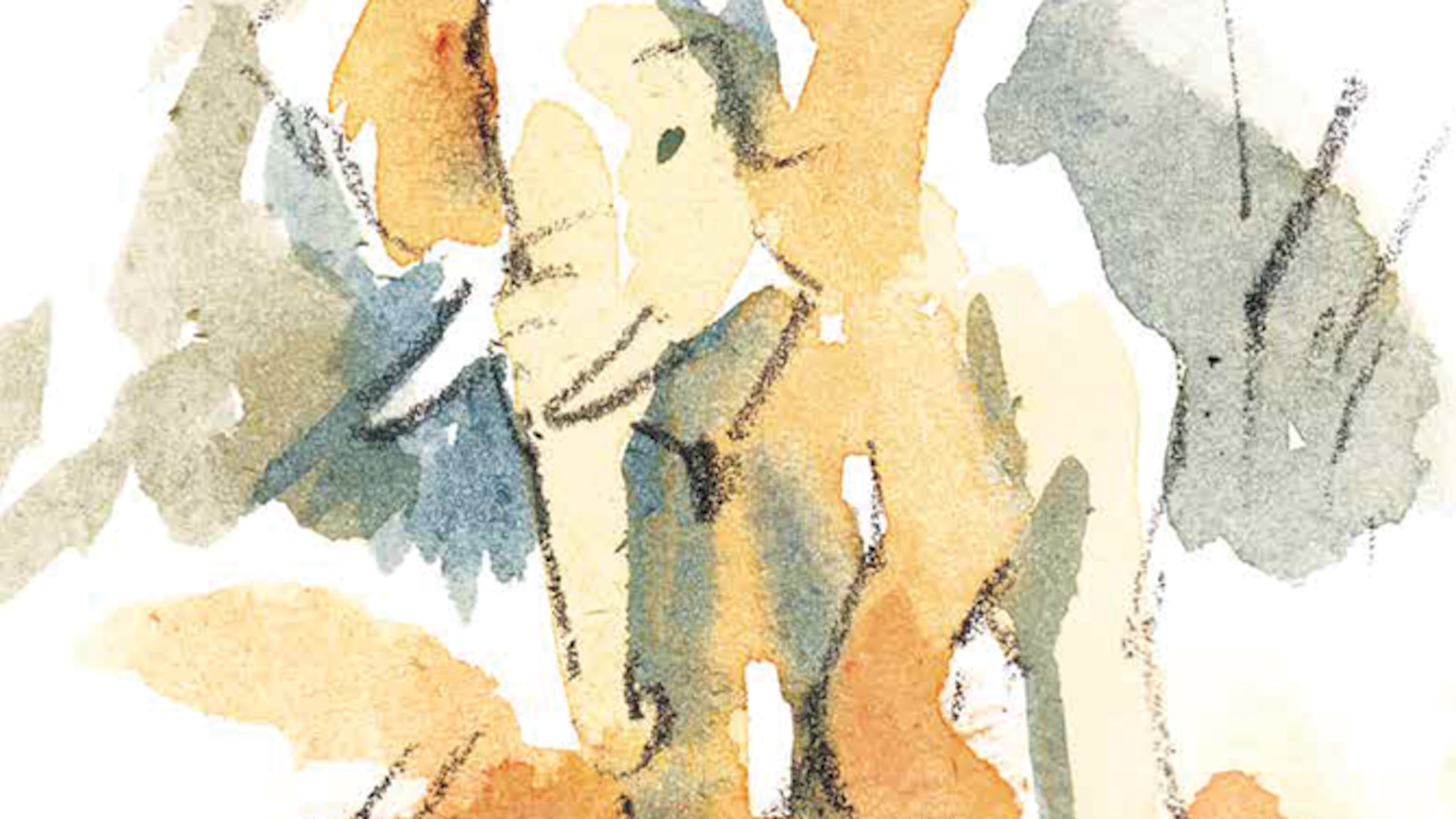 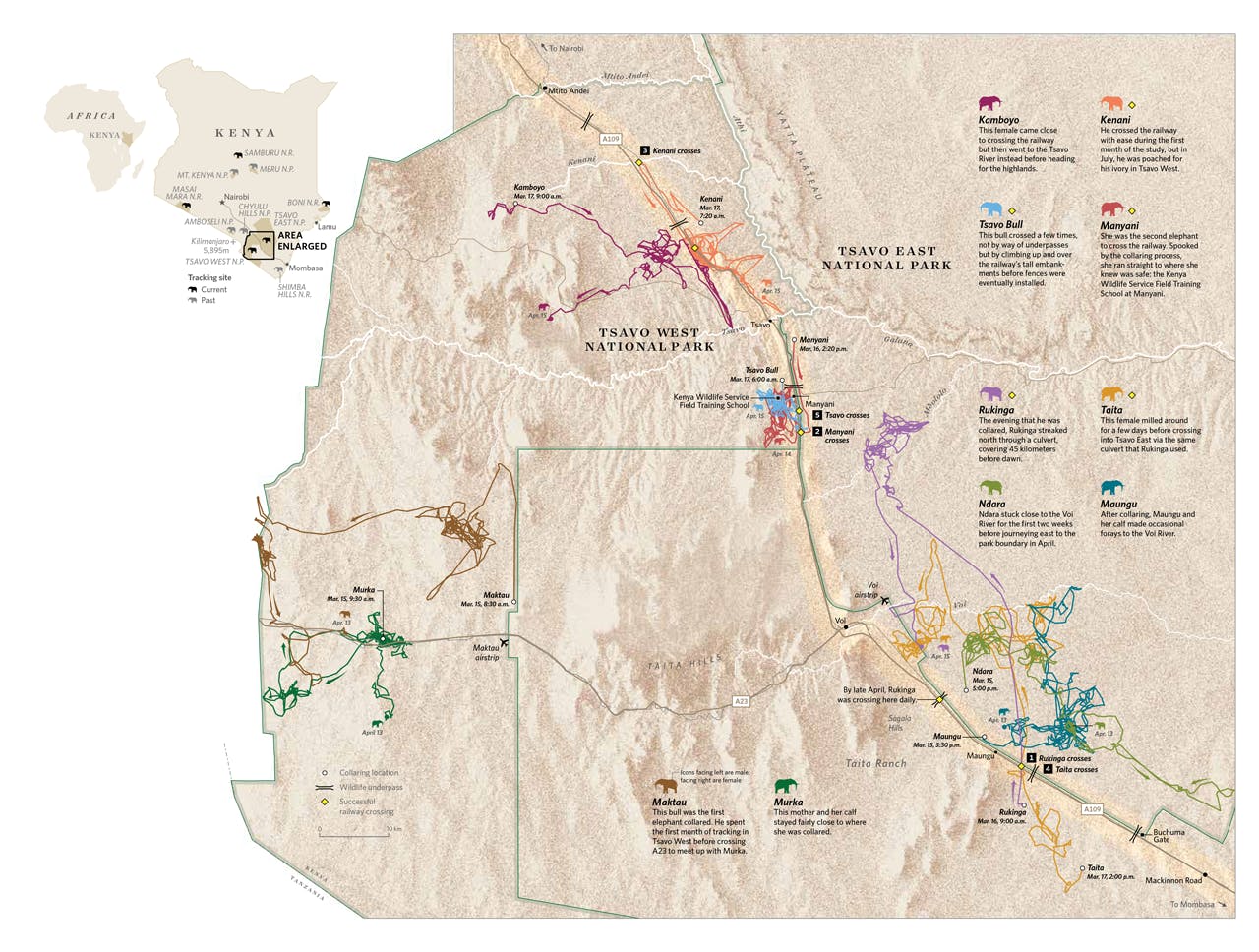 In March 2016, Save The Elephants (STE) and the Kenya Wildlife Service collared 10 elephants to assess how the animals were adapting to a new railway bisecting Tsavo National Park. 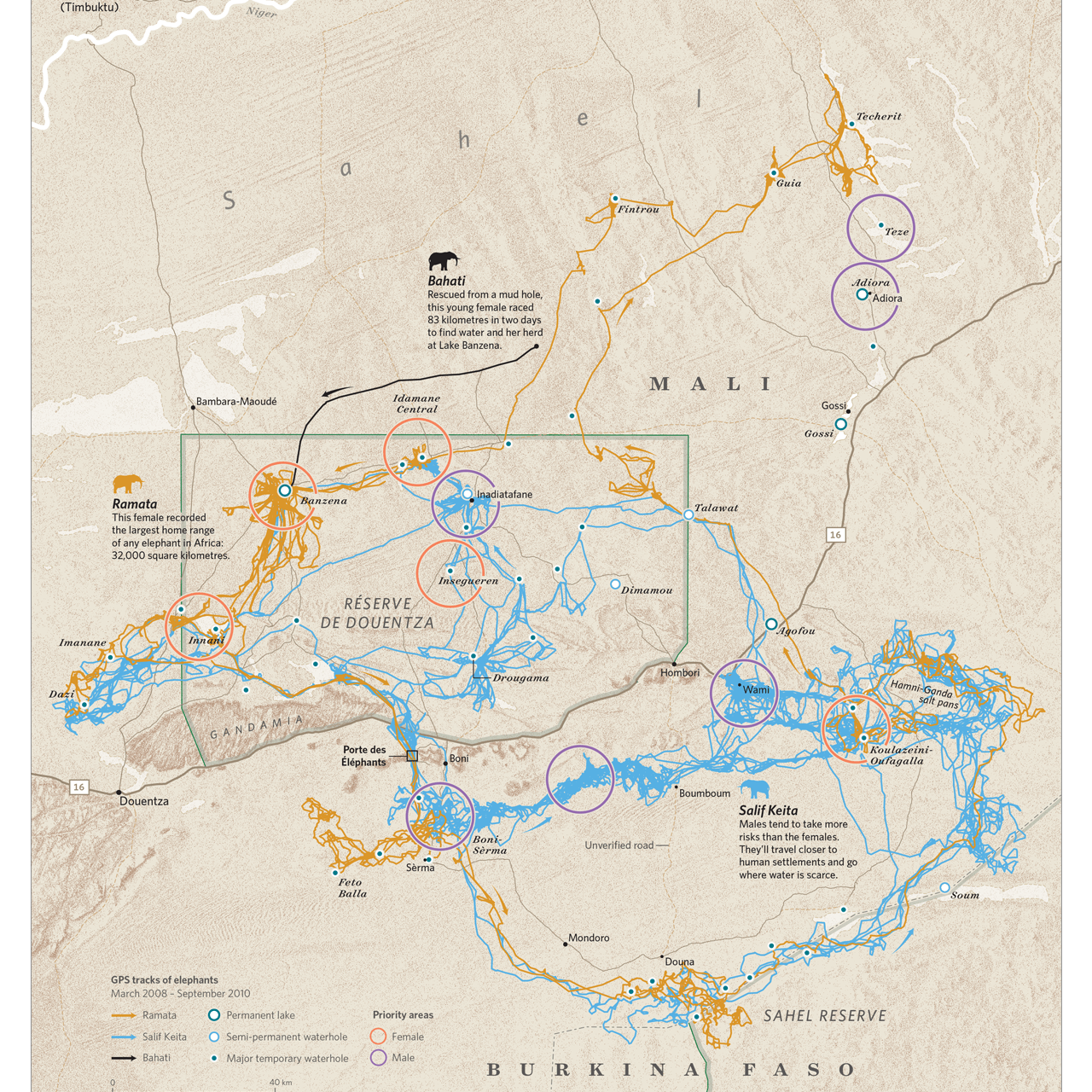 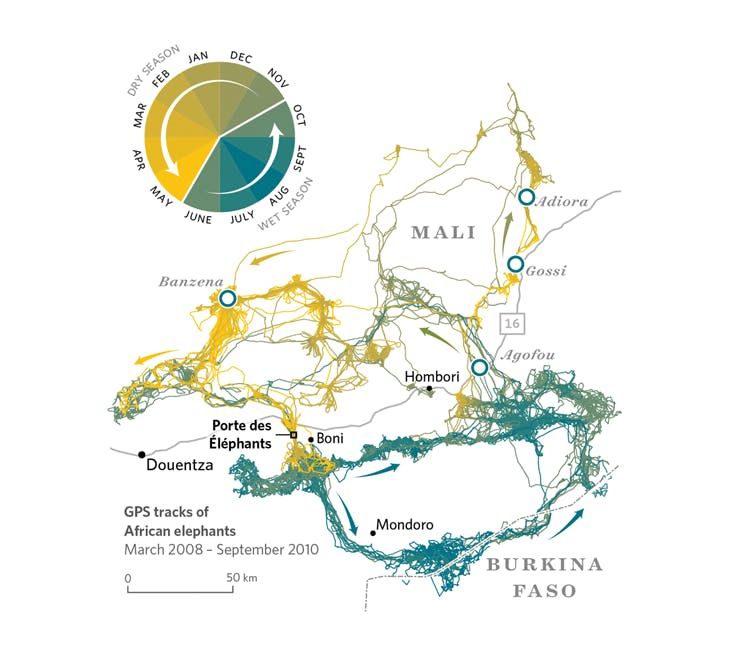 At the end of the dry season in May, temperatures in this region can exceed 50 degrees Celsius. Shallow lakes dry up. The herds cling to Lake Banzena until the June rains permit them to move on to forage farther south. 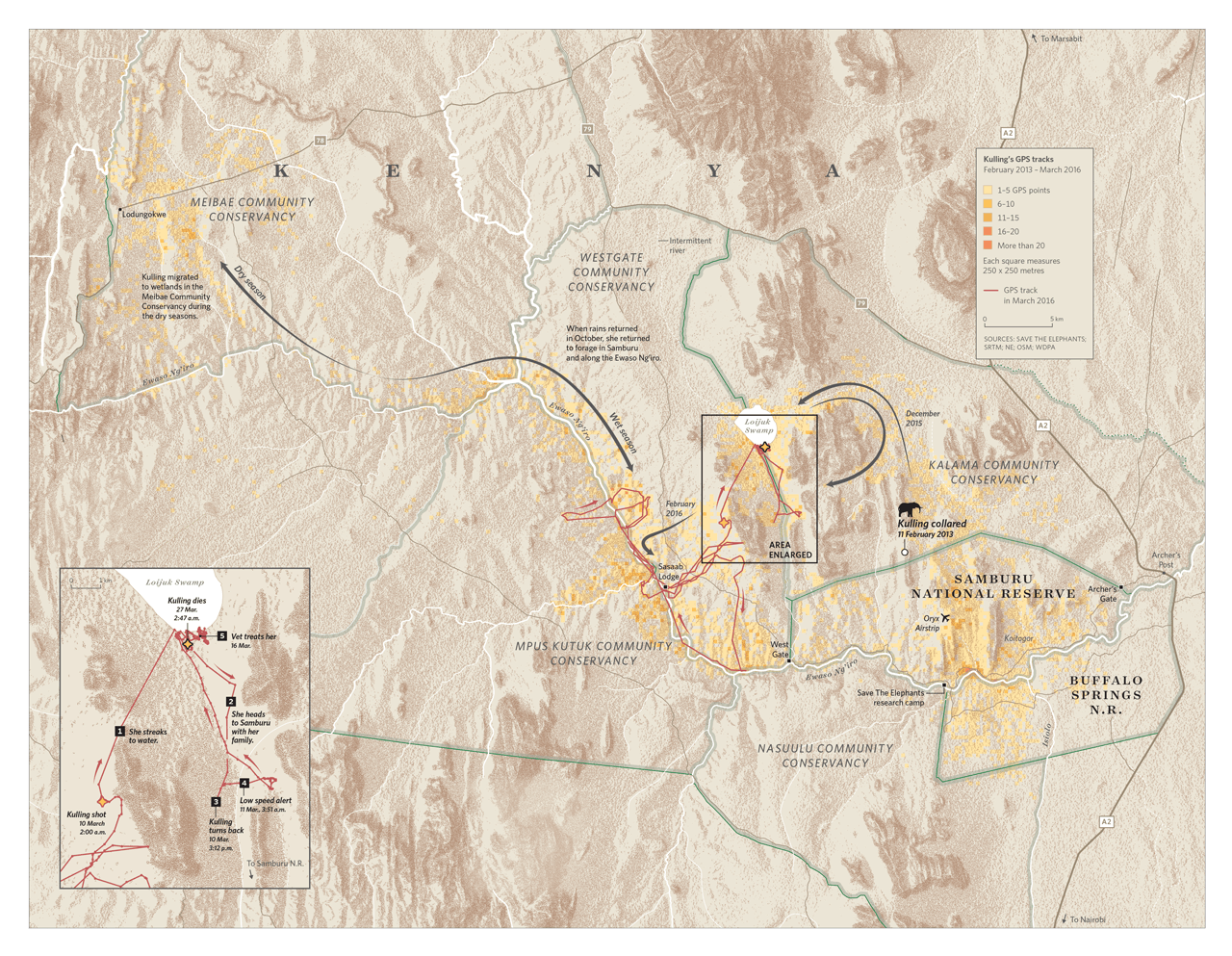 In 2011 and 2012, more than 30 elephants were poached in the regions south of Samburu in a span of three months. 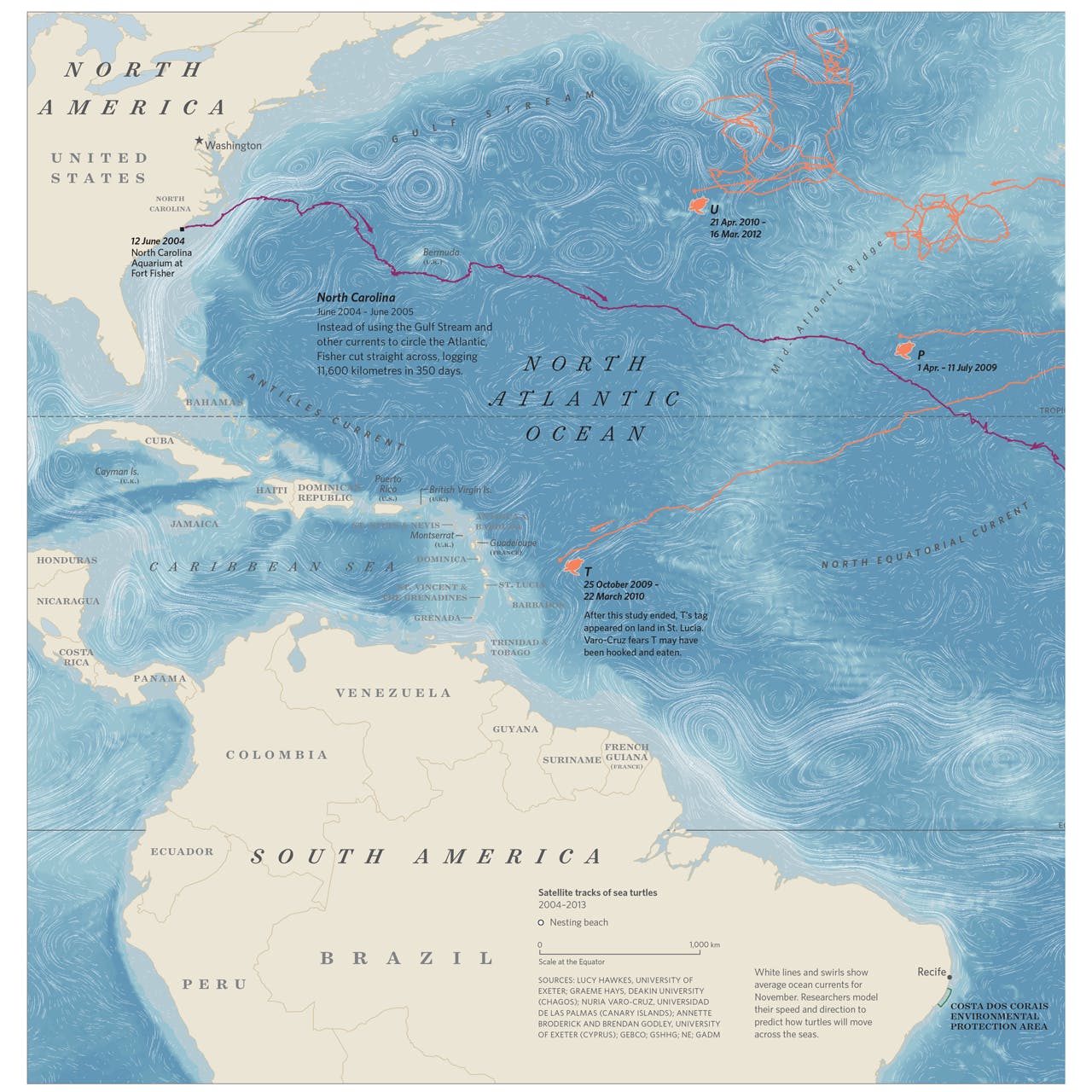 The orange and purple lines show the journeys turtles take across the Atlantic Ocean. 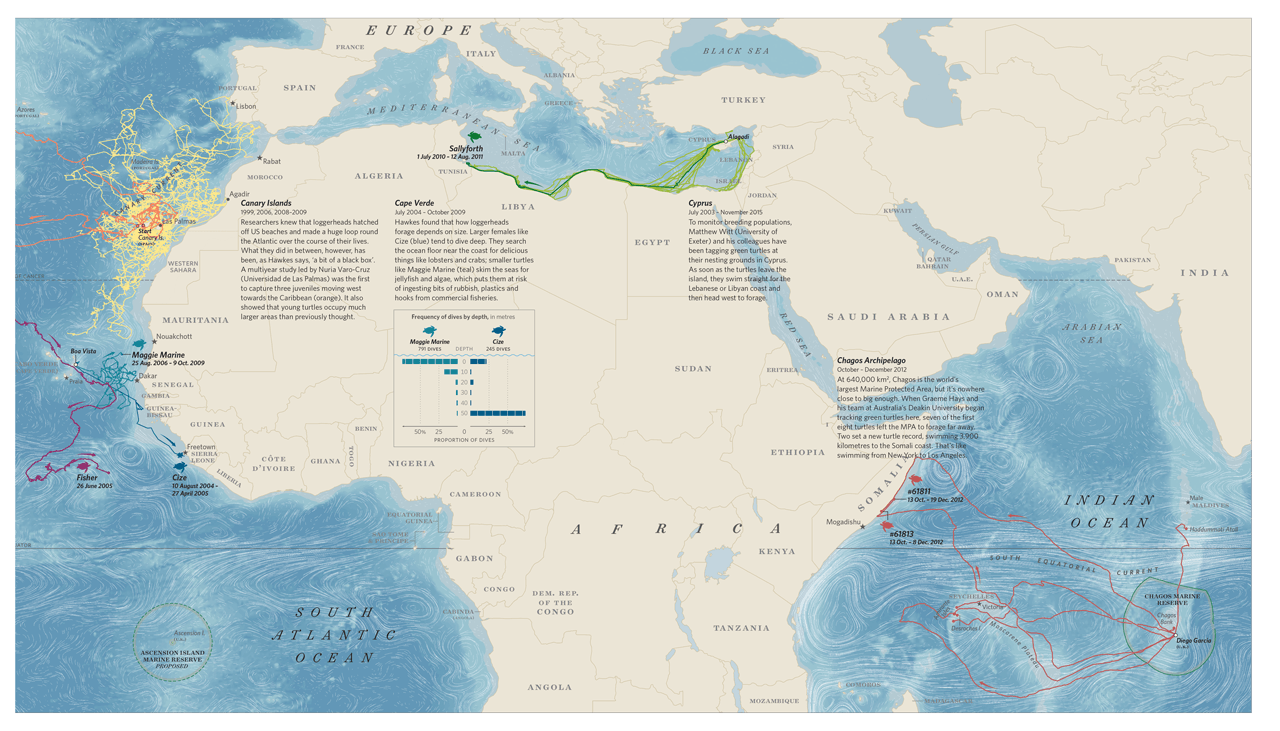 To protect animals you need to protect where they go. Using low-tech flipper tags, Archie Carr, one of the pioneers of sea turtle tracking, tracked green turtles to their nesting and foraging spots, both of which will soon be Marine Protected Areas.