Why Did My Patient Leave Me?

A patient’s departure is a critique that can help you become a better doctor. 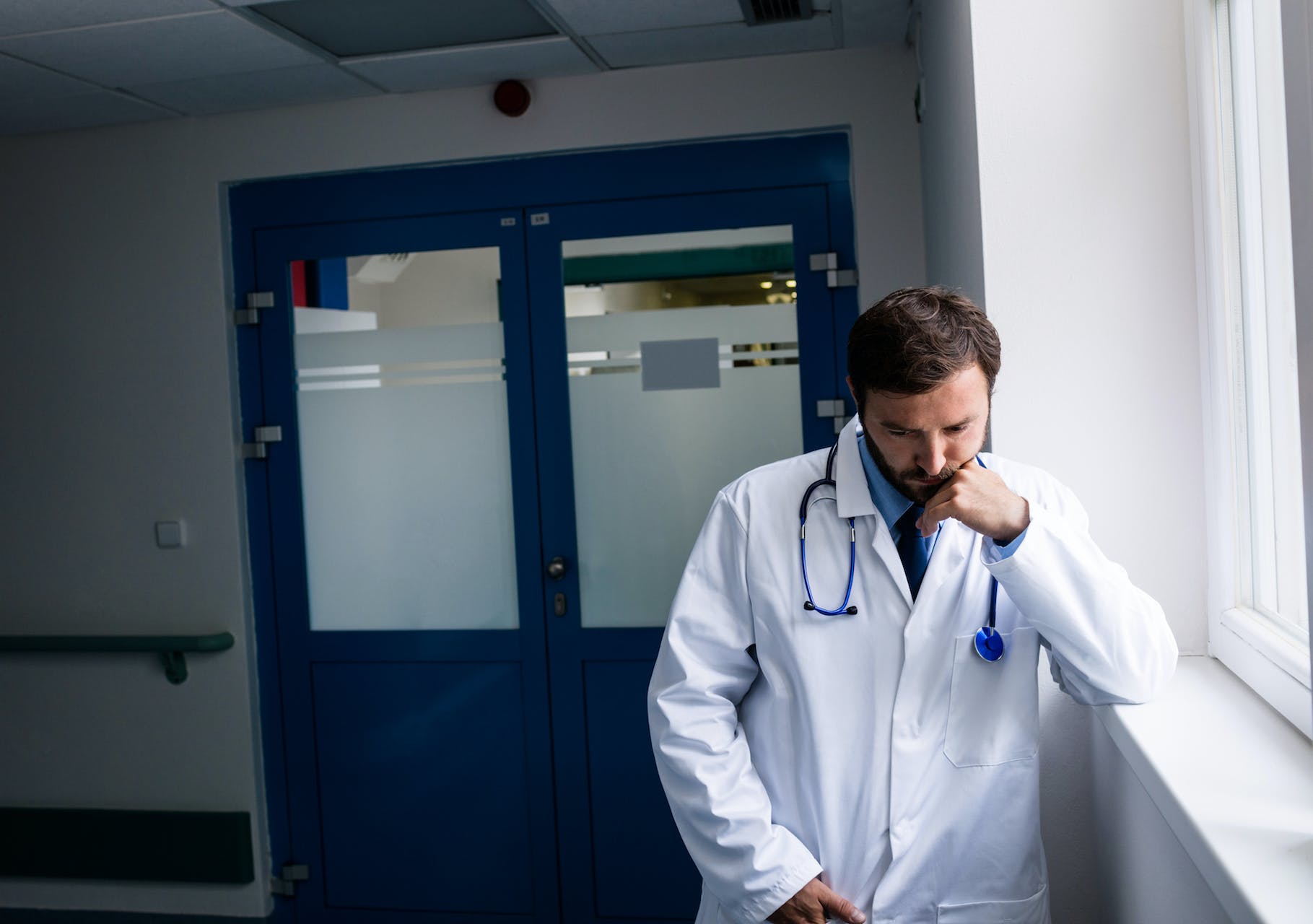 I thought the visit went well. I walked in with a warm hello, shook hands, introduced myself, sat down, and began to listen. No computer screen was open, no interruptions occurred, and I was present. I heard the story, performed an examination, and then we discussed the diagnosis, prognosis, and treatment options. The patient and her daughters had many questions, and I tried to address them all. We warmly smiled at each other, set up a plan for new imaging, and scheduled a visit thereafter to finalize our next course of action.

Except a week later I noticed my patient was no longer on my schedule and the nurse told me that she called to cancel her follow-up appointment. She was going elsewhere. No need to call back.

Fresh out of a fellowship that routinely saw patients for clinical trials and second opinions, a patient leaving after my first opinion felt like a personal failure. Why would she not stay? Was I too pessimistic, too optimistic, too confusing, or not confident enough? Did I seem too young or too new? I spent days ruminating in my spare time, wishing it were appropriate to call her and ask why she chose to never return. While having a conversation with her referring urologist about a different patient, the topic was not broached by either one of us. With no clear resolution available, I tried to push the unsettling feeling away. At the time, I did not appreciate that the experience would not be unique, that many patients who would choose to leave my care would do so without my fully understanding why, and that learning from those experiences is challenging.

Patients who leave fall into two general categories: the more frequent cases of those who come once and never return, and the more rare, but also more painful, instances of those who switch physicians after a relationship has been established. Sometimes it is easy to accept these events—coming for a confirmatory second opinion, moving care closer to home, or seeking a clinical trial elsewhere are practical and understandable. In oncology, delivering bad news or broaching the notion of hospice may sometimes trigger anger, resentment, and a belief that the doctor is giving up, leaving little doubt as to the cause behind a patient switching care. Often though, the reason a patient does not return is murky, personal, and difficult to discern.

A lack of patient feedback impedes a physician’s evolution and improvement.

A 1930 address by a South African physician reminded the younger doctors that “when they grew older they too would puzzle why patients left them for some inexplicable reason…but examining the various reasons and considering the inevitability of the course of events may make us more content and more sociable members of both our profession and the community at large.” My more seasoned colleagues echo this sentiment, saying that it gets easier, that one simply accepts the fact that some patients will leave, that not all relationships work out. Yet, even they seem dejected, frustrated, and puzzled when speaking about patients who have left their care. A 1963 study from the United Kingdom examined the psychologic consequences to primary care physicians when patients left them. The authors found that “doctors were quite disproportionately upset when their patients left them, not because their livelihood seemed endangered, but because it constituted a threat to their self-esteem.” A patient leaving led to “vague uneasiness to deep disquiet.” Confronting the loss of a patient not due to illness but to choice, to feel suddenly interchangeable and distrusted, is difficult and uncomfortable.

There are few data on the rate or motives behind patients leaving a doctor. A 1957 paper discussed 13 reasons patients may change physicians, emphasizing a failure to inspire confidence, establish rapport, and demonstrate friendship for the patient. A more recent qualitative analysis of patients’ online comments about their physicians suggested that a multitude of factors—including the interpersonal manner and technical competence of a doctor, but also system issues that are outside the direct patient-physician interaction—are important in forming a patient’s opinion of a physician. The attributes that are desired in a physician were characterized in a survey of 192 patients seen by various specialists in the Mayo Clinic system. The patients described an ideal physician as someone who is confident, empathetic, humane, personal, forthright, respectful, and thorough. Although some physicians are naturally gifted in the aforementioned virtues, many of us, as with any other skill in medicine, can stand to improve.

Unfortunately, direct feedback from patients is rare and, thus, opportunities for personal growth and self-reflection are routinely lost. Not long ago, an 82-year-old man whom I had been taking care of for prostate cancer for nearly 2 years abruptly switched care. At our final visit together, I presented him with a clinical trial, because his disease was progressing. We left with a plan to reconnect in a week after he had a chance to think about the trial, but, as with my previous patient, he suddenly disappeared from my schedule. Baffled, I gathered the courage to call him. He graciously took the time to explain his thought process. It turned out that he felt I failed to truly give him options, already pigeonholing him into the clinical trial, explaining my rationale poorly, and seeming to provide no alternative treatments. He left confused and had lost confidence in my care. As difficult and painful as it was to hear, I felt relieved in knowing why my patient had left. The feedback was appropriate and valuable. It has led me to change my approach to presenting clinical trials and reminded me not to presuppose the right treatment of any patient. Still, it is rare for a call to a patient to feel appropriate, and patients may be hesitant in volunteering the reasons behind a decision to leave.

Although I have been told that the sting of a disappearing patient will dull with time, perhaps I should not let it.

Simultaneously, second opinions and “doctor shopping” are increasingly commonplace. Patients who switch into my care often tell me why they made the decision, but there is no cultural precedent for conveying that information to the former doctor. Instead, a polite letter or a vague conversation is the accepted norm—having a frank discussion with a fellow physician about what happened is unpleasant and usually avoided. Valid, specific, and granular information on one’s performance is also often not available. Although many physician rating websites exist, and aggregated survey results are often available on a quarterly or yearly basis, meaningful qualitative narrative feedback is in its infancy. A lack of patient feedback impedes a physician’s evolution and improvement. As a result, its absence makes the event of a patient leaving—a potential surrogate marker for a performance evaluation—even more powerful and unsettling.

It is unclear whether patients want to speak to their former doctors about why they chose to leave, whether physicians’ offices contact the former patients to inquire, and whether such inquiry is appropriate. Even if feedback is given to an office staff member, the interoffice dynamics may lead to the essence of the cause for a patient switching care being diluted, as no one likes to make colleagues (and, in some cases, an employer) feel bad. An alternative method I recently tried for established patients who leave is writing a letter inviting them to a conversation if they so choose, without making them or me uncomfortable with an uninvited telephone call. Even if not accepted, such a gesture, if genuine, may alleviate tension and lead to appropriate closure for both the patient and physician.

Several years have passed since my first patient did not come back, and although I have been told that the sting of a disappearing patient will dull with time, perhaps I should not let it. A patient’s departure is a critique, one that can be used to gain insight into and improve one’s practice of oncology. The skills required to instill confidence and to be responsive to the individual needs, emotions, and clues of the patient can only be partially taught during medical training and must be developed continually through practice and, ideally, through feedback. Attempting to engage our patients in a dialogue can be part of collaborative, patient-focused care, and perhaps a path to becoming a better physician. A patient leaving is sometimes an unavoidable and, at times, appropriate part of medical practice. But getting an opportunity to learn from each interaction can be a valuable part of a physicians’ development, without which we are apt to repeat the same mistakes.

Reprinted from the Journal of Clinical Oncology.