Why Do Americans Own More Guns Per Capita Than Anyone Else?

One question for Jennifer Carlson, a sociologist at the University of Arizona. 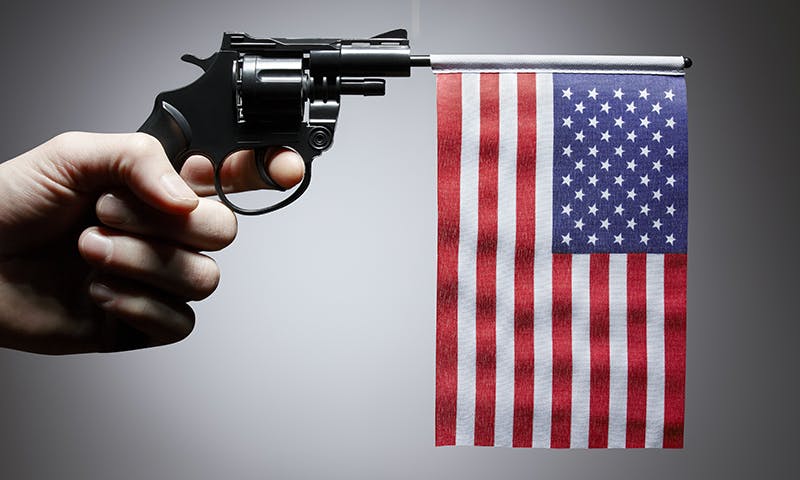 One question for Jennifer Carlson, a 2022 MacArthur Grant-winning sociologist at the University of Arizona and author of the forthcoming book Merchants of the Right: Gun Sellers and the Crisis of American Democracy.

Why do Americans own more guns per capita than anyone else?

The legal structure makes it possible. The social structure makes it urgent. If you talk to people who own and carry guns, their number one reason for doing so is for self protection. This is really clear if you walk into a gun store and start talking to people. It’s very clear from the survey data. That’s actually historically new. Even as recently as the 1990s, people were saying hunting was the number one reason they owned guns. That’s not to say protection wasn’t an element before, but that it’s so central to defining what it means to own and carry a gun now is really important.

I write about this in my book Citizen Protectors. The politics of guns became reconfigured under what’s been called the “war on crime,” this central focus on crime as a dominant problem in American society—immigration, poverty, and so on, become a problem of crime. On guns, if you look back to the 1960s, there’s this survey data that I always refer to, and it’s the question of, “Should handguns be banned in the United States?” It’s a litmus test of the place that guns occupy in the American imaginary. Handguns are both the self-defense gun of choice, but also the dominant crime gun. The 1960s were the last time that more people responding to the survey questions said that they supported a ban over opposing a ban.

Now 75 percent of Americans oppose this ban, which gets us to what happened in 2020, which is that part of what has happened under the war on crime is that a lot of resources in the US got invested into the criminal justice system, policing prisons, and what have you. And at the same time social supports, welfare, all sorts of entitlements, got rolled back. You have this moment where you have this social safety net receding. So when we think about, “What is the appeal of guns?” Well, guns are that last remaining safety net for a lot of people. Even gun sellers that I interviewed were like, “Yeah, we know you can’t shoot a virus.” They joked about that. And said, “This is the only guarantee that people have.”

When 2020 happened, it became this acute moment of insecurity where you didn’t know who to believe, what to believe, what people were going to do. It’s always a few short steps until Americans start thinking of apocalyptic scenarios with people, home invasions, and crime on the rise, and what have you. It wasn’t, by the way, just longstanding gun owners, or just people that owned guns before. It was also new gun owners and people who were not the “typical gun owner,” who were buying guns in this surge. It comes down to where people can find a sense of safety and security, and knowing that even if you dial 911, the police are not going to be there instantly. This is where guns become this kind of stop gap in what is otherwise a society that doesn’t have a lot of social safety nets.

Everything that I’ve seen points to the fact that gun ownership, especially in 2020, has become more diverse. This is something that goes beyond liberal and conservative politics, even though I think liberal politics is much more enthusiastic about the possibility that the state can do something positive and productive for society. There is this very deep suspicion, if not antagonism, with respect to what the government can do. Guns fit into this broader sensibility that the government is either not going to be there to protect you, or if they are there, they’re going to cause more harm than help.