Why Do the Omicron Variants Spread So Easily?

One question for Abdullah Syed, a postdoctoral researcher at the Gladstone Institutes. 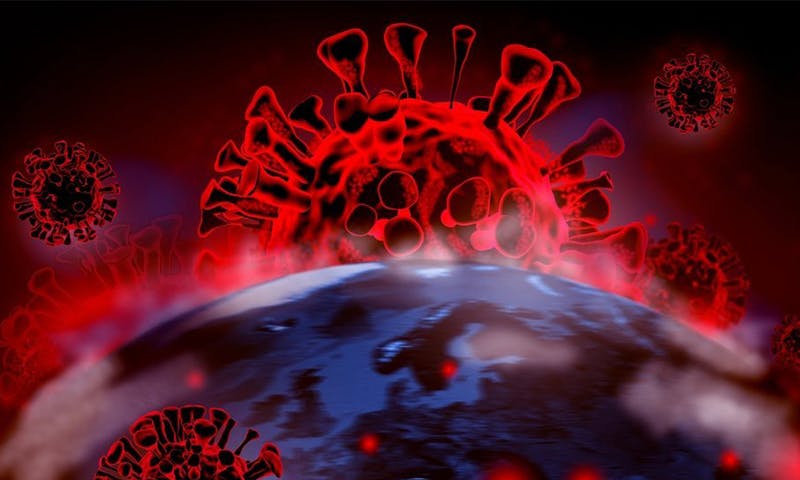 One question for Abdullah Syed, a postdoctoral researcher working with Jennifer Doudna in her lab at the Gladstone Institutes, an independent, nonprofit life science research organization located in San Francisco.

Why do the Omicron variants spread so easily?

I started working on this question exactly the day after the Omicron sequence was published, near Thanksgiving in 2021. It was a Twitter post that alerted the whole world and everyone said, “Wow, this is very different.” By the middle of December, it was the most common virus in the United States. That’s an insanely fast level of transmissibility. It had a lot more mutations than any previous variant, especially in the spike protein that recognizes and binds to the receptor in the cells of your lungs. Previous variants had only four, five, six mutations in the spike protein. Omicron has more than 30.

That could mean it’s able to get around the antibodies that have already been generated through the vaccine or through previous infections. Those mutations would make the spike look different, and a different-looking spike may not be recognized by antibodies that you already have. Or, the mutations could make the spike protein more efficient, better able to bind and transmit. In our new study, published in the Proceedings of the National Academy of Sciences, we tried to find out which of these makes Omicron spread so easily.

I designed and optimized a way of making particles that look like SARS-CoV-2. They have all the same proteins that SARS-CoV-2, but we take out the RNA inside and we put in another piece of RNA that we can detect more easily, that codes for luciferase, which makes cells luminescent, or glow. This virus-like particle, or VLP, is basically a toy version of Omicron. It allows us to swap out one protein at a time and see what impact they have on the efficiency of the virus. We can see, for example, if you take the original 2019 virus, and you put in the Omicron spike—does that make the virus-like particle more efficient? We saw that the spike was a little bit more efficient, although not enough to explain a huge increase in transmissibility.

I hope Pfizer and Moderna update to the most recent Omicron, BA.5, but they’re planning for BA.1, and it’ll be available in the fall from what the FDA has stated. Probably every six months we’ll need a vaccine that addresses the most recent variant because it’s continuing to change quite quickly. But over the long term, I would say probably about every eight years, we would lose our immunity. If we don’t update the vaccines and the virus continues to change, then it may be back to the 2020 situation, where the virus is so different that the immune system doesn’t recognize it. If you got COVID in 2020, your risk of dying was 10 times higher than it is today—at least 10 times higher.