Why Every Coin Flip May Be a Schrödinger’s Cat 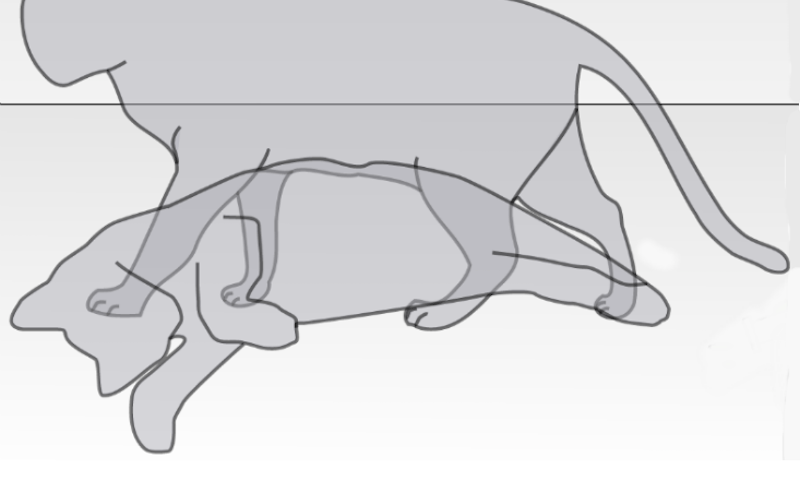 During a recent conference on cosmic frontiers, University of California, Davis, professor Andreas Albrecht made a provocative statement: “Every
Brownian motion is a Schrödinger’s Cat.” Technically, it was part of a broader talk on implications for a multiverse contained in various models of inflation in the early universe—based in turn on a recent technical paper. But Albrecht’s colorful phrasing prompted me to ponder more deeply
the conventional wisdom about the difference between classical and
quantum probabilities. Because what he’s really saying is that all
classical probabilities emerge from quantum probabilities.

The
connection between the microscopic quantum world and the macroscopic
classical world can be seen in Brownian motion, the random jittery
movements of small particles suspended in a liquid or gas. It gets
its name from the 19th-century
botanist Robert Brown, who noticed [pdf] that pollen grains floating in water under a microscope seemed to
move randomly of their own accord. That’s because a grain of pollen
is 250,000 times larger than the water molecules, which jiggle from
thermal motion. Even though they can’t be seen with the naked eye,
they are colliding with the much larger pollen grains constantly,
from all directions. You’d think these collisions would all cancel
out in the end, but because they are random, there are always tiny
imbalances at any given time—slightly more molecules pushing the
grain to the right than pushing to the left.

This
has implications for probabilistic predictions. Classically speaking,
if you flip a coin, you would say that there is a 50/50 chance it
will land heads or tails, simply because you don’t have enough
information about the many factors that could influence its landing
position—the rate of spin, height, a slight gust of wind. In
principle, you could always acquire more information to refine your
prediction so that it is more accurate. The classical probability is
a way of quantifying our ignorance, if you will. Furthermore, you
know that one side is definitely heads, and the other is definitely
tails before the coin lands. So there is zero probability that it
will be both heads and tails at the same time.

Quantum
physics is fundamentally different: There’s no further information
to acquire beyond the stated probability. In the quantum world,
things can hover in a fuzzy, nebulous cloud of probability that
encompasses all potential states: heads
and tails, particle and wave.
Things become definite only when an observation forces them to settle
on a specific outcome. Technically, the coin exists in an
indeterminate state of both heads and tails until it lands.

But
it would be silly to think this applies to the macroscale world of
everyday life, right? That was the whole point of Schrödinger’s
cat, the famous thought experiment devised by Erwin Schrödinger to
illustrate the absurdity of the quantum realm. I’ll let Sheldon
Cooper of The
Big Bang Theory
explain:

That’s
why Albrecht’s declaration caught my attention: He maintains that
this kind of quantum probability works at every scale, from a simple
coin toss to predicting the weather. Albrecht and his UC Davis
co-author, Daniel Phillips, employed a billiard ball analogy to
illustrate this—or rather, molecules in a gas that collide with
each other like billiard balls. They show that the uncertainty of
such a system increases with every collision, and when that
uncertainty becomes large enough, it’s quantum effects that become
the dominant factor in the outcome—not classical mechanics.

Size
matters when it comes to the number of collisions needed to hit that
threshold. For an actual game of billiards, it takes just eight
collisions between billiard balls for quantum uncertainty to
dominate; it takes 25 if we’re talking about bumper cars. But it
only takes a single collision between molecules in water or air to
make the uncertainty large enough that what’s going on at the
quantum level impacts the macroscale properties of the system.

It’s
a kind of chaotic system, in which the tiny fluctuations at the
quantum scale—the equivalent of a butterfly flapping its wings in,
say, Africa—become amplified via countless molecular interactions,
until they collectively manage to have an impact on the
macroscale—the proverbial tornado in Kansas. Ergo, flipping a coin
is the probabilistic equivalent to Schrödinger’s cat: The coin’s
final state cannot be predicted until it has actually been flipped.

“It
is very likely that all serious probabilities, be it a coin landing
heads-up or a child being female, are manifestations of quantum
chanciness,” King’s College London philosopher David Papineau told Physics World when
asked about Albrecht’s and Phillips’ work. “Indeed we have devices, such as Geiger counters, that show how big
results are often caused by chancy micro-events.”

So,
if “all successful applications of probability to describe nature
can be traced to quantum origins,” as Albrecht and Phillips
maintain, that means that even when we think we’re using classical
probabilities, deep down, it’s really the quantum world calling the
shots. We are opening the box on Schrödinger’s cat every time we
flip a coin or check the weather, and countless other times during
every day.