Why Should We Delay Gratification?

One question for Yuko Munakata, a psychologist at the University of California, Davis and director of the Cognition in Context Lab. 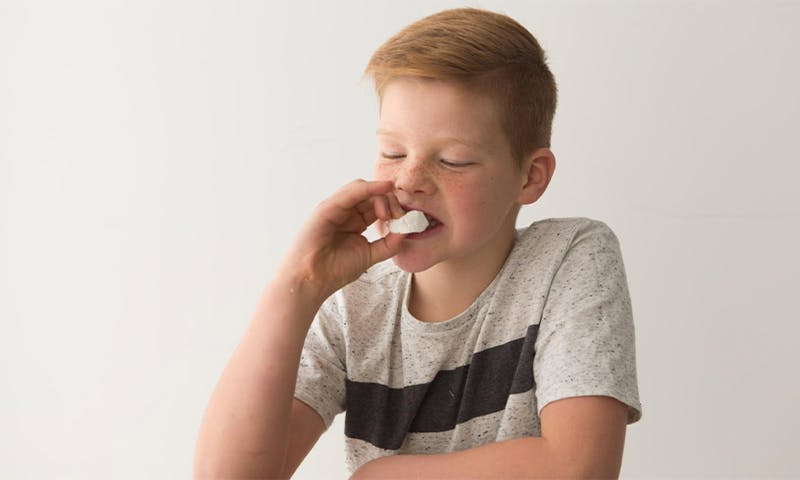 One question for Yuko Munakata, a psychologist at the University of California, Davis and director of the Cognition in Context Lab, where she uses behavioral, electrophysiological, computational, and cross-cultural approaches to study the variations in thinking that people show across contexts.

Why should we delay gratification?

The standard story has been that we delay gratification by calling on our higher-level cognitive processes that help us to inhibit impulsive behavior, plan for the longer-term, and achieve broad goals. There is truth to that. Early delaying in childhood, on the classic marshmallow task (where kids are told, “You can have one marshmallow now, or if you wait until I come back, you can have two marshmallows later”) has been linked to a variety of important life outcomes. Educational achievement. Social and emotional kinds of success and competence. And better health decades later. But our recent work, published in Psychological Science, highlights that there’s a lot more going on.

If you think about the kid in the marshmallow task, sitting on their hands, squirming in their seats—it doesn’t have to look like that. Delaying gratification can become more automatic, simple, based on cultural practice. I was inspired by recently spending time in Kyoto, Japan, for a six-month sabbatical. My kids came with me—at the time, they were in third and fifth grade in the Japanese school system, which I wasn’t familiar with. I was born and raised here, in the United States. My kids quickly learned that, when you sit down with your lunch, if you start eating it immediately, all the kids around you will start indicating, “No, no, no”—head shakes and hand waves that you’re doing it wrong.

In Japan, everyone waits to begin eating until everybody has sat down with their food. Only then does everybody say, “Itadakimasu” (sort of like bon appétit) in unison, and begin to eat. That is a massively different experience—day in, day out, meal after meal—that kids in Japan are getting in contrast with what we typically experience in the U.S.

We anticipated that this would be specific to these food contexts, and not translate to other areas of life. In our study, we tested kids in Japan and in the U.S. with two measures of delaying gratification. One was a classic marshmallow task. On average, the Japanese kids waited the maximum 15 minutes, sitting by themselves. The American kids, on average, ate the marshmallow within three or four minutes.

But on the other measure of delaying gratification, the pattern completely flipped. Instead of marshmallows, we gave American and Japanese kids presents, and the Americans waited, on average, the entire 15 minutes. It turns out that gift-giving traditions, like Christmas and birthdays, are different across the two countries in ways that could support the American kids waiting longer. In Japan, gifts are given across the year at more informal, casual kinds of occasions. You see someone and you give them a gift, and they can open it right then and there.

An intriguing thing we found is that, where there were these cultural routines around waiting, what predicted whether or not kids waited was not their self-control abilities, but their sensitivity to social conventions. That can support delaying gratification in the classic marshmallow task, and can support things like success in relationships and in school. Tuning in to what a teacher is asking you to do. Being sensitive and responsive to what doctors or health advisors are suggesting should be done for health. It’s not just about some general ability to resist impulses and work toward longer-term goals. That explains maybe half of the variance in these long-term outcomes. We’re missing some big chunk of the answer. And these kinds of social sensitivity to cultural expectations could be a part of that.