Your Weight Is About to Be Redefined 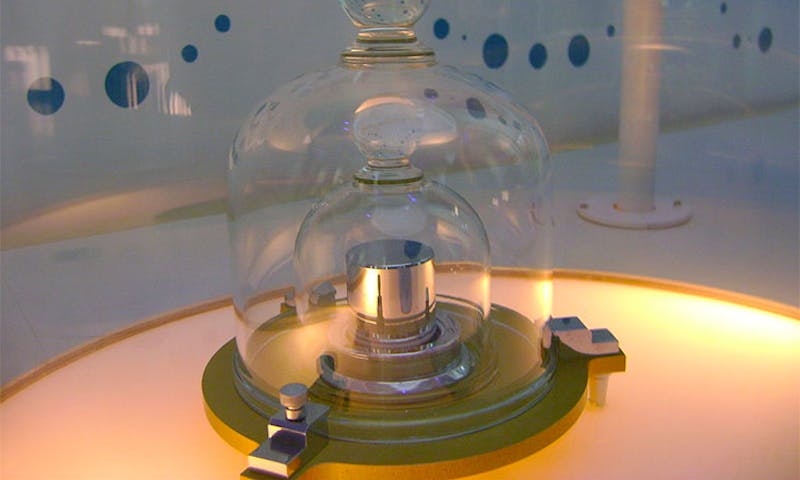 Other units will soon follow suit. Amperes, the unit of electric current, will be tied to the elementary charge (e), instead of to a hypothetical experiment involving infinitely long parallel conductors. Kelvin, the unit of temperature, will no longer depend on the intrinsic properties of water but on Boltzmann’s constant, which relates temperature to the energy of individual particles. And the mole, the unit of amount of substance, won’t be tied to a generic lump of carbon-12 any longer. Instead it will be derived from Avogadro’s number (6.02×1023).