A reflection on Marianne Moore’s “The Fish.” 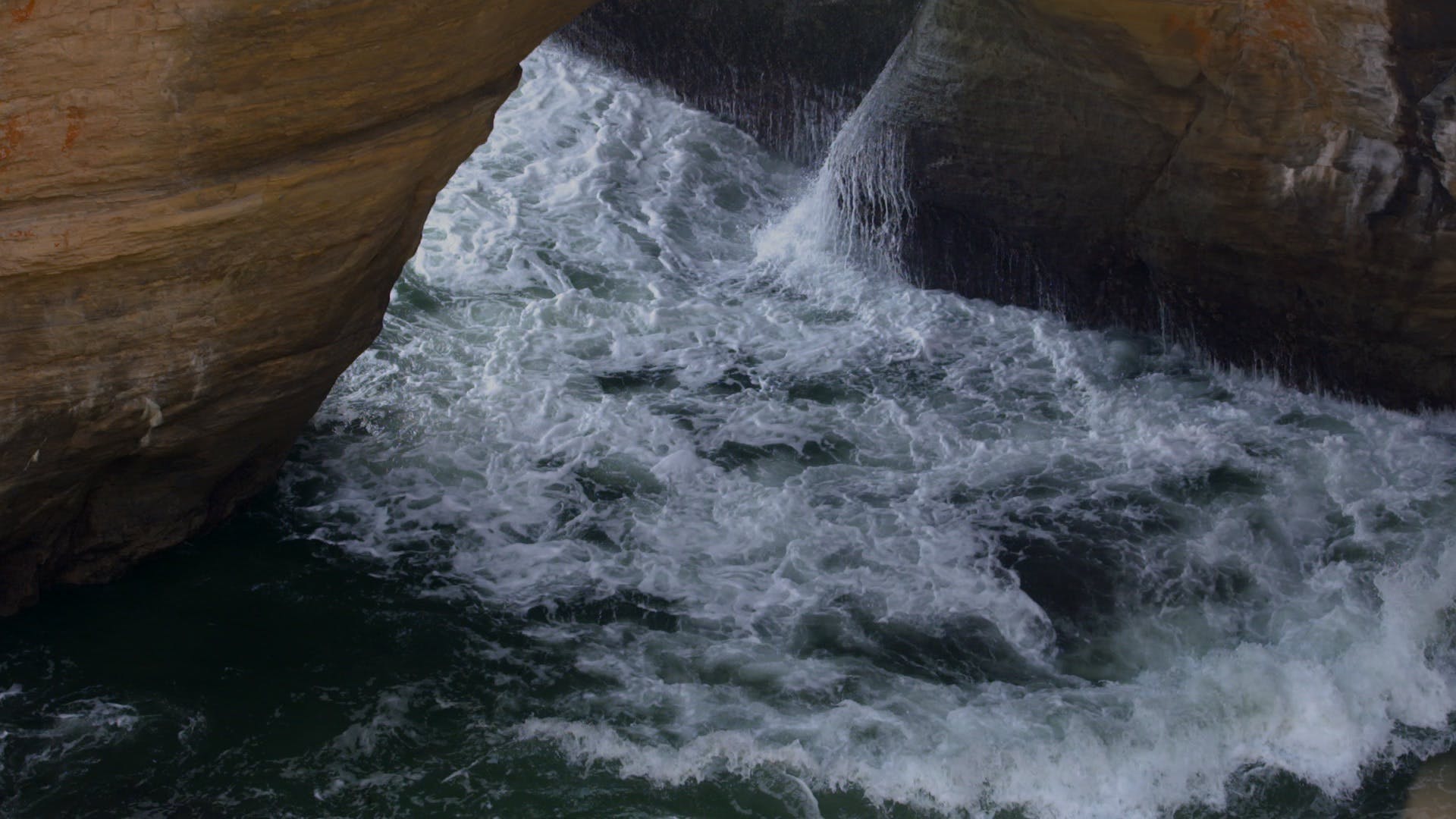 Liquid is forgetful. You toss in a pebble, it sinks to the bottom; wait a few minutes, and whatever few ripples dappled the water’s surface disappear. It’s as if nothing happened—as if there had been no pebble, no toss. No you.

Now imagine if liquid bore the scars of past harms. If the ocean could char, could be cut—if you could see, trapped amber-like in its surface forever, the debris you’d thoughtlessly chucked in, thinking it would sink to the bottom and out of sight. If on its glassy surface you could see your own reflected self caught forever in this act of casual cruelty.

If the ocean were to us, as Marianne Moore puts it, a “sea / of bodies.”

“The Fish” imagines such an ocean. Moore’s poem looks backward into the vast and complex history of the ocean—and challenges our understanding of it as merely liquid, as object without memory. Because this ocean isn’t simply liquid. Nor is it solid. It’s something in between, a deceptive composite—a newly imagined kind of matter, to which “The Fish” is both descriptive treatise and speculative ode.

The Fish
By Marianne Moore

wade
through black jade.
Of the crow-blue mussel-shells, one keeps
adjusting the ash-heaps;
opening and shutting itself like

an
injured fan.
The barnacles which encrust the side
of the wave, cannot hide
there for the submerged shafts of the

sun,
split like spun
glass, move themselves with spotlight swiftness
into the crevices—
in and out, illuminating

the
turquoise sea
of bodies. The water drives a wedge
of iron through the iron edge
of the cliff; whereupon the stars,

pink
rice-grains, ink-
bespattered jelly fish, crabs like green
lilies, and submarine
toadstools, slide each on the other.

ac-
cident—lack
of cornice, dynamite grooves, burns, and
hatchet strokes, these things stand
out on it; the chasm-side is

dead.
Repeated
evidence has proved that it can live
on what can not revive
its youth. The sea grows old in it.

“The Fish” is a poem about matter as it exists in time, about how matter becomes marked. It begins, rather boldly, in the simple present tense: “wade” thrusts the reader into singular action. Very quickly, however, we move into a habitual present. We learn the ocean’s rituals, see the mussel-shells “opening and shutting,” the shafts of sun moving “in and out.” Looming in the background, in “dynamite grooves, burns, and / hatchet strokes,” is the preterite—past and completed actions, things done and finished, legible to us in the present only as “marks.”

How do these three modes of time—simple present, repeated, and completed action—intersect within the specific materiality of Moore’s ocean? And how do these intersections prompt us to reconsider the current state of our oceans, their pasts, and their possible futures? In the below video, scientists from Conservation International and former Vice President Al Gore discuss these and other questions with Poetry in America director Elisa New.

Conservation International CEO M. Sanjayan tells us that only a few hundred years ago—before the period of rapid technological advancement known as the Industrial Revolution—the earth’s oceans would have been chock full of “monsters and mythical creatures.” Today, marine life exists on a much smaller scale, a reduction all the more unthinkable given that it has occurred in a mere 250 years.

At first glance, it appears that Darwinian evolution has broken—and that people have broken it. The quiet, piecewise mechanics of natural selection no longer determine the development of living systems, at least not as they once did. The whims of a human-influenced, rapidly changing global climate have created an unprecedented situation. Gore discusses ocean acidification, marine heat waves, and the rising weight of plastics—events of such scale that it is no surprise entire ecosystems have been thrown out of whack. These are the result of preterite events, past actions that have left their mark, and that moreover are threatening to break out of the completed past and into the habitual present.

The ocean isn’t merely acted on, but is active in its own renewal.

And yet, maybe it’s not a simple matter of harm already done. At the video’s end, Sanjayan speaks of what he calls “deep evolution”: ecosystemic changes reaching beyond the shuffling of particular species in particular periods. Time zooms out, and the oceanic tumult of the last few centuries assumes a context. The understanding of Darwinian evolution as a linear mapping of ancestor to descendant—as archaeopteryx to modern-day avian, or ape to human—falls away. There is a more complex network, a denser and perhaps inscrutable system of eco-relationships, in play.

Under deep evolution, the dead can even yield new life. Conservation International Marine Safety Officer Edgardo Ochoa tells us that marine scientists frequently encounter dead coral reefs which have themselves become the basis for new, living ecosystems—in each instance, a reviving transformation has occurred, the preterite suddenly present. “There have been times when the seas have lost 95 percent of all their life, and yet, the biodiversity we see today has sprung from these extinctions,” Sanjayan notes. The ocean isn’t merely acted on—or in—but is active in its own renewal.

We see this in Moore’s poem. The meeting point between ocean and cliff is a place of violence, where “iron” meets “iron edge,” and the “chasm side”—littered with “marks of abuse”—“is // dead.” And yet within this zone of conflict thrives an entire ecosystem. Sea stars, jellyfish, crabs, and fungi all make their home on this threshold, flourishing within the ever-evolving boundary between land and sea. Here, life doesn’t simply survive environmental change—this intertidal ecosystem cannot survive without it. The question remains: What will that change be, given the influence of human actions?

Moore finishes the poem: “The sea grows old in it.” It is at the cliff’s edge—the point of contact between the marine and terrestrial—that the ocean develops and endures. Brought together within the verb “grows,” the present, habitual, and preterite are united as a single oceanic temporality, a kind of time without horizons that is completely alien, and even antithetical, to time as it exists in human lives.

Moore points us to the violence of this contact between the marine and terrestrial—and also its great beauty, its “crabs like green / lilies,” its “submarine / toadstools.” We have a chance to safeguard that beauty, Gore tells us, to make sure that such natural, reviving violence isn’t lost forever.

The consequences of human action will play out in oceanic time.