Biologists Work to Protect a Cathedral of Biology 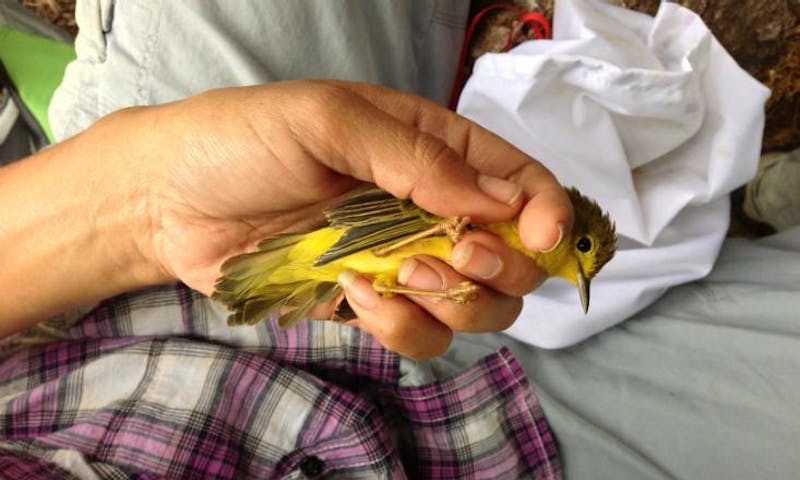 The isolated Galapagos Islands are a ecological treasure and a key setting in the history of science: Charles Darwin did research there that helped him come to understand biological evolution—though, as detailed in a new Nautilus story by Henry Nicholls, it was observations of plants, rather than the better-known finches, that were most enlightening.

One hundred eighty years after Darwin’s visit to that unblemished wilderness, the Galapagos is facing an environmental threat: Birds on the islands have been infected by malaria. The disease drove many native birds to extinction in Hawaii, and biologists are investigating whether the same could happen in the Galapagos. In the radio piece embedded below, St. Louis public radio reporter Véronique LaCapra journeys to the exotic islands to talk with Maricruz Jaramillo and Samoa Asigau, two researchers looking into how birds acquire the disease. In interviews they talk about their research and also about why they went into science despite obstacles based on their gender. The piece gives some great insight into how research works, both on a scientific and personal level.

This story was produced for the PRX (Public Radio Exchange) STEM Story Project with support from the Alfred P. Sloan Foundation.