Climate Change Is the Moonshot of Our Times 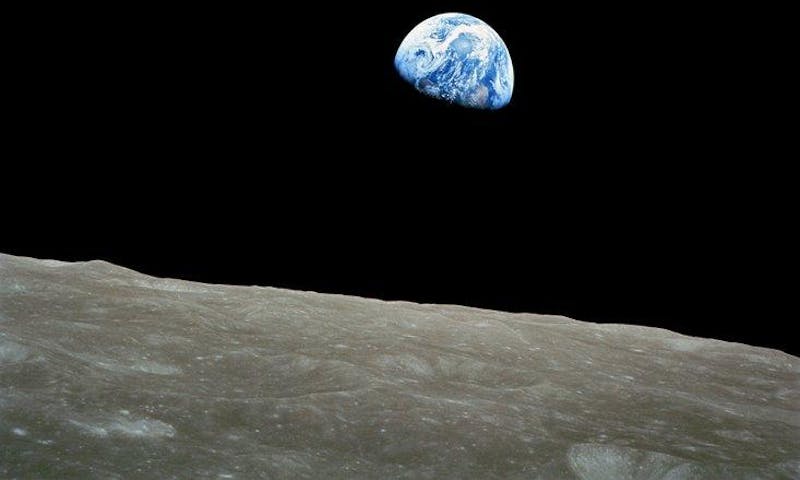 Consider this scenario: Suppose astronomers had tracked an asteroid, and calculated that it would hit the Earth in 2080, 65 years from now—not with certainty, but with, say, 10 percent probability. Would we relax, saying that this is a problem that can be set aside for 50 years, since people will by then be richer, and it may turn out that it misses the Earth anyway? I do not think we would. There would surely be a consensus that we should start straight away and do our damndest to find ways to deflect it, or mitigate its effects.

Why do our governments, in contrast, respond with torpor to the climate threat? It’s because concerns about future generations (and about people in poorer parts of the world) tend to slip down the agenda. And of course because the hardest challenges get parked in the “too-difficult box” rather than reacted to. The task of weaning the world away from dependence on fossil fuels is indeed a daunting one. I’m rather pessimistic about “top-down” attempts to constrain emissions, like the UN conference in Paris this year. It’s far more realistic to push forward with new technologies so that they can compete economically with fossil fuels.

The impediment to “decarbonizing” our economy is that renewable energy is still expensive to generate. Moreover, power from the sun and wind is intermittent so we need cheap ways to store it on a large scale. Fortunately, technology in solar energy and batteries is proceeding apace. Along with a group of colleagues, I have been promoting a campaign to accelerate it further.

When the Americans embarked on the Apollo project to land people on the moon, they succeeded within a decade because they devoted huge resources to it. We need a similar commitment to develop ways of generating and storing “clean energy,” and bringing down its costs. Unlike the original Apollo program (which was fueled by superpower rivalry with the Soviet Union) this should be a cooperative venture where all major countries step up their efforts. Research on energy is currently on a far smaller scale than medical research—but it’s just as crucial for the world. The faster research proceeds, the sooner will the power from “renewables” become as cheap as coal-fired power stations.

The world’s leading faiths have a role here. They have global reach, and they focus on the world’s poor. That is why the Pope’s recent encyclical is potentially so influential. And they take a long-term view. At a recent meeting of the Pontifical Academy, I saw through the window the dome of St. Peter’s Basilica. Europe’s great cathedrals still overwhelm us today. But think how they seemed at the time they were built—and the vast enterprise their construction entailed. Most of their builders knew little of the world beyond their own villages. Even the most educated knew of essentially nothing beyond Europe. They thought that the world was a few thousand years old—and that it might not last another thousand.

But despite these constricted horizons, in both time and space, despite the deprivation and harshness of their lives, despite their primitive technology, they built these huge and glorious buildings—pushing the boundaries of what was possible. Those who conceived these masterpieces, and those who built them, knew they would not live to see them finished. Their legacy still elevates our spirits, centuries later.

What a contrast to so much of our discourse today! Unlike our forebears, we know a great deal about our world—and indeed about what lies beyond. New technologies enrich our lives and our understanding. Many phenomena still make us fearful, but the advance of science spares us from irrational dread. We know that we are stewards of a precious “pale blue dot” in a vast cosmos—a planet with a future measured in billions of years—whose fate depends on humanity’s collective actions in the course of this century.

In today’s fast-moving world, we cannot aspire to leave a monument lasting a thousand years, but it is surely shameful to persist in policies that deny future generations a fair inheritance and instead leave them with a depleted and more hazardous world.