Escape From the Center of the Universe 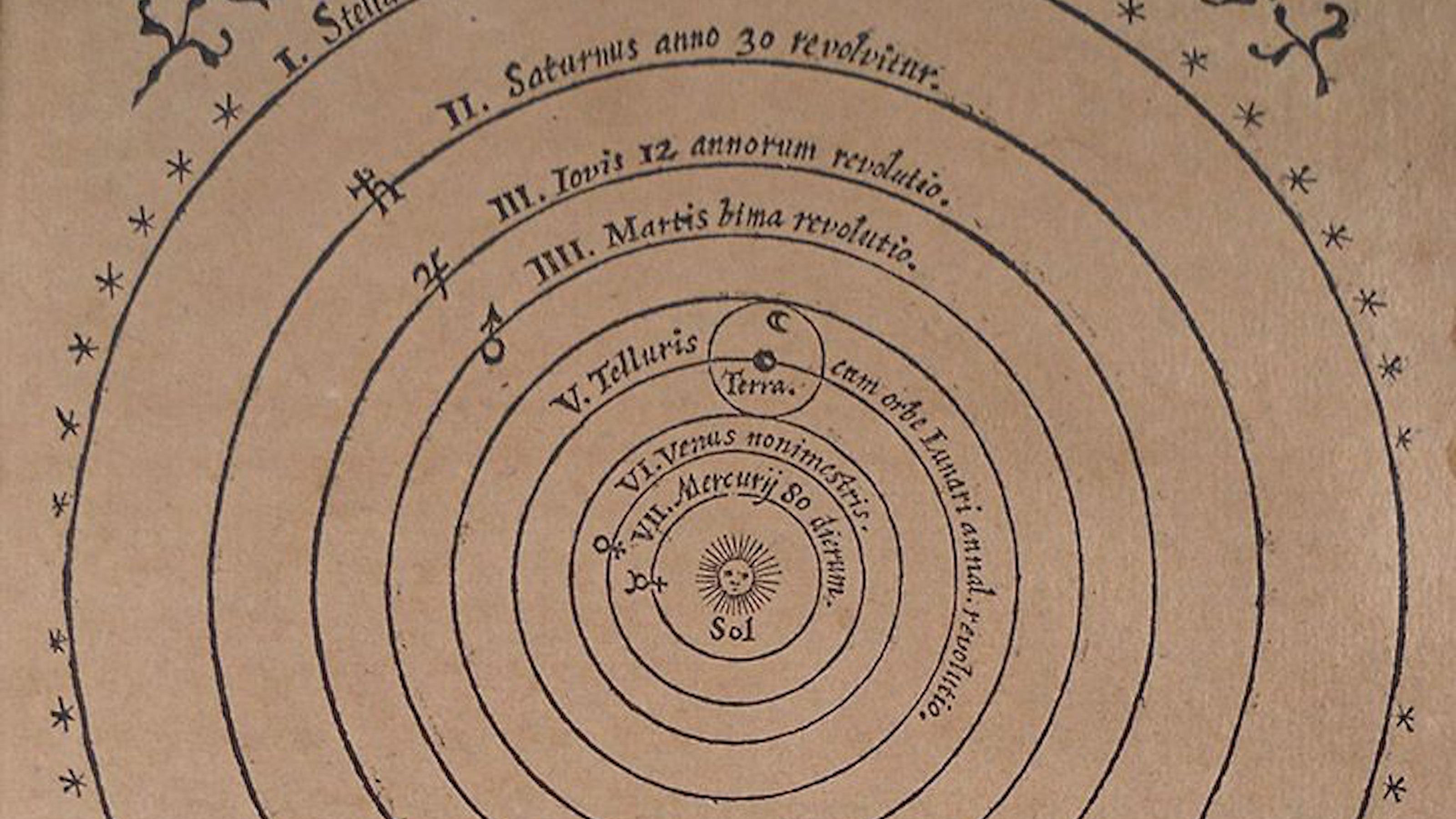 When Copernicus told us that Earth is not the center of the
universe, we collectively cried, “Oh, no!,” and have spent the past 470 years
fanning ourselves silly, trying to recover from the blow to our species’ ego.

Imagine: You live in a world without electricity. When night
falls, it stays fallen. You’ve got nothing to do but stare at the heavens and
wonder what the hell is going on up there. Why is everything moving?

The moon moves, like its daytime companion, the sun. At night,
the other pinpoints of light move, too, and they move as a unit, in concentric circles
each night. But five of the pinpoints trace their own paths across the sky,
moving distinctly from all the other bright points. For this reason you, being
Greek, name them planētēs, meaning “wanderers”: Mercury, Venus, Mars,
Jupiter, Saturn.

But how do all these objects move? They’re obviously not just
moving on their own, because objects don’t do that. If you’re Aristotle, you
assume they move along invisible spheres. Since they don’t move at the same
rate, each must move along its own sphere—one for the sun, one for the moon,
one for each of the planets, and one for the realm of the stars.

Then again, who’s to say how they move? It’s not like you’ll
ever be able to find out. You can’t go there. You can’t see there, up close.
All you know for sure is that objects up there must operate according to their
own rules, because if they operated according to the rules down here, they
would be falling toward the Earth—a place the French essayist Michel de
Montaigne called, in 1576, “the filth and mire of the world, the worst, lowest,
most lifeless part of the universe, the bottom story of the house.”

He was able to make that statement even 33 years after the
publication of Copernicus’s De revolutionibus orbium coelestium, or On the Revolutions of
Celestial Orbs, because the heliocentric system was only a useful idea.
Copernicus had written it in order to find a better match between math and the
motions of celestial bodies. His calculations were so successful that the
Catholic Church deployed them in adopting the Gregorian calendar in 1582. For the Church, the central tenet of a heliocentric
system was just a means to a utilitarian end; over the preceding millennium the
ancient geocentric math and the motions of the heavens had incrementally
diverged, until by the late sixteenth century the calendar and the seasons were
weeks apart. Besides, as with the spheres, we’ll never be able to find out how
the universe really works.

Then came Galileo. By pointing a primitive version of the
telescope at the heavens, he could do what nobody else had ever done. He could
“go” there. He could see there, up close. In early 1610, he observed four moons
of Jupiter changing places with one another night to night—proof that the
universe has more than one center of rotation. Another center might be Earth,
but given Copernicus’s calculations, the Sun made more sense. Which was good
news for Earth, Galileo wrote in Sidereus Nuncius, or The Sidereal Messenger,
the pamphlet in which he soon reported this discovery: “she is not the dump
heap of the filth and dregs of the universe.”