Evolution may have coopted an ancient metabolic mechanism to set social insects on the path toward one of the most puzzling behaviors found in nature. 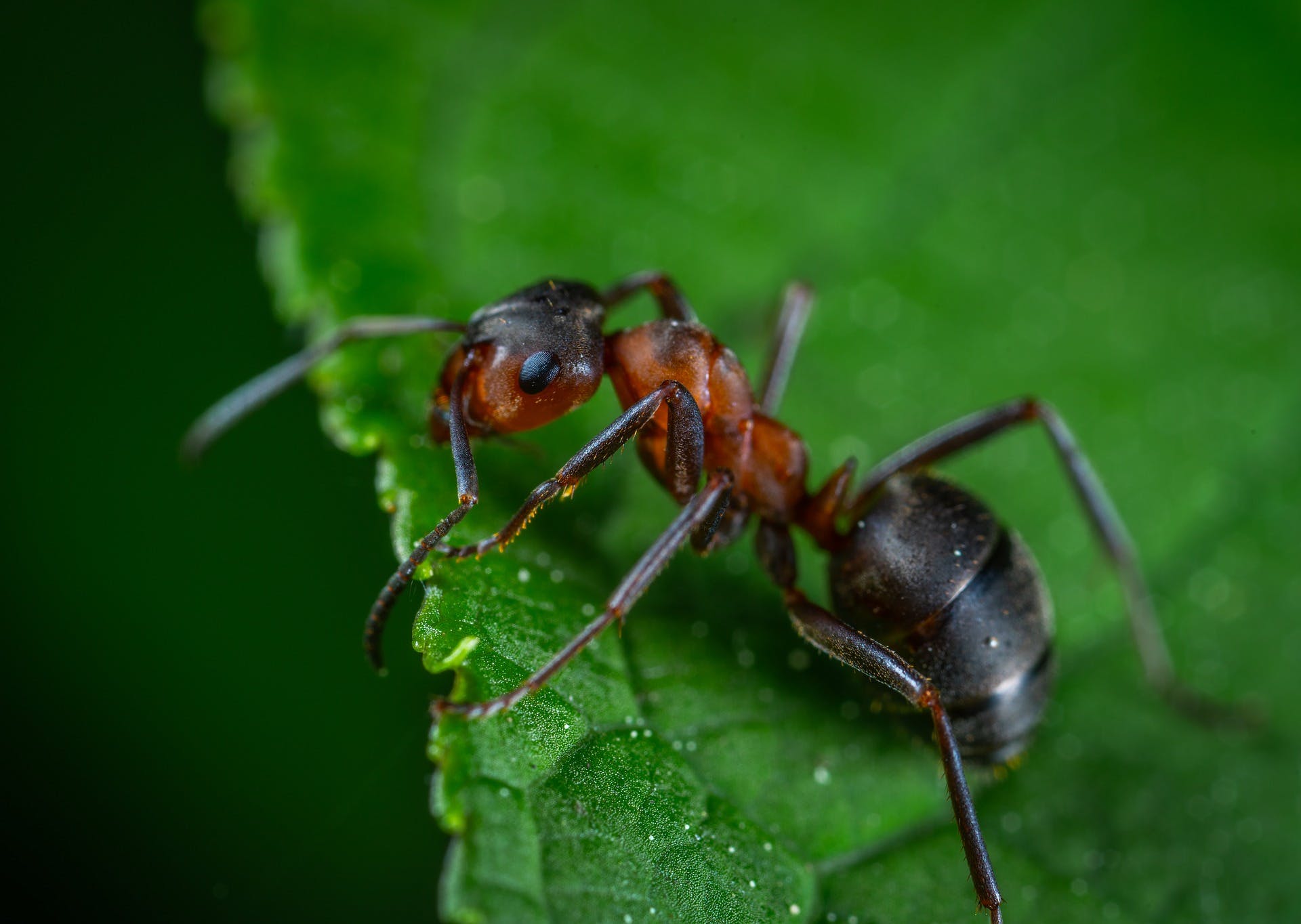 Ants, wasps, bees, and other social insects live in highly organized “eusocial” colonies where throngs of females forgo reproduction—usually viewed as the cornerstone of evolutionary fitness—to serve the needs of a few egg-laying queens and their offspring. How they got that way has been hard to explain despite more than 150 years of biologists’ efforts. Many researchers have thought the answer would come down to a complex suite of genetic changes that evolved in species-specific ways over a long time.

But new results suggest that a surprisingly simple hormonal mechanism—one that can be found throughout the animal kingdom—may have been enough to set eusociality in motion.

Last month, a team of researchers led by Daniel Kronauer, an evolutionary biologist at the Rockefeller University in New York, published a paper in Science that many experts are saying provides one of the most detailed molecular stories to date in the study of eusocial behavior.

The scientists found that division of reproductive labor in ants arose when an ancient insulin signaling pathway, typically involved in maintaining nutrition and growth, became responsive to social cues. In doing so, they also uncovered deeper insights into “a process underlying how the environment gets under the skin to affect behavior, physiology, and the health and well-being of other members of a society,” said Gene E. Robinson, an entomologist and the director of the Carl R. Woese Institute for Genomic Biology at the University of Illinois at Urbana-Champaign.

Kronauer and his colleagues, hoping to uncover a common origin for the ants’ evolutionary journey toward eusociality, first compared which genes were expressed differently in the brains of the queens and workers among seven diverse ant species. They found a particularly strong signal for one gene, ilp2, which codes for the ant version of insulin and was expressed consistently higher in queens. (At least two dozen other genes emerged as important as well, Kronauer noted—many of them also related to insulin production and signaling, or to brain plasticity and other traits.)

To determine the role of ilp2, the researchers focused on a single ant species, the clonal raider ants Ooceraea biroi, whose colonies lack fixed queens. Instead, the ants alternate as a group between worker and queen roles, seemingly in response to the presence of larvae: With babies around, all the adult ants stopped reproducing to take care of them.

Kronauer’s team found that insulin signaling was responsible for that cycle. Production of the hormone declined when the researchers exposed the ants to larvae, suppressing reproduction and inducing the shift to caretaking behavior. When the larvae were removed, insulin levels rose significantly—and injecting the adults with insulin caused their ovaries to reactivate even when the larvae were still around. “If you think about it, it’s a crazy but also very elegant and simple way to make an organism social, to make it responsive to larvae,” Kronauer said.

(And as Allen J. Moore, an entomologist at the University of Georgia, joked, “Anyone who’s a parent knows that your kid manipulates you.”)

“That this single gene has such a major effect suggests that the transition from a solitary to a social lifestyle can begin with relatively few changes,” said Andrew Suarez, a biologist at the University of Illinois at Urbana-Champaign. “You don’t need to invoke novel genes. You don’t need to massively change the genomic architecture or gene expression patterns. You can just tweak one or a few things, and start on this path toward advanced reproductive division of labor.”

Kronauer’s results vindicate a theory about the origins of eusociality proposed in 1987 by the evolutionary biologist Mary Jane West-Eberhard, now at the Smithsonian Tropical Research Institute. She had observed that solitary wasps cycled through reproductive and caretaking phases in sync with their ovarian activity, and posited that eusocial division of labor emerged when parts of that ovarian cycle became exclusive to each caste: The queens had constantly active ovaries for egg laying, while the workers, whose ovaries stayed suppressed, dedicated themselves to foraging and brood care. West-Eberhard later described this as a model for making major changes in species through “developmental reorganization” and called it a way of “making something new (worker and queen phenotypes) out of old pieces”—in this case, the old behaviors linked to different phases of the solitary wasps’ ovarian cycle.

What was missing from West-Eberhard’s theory was a candidate for a potential trigger for that reorganization in the wasps, or in any of the other social insects. Kronauer’s findings now suggest that the culprit, at least in the case of ants, was ilp2, with the larvae manipulating the adults through their insulin pathways to turn most into full-time caretakers and a few into mothers to the community.

Insulin’s involvement makes sense in retrospect, Kronauer said, given that the hormone is known to play a crucial regulatory role in both food intake and reproduction. After the initial adaptation, evolutionary forces would have driven innate differences in insulin levels among individuals further apart to cement separate castes. Even among the queenless clonal raider ants, Kronauer and his colleagues observed that some had slightly larger, more active ovaries and foraged less, despite the presence of larvae. Their insulin levels turned out to be higher from the start.

“Even in this precursory state, there still seems to be a connection between reproductive behavior and insulin levels,” Kronauer said. Ultimately, individuals with higher insulin levels became queens, and those with lower levels became workers. “It starts out in a population where everyone is very similar, but over evolutionary time those small differences get exacerbated.”

What makes this work additionally compelling is that previous research implicated insulin in governing division of labor in honeybees as well—but in a very different way. For those bee species, which evolved eusociality independently from the ants, insulin signaling helps determine whether workers forage or stay behind to nurse larvae, and can govern the kind of food the foragers prefer (which further affects their physiology and the tasks they perform). In both the ants and the honeybees, the insulin mechanism is entwined with sensitivity to offspring.

Anyone who’s a parent knows that your kid manipulates you.

“It suggests that there’s something very general about how evolution proceeds when it increases the complexity of a system,” Kronauer said. To Suarez, it means that this kind of evolutionary innovation is in some sense “predictable, that there are genetic mechanistic patterns at play. That’s pretty exciting.”

That insulin has been used multiple times independently also reinforces an emerging insight that evolution routinely reuses conserved metabolic and developmental pathways to give rise to complex new traits and behaviors. In the case of social insects, the insulin and reproductive pathways were only waiting to be coopted for social functions—or “derived from ancestral ground plans,” said Karen Kapheim, an evolutionary biologist at Utah State University.

“Evolution is a tapestry of something old, something new,” Robinson said. “We see this beautifully on display in this work: the ancient, highly conserved insulin pathway with this new piece interposed—that one particular life stage, the babies, can influence the insulin signaling status, and therefore the physiological state of the adults.”

Kronauer and others still need to determine how the larvae elicited that signaling response in the adults, and how insulin became responsive to social cues in the first place. More work is also needed on what’s happening in the ants’ brains to mediate this process.

The fact that insulin signaling is so important in other animals has wider implications as well. For instance, insect queens are significantly larger than workers and enjoy considerably longer life spans. According to Kronauer, the underlying reasons for these differences remain unknown, but his study implies that insulin signaling could be at play. “People can now start to look at whether insulin signaling in other organisms, including in humans, plays a similar role in modulating something like life expectancy,” he said.

And perhaps it plays a role in the evolution of primitive social behaviors in other species as well, added Moore, who studies transitions to social organization in beetles. In his field, “we don’t have such a complete, causative story,” he said. “It really raises the bar for the rest of us.”