On the origin of an interstellar species. 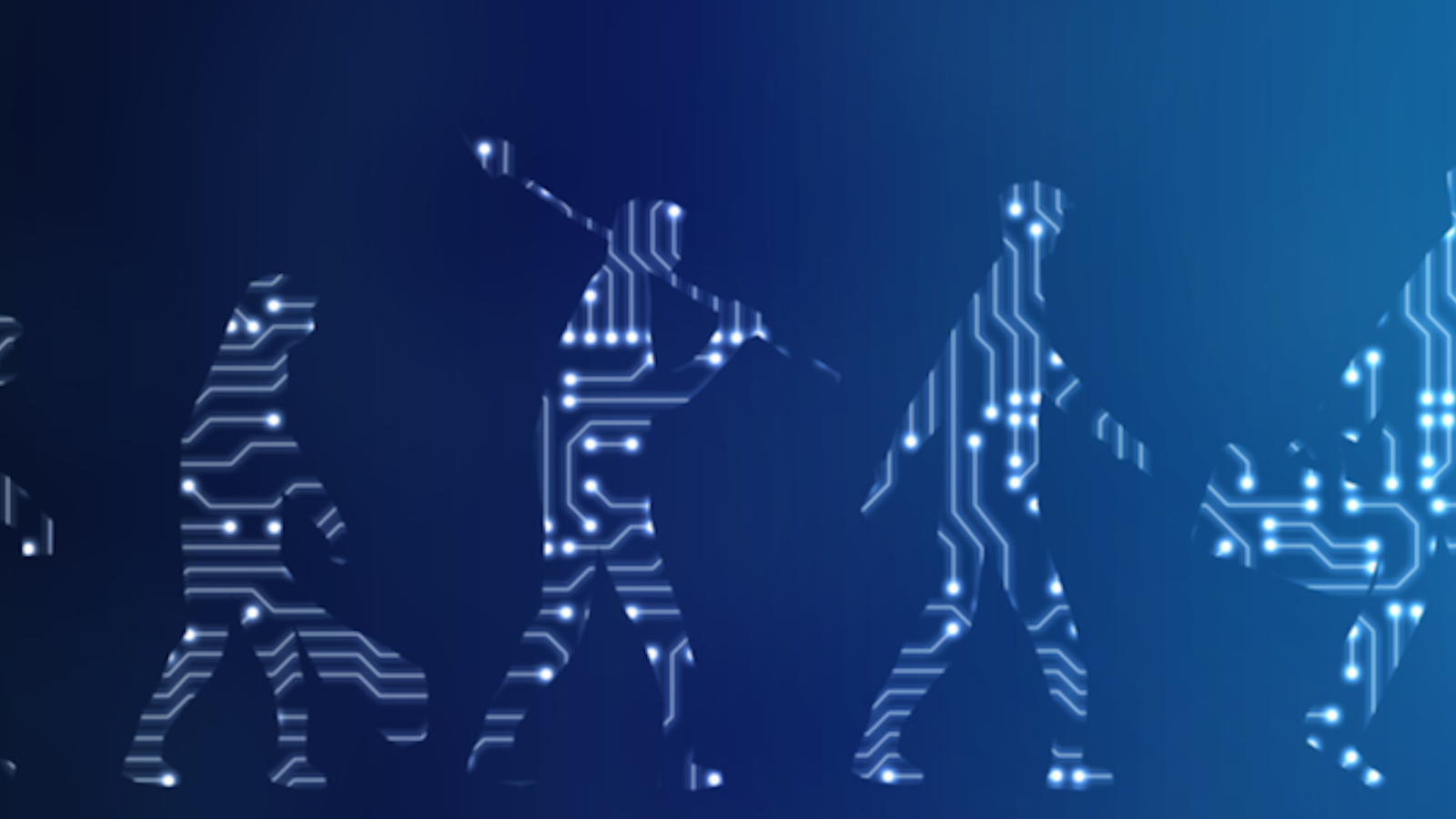 A fundamental property of the phenomenon we call life, as it exists here on Earth, is the propagation of stories—of algorithmic information, or process—into the future. Indeed, you might call it the central quality of life, or even the underlying reason for life which, in our case, just happens to be manifested in complex organic molecular structures. The precise history of these self-propagating stories here on Earth is excruciatingly hard to decode because what we see are the successes. We don’t witness the quadrillions of experiments that were absolute duds along the 4 billion year pathway to now. We also miss many of the lesser duds, the somewhat duds, and the turned-out-to-be-duds-in-the-end, all of which would be informative but are now lost.

But we do get to witness the mechanisms that have emerged to perform these experiments and, presumably, help to increase the odds of the success of life. A critical set of these mechanisms involve genetic exchange. For example, sexual reproduction is the most familiar to us and involves a genetic mix and match. It is an unparalleled way for a species to enhance their evolutionary experimentation—their search engine—by using functional gene variants, just re-mixed into different genomes.

This kind of experimentation comes with considerable cost, though. For instance, there’s a price to pay in reduced reproduction availability compared to just asexually cloning yourself on a whim (it takes two to tango). There is also the tension of competition between parenting individuals like humans when it’s only a random 50 percent of their own genes that are going to get propagated. And while sexual reproduction can bring together mutations that enhance fitness, it can also bring together gene variants that lessen fitness. That’s not good news for the offspring or the parents, although it can lead to benefits for the whole species since deleterious mutations get quickly pruned away.

Evidently, though, the benefits of sexual reproduction more often than not outweigh the costs, especially in smaller populations and when environments are changing rapidly.1 Most famously, sexual reproduction appears to offer a solution to the challenge of the so-called Red Queen hypothesis where species have to run (evolve) as fast as they can to simply stand still in the face of competition or of parasites and pathogens.

Aliens won’t ask to be taken to our leader, they’ll ask for a cheek swab and a consent form.

But sexual reproduction as it exists among 99.9 percent of complex-celled life on Earth is just one way that species jazz up their genomic material. The prokaryotes —bacteria and archaea—carry out liberal amounts of horizontal gene transfer; literally the exchange of pieces of genetic code between individuals who otherwise reproduce asexually. This can happen by the uptake into a cell of genetic snippets that have been released by others into the environment (transformation), the insertion of foreign code by the actions of a virus (transduction), and sometimes the up-close and cozy cell-on-cell bridging that happens with conjugation. It also appears that horizontal gene exchange isn’t limited to prokaryotes. Even primates show evidence of genes that might have been introduced by some form of horizontal (non-reproductive) transfer.2

In other words, we actually live in the midst of a promiscuous free-for-all of genetic mixing and exchange taking place at multiple levels. And critically, the very persistence of these mechanisms across billions of years tells us that they are all important and, in the broader Darwinian sense, successful.

To put this another way: Regardless of the finer details of what life is built out of, we might imagine that the schemes represented by these mechanisms of genetic exchange will emerge in any persistent living system anywhere in the cosmos. That fact raises some intriguing possibilities about what we might discover beyond the bounds of Earth. All to be taken for what they are—informed but utterly speculative proposals.

First, if the processes that mix and spread heritable information are universal, their implementation could depend acutely on the environments and substrates in which they operate. In that sense, how life works on Earth, for all of its multivariate splendor across billions of years, may be highly constrained by the specifics of planetary composition and change, from the chemical milieu to asteroid impacts. Second, lineages of living systems elsewhere may have been around for far longer than the 4 billion years seen on Earth, and lineages will continue far into the future, potentially leaving lots of room for additional versions of information transfer and reproduction to emerge.

Scientists have debated how asteroid impacts can drive material exchange between worlds like Earth and Mars in our solar system and pass biology back and forth. There are proposals that a young Mars was actually a more likely incubator of life than a young Earth, and it only later “seeded” our world.3 The chemist Lee Cronin and I have also suggested that the impact-driven back and forth of abiotic chemistry between Earth and Mars would cause exponential growth of chemical complexity and contribute to the eventual emergence of life.4

Even if life is built out of different stuff in the cosmos, that might not matter. As long as you can decode the information.

If we extrapolate these ideas to more densely packed exoplanetary systems (such as the seven planets of the star TRAPPIST-1), where material exchange between worlds might be much more frequent over time, then there are places in our galaxy where horizontal gene transfer could take place across many tens of millions of kilometers and between entire biospheres.5 Evolution could drive life toward traits suited for this transfer, because it confers greater overall fitness. Eventually alien biologists in these places might concern themselves with a tree of life incorporating multiple planetary incubators, and their genome-mapping companies would tell you who your planetary ancestors were.

On an even grander scale, it’s tempting to imagine life physically exchanging informational algorithms across an entire galaxy. Indeed, the old idea of panspermia leads to the wholesale exchange of biology between the stars. But it seems likely that living systems would need to be built differently, and perhaps operate on different timescales than on Earth, for this scenario to make sense. And that kind of possibility leads to some intriguing ideas. While we can speculate about life evolving from different substrates, the avenue that we have the most insight into (albeit still limited) is where agency-driven organisms devise external technology that can decode or even assume the mantle of complex living systems. In other words, machines that augment or supersede organic biology and change the equation limiting the scope of how, where, and when “genetic” information can be shared and transferred.

The extraordinary thing is that we are already doing this. Take any kind of corrective gene therapy. That therapy relies on an intimate prior knowledge of gene function in healthy populations—from the base-pair sequence of DNA to the interaction of genes with their environment. While gene therapy may not literally take genes from one individual and insert them in another, in many respects it is entirely equivalent to doing just that.

If we allow ourselves to imagine that life elsewhere in the cosmos has evolved toward technological manipulation of its surroundings, then it stands to reason that machine-mediated gene transfer and machine-mediated organism reproduction is happening somewhere. It might be rationalized as a decision made by a consciously aware species, but it could also be seen as a direct, mechanistic extension of the efficacy of gene exchange and sexual reproduction in perpetuating the phenomenon of life.

This unlocks a myriad of possibilities. For example, why stick to sexual reproduction involving only two gene-giving parents? We’ve recently seen a version of this in the birth of a human whose DNA was, in a limited fashion, a mix from three biological parents.6 While this was done to try to fix dysfunctional mitochondrial genes, it opens a door to more radical options. With enough understanding of the interactions of genes and developmental biology, likely supported by machine learning, we might imagine technologically advanced life where offspring inherit a selected mix of genes from dozens, hundreds, even millions of “parents.” In effect every child is truly everyone’s.

When we hit this point, any previous extrapolations can seem pretty parochial. For example, given enough time and technology, a species and its biosphere might surge across the universe driven by an insatiable appetite for life-related informational algorithms (genes in essence but not necessarily in form). Exchanging and blending with anything and everything, looking for new and better pathways through the vast landscape of Darwinian selection. A 10-billion-year-old galaxy represents a fantastic repository of experiments in life. Just as with our own sexual reproduction, a mix and match of tested genes is an efficient way to explore variations that might confer increased fitness. If the aliens ever show up at Earth they won’t ask to be taken to our leader, they’ll ask for a cheek swab and a consent form.

Sexual reproduction is an unparalleled way for a species to enhance their evolutionary experimentation.

It might also be advantageous to do as our prokaryotes do: Give as many genes as you take in your journeys through the cosmos. In doing so you’ll set in motion new evolutionary experiments in new incubating environments. If you come back in a few thousand years something novel and useful may have emerged that will, in turn, help your species’ fitness and its ability to fend off dysfunction or disease.

Indeed, parasites and pathogens could pursue a species through time and space—a kind of cosmic Red Queen scenario. The only hope would be to run as fast as possible to find new genetic tricks to incorporate into your species or biosphere. In that case the impetus to go interstellar might have nothing to do with dreams of exploration or empire, but all to do with fundamental biology. A billion-year-old sentient species may exhaust its options if it stays at home and remains genetically isolated.

Even if life is built out of different stuff in different places in the cosmos, that might not matter. As long as you can decode the informational algorithms behind the organisms and their heritable material, you can incorporate those into your own kind of substrates. In fact, perhaps you don’t need to go anywhere to do this. You just have to communicate. We could, today, use electromagnetic radiation to transmit selected “highlights” of gene data from planet Earth to other stars in the hope of an exchange. Interstellar horizontal gene transfer need not involve physical movement, but could enhance the fitness of any participating species. There is little incentive to transmit deleterious informational algorithms either, since you want all of those other living experiments to continue to churn out their results.

In other words, the ultimate currency of life in the universe may be life itself: The marvelous genetic surprises that biological and technological Darwinian experimentation can come up with given enough diversity of circumstances and time. Perhaps, in the end, our galaxy, and even our universe, is simply the test tube for a vast chemical computation exploring a mathematical terrain of possibilities that stretches on to infinity.