Ignorance: How It Drives Science, a New Podcast

In this premier episode, the hosts ask astronomer Jill Tarter who or what’s out there. 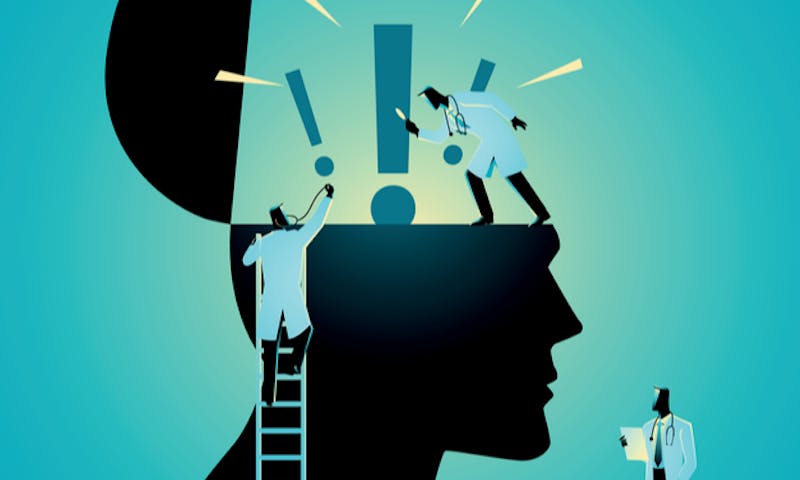 Science is not the massive structure built of facts that you were taught in school—at least not to scientists. What interests scientists is what they don’t know, what remains to be figured out. And there’s plenty of that. In this podcast, we give scientists the opportunity to talk about what they don’t know, how they come up with questions, why one question is more important than another, and what happens if we answer a question. Hint: We usually get more questions.

In our first episode, astronomer Jill Tarter, the former director of the Search for Extraterrestrial Intelligence, takes us on a ride through the history of SETI, the ideas and technology that inspired it, and what astronomers have learned along the way about the “game-changers” that up the ante that there is somebody or something out there.

So forget about the dry facts and join us to hear about the questions, the puzzles, the mysteries that make science go. In our podcast, ignorance, indeed, is bliss.

How did you come to this question as being something that’s been a passion for you your entire life?

I just was so impressed with the importance of this question, “Are we alone?” Humans have been asking it throughout history. And I also was amazed that I was in the right place at the right time with the right set of skills, that I could perhaps do something to try and answer it.

There’s an assumption of you and the people on this planet about what is engineered and what’s natural. What are the expectations of that assumption?

We’re stuck with the physics and technology that we currently understand. And we have to be mindful of the fact that there may be other technologies out there. There may be more physics than we currently comprehend. But when we look at what nature can do in terms of emitting signals, we look at the fact that across the electromagnetic spectrum, all right? So if it’s signals we’re looking for, if that’s what we should be looking for, then we’ve got the electromagnetic spectrum. And in the radio, when you look at emissions from natural sources, from dust and gas and molecular clouds from planets, from other sources, you find that nature spreads the energy of a signal across a number of  different frequencies.

So even though the actual emission from a collection of atoms or molecules, even though that emission may be at a very special frequency, denoting the energy levels between which an atom or a molecule is being excited from or de-excited from, that could be absolutely precise frequency. But because you need many atoms and molecules to give you enough emission to make a detectable signal, and those atoms and molecules will be moving relative to one another, then that precise tone gets spread across a range of frequencies. So nature is broadband, covers a lot of frequencies. We, with our engineering and our laboratories, can produce a frequency that’s monotonic, just one channel on the radio dial.

So frequency compression in the radio is something that distinguishes an engineered signal from an astrophysical signal. And in the optical, it’s time compression. So we’re looking for a bright burst of light or infrared radiation that occupies only a nanosecond, or a millionth of a second—even maybe as long as a thousandth of a second. So these bright flashes are something that we again can create in our labs with lasers, but nature can’t. Nature needs to have a certain amount of atoms or molecules confined in a space, and the light travel time across that volume means that they’re spread out in time. So it can’t make these really precise pulses.

So that’s what we do. We take the voltage out of a radio telescope or an optical telescope and we ask a computer to find a particular pattern that shows frequency compression or time compression. That’s what we’ve been doing for decades.

Now, the really exciting thing is with neural networks and machine learning, we can train a machine with lots and lots and lots and lots of noise. Okay? And then we can simply ask the machine, “All right. Look at these data. Is there anything other than noise there?” So we are able now, we’re just beginning to be able to branch out from that frequency compression, time compression definition of an engineered signal to asking a trained neural network, “Is there anything here but noise?”

So is that a constraint? Today’s computer?

Yes. It constrains how fast we can look through all of the electromagnetic spectrum. So I like to say that we’re looking for a needle in a haystack. In this case, the haystack is nine-dimensional. So three spatial dimensions, a temporal dimension, frequency, polarization, modulation, et cetera. And if you make some, because I made them, I think it’s a reasonable guess about how much of each of those dimensions you might have to search to be comprehensive. Then you ask, “Well, how much of that nine-dimensional volume have we searched over 50 years and 60 years?” And the answer is if you were to take that nine-dimensional volume and say, “Okay, it’s a volume and I’m going to set it equal to the volume of all the Earth’s oceans, right?” So that’s what I want to search through. All the Earth’s oceans. Maybe I’m asking the question of, are there any fish in the ocean? And my experiment is to take a 12-ounce glass, and dip it in the ocean, and look to see what I found in that 12-ounce glass.

That’s a pretty good analog of how much we’ve searched: the 12-ounce glass versus how much we might have to search all of the oceans. And nothing in the glass? Well, I don’t think you’re going to decide that there are no fish in the ocean after doing that experiment. There’s a lot more to search through, and because the computers are getting better and faster, and because the electronics at the various telescopes that we use allow us to look at more bandwidth at any one time, the fire hose that we’re trying to drink from is getting broader, is getting bigger, getting more input every year.

So is it mostly a numbers game?

In terms of looking for an electromagnetic signal, it is a numbers game, But I have to admit that we may be doing an absolutely superb job at looking for exactly the wrong thing. We don’t know what might be the evidence for someone else’s technology. And so I’ve begun using a term that I call techno-signatures and paralleling it with the search for biosignatures, which is what astrobiologists are  looking forward to as evidence of life beyond Earth. And techno-signatures now could be a much broader spectrum of concepts other than electromagnetic signals.

Suppose for example, when we finally build big enough telescopes on the ground or in space to be able to look at the TRAPPIST-1 system of planets, which many people know about, because it showed up one day in The New York Times in full color above the fold, an artist’s concept of what those seven Earth-size planets orbiting a small, tiny, red star, what the artists thought they might look like.

We’ve never seen them, but someday we will have telescopes that will be capable enough to image those dim planets around a star and show us what they look like. Well, they’re all at different distances from their star. So they should all be at different equilibrium temperatures, right? Well, when we can finally do this job, what if they’re all the same temperature? What if they all look alike? Nature doesn’t do that. But some advanced technology with the capability of engineering on planetary scales might in fact have transformed these worlds for whoever lives there, right? So if you see seven earths around a star at different distances, you might scratch your skin and say, “How the heck does that happen?” Right? And you might begin to think about somebody’s engineering. Lots of other things that you could imagine.

As we go looking for evidence of someone else’s technology, they’re going to have to be close to us, right? Because we’re limited by the sensitivity of our devices. But that’s not only close in space, it’s close in time. We live in a galaxy that’s 10 billion years old. So how likely is it that another technological society is not only going to be close enough in space to us, but co-temporal, overlapping in time? That doesn’t happen unless technologies last for a very long time. And so that’s one of the reasons that I’m so pleased to be working on this project and talking to people about this project, because if we were ever to succeed in detecting a signal, it would imply that we can look forward to a very long future, right?

We won’t succeed unless technologies on average are long-lived. If we succeed, that means that we can have a long future. I think that’s one of the motivating factors for me working on this project. There are many other things that we can do, and that we’re trying, that would show that, mm-hmm (affirmative), maybe the future isn’t so long out there. But this one could be incredibly motivating. If somebody else made it through this adolescent technology stage that we’re in, if somebody else made it through, then we can figure out how to do it, too.