On “Learning the Trees” 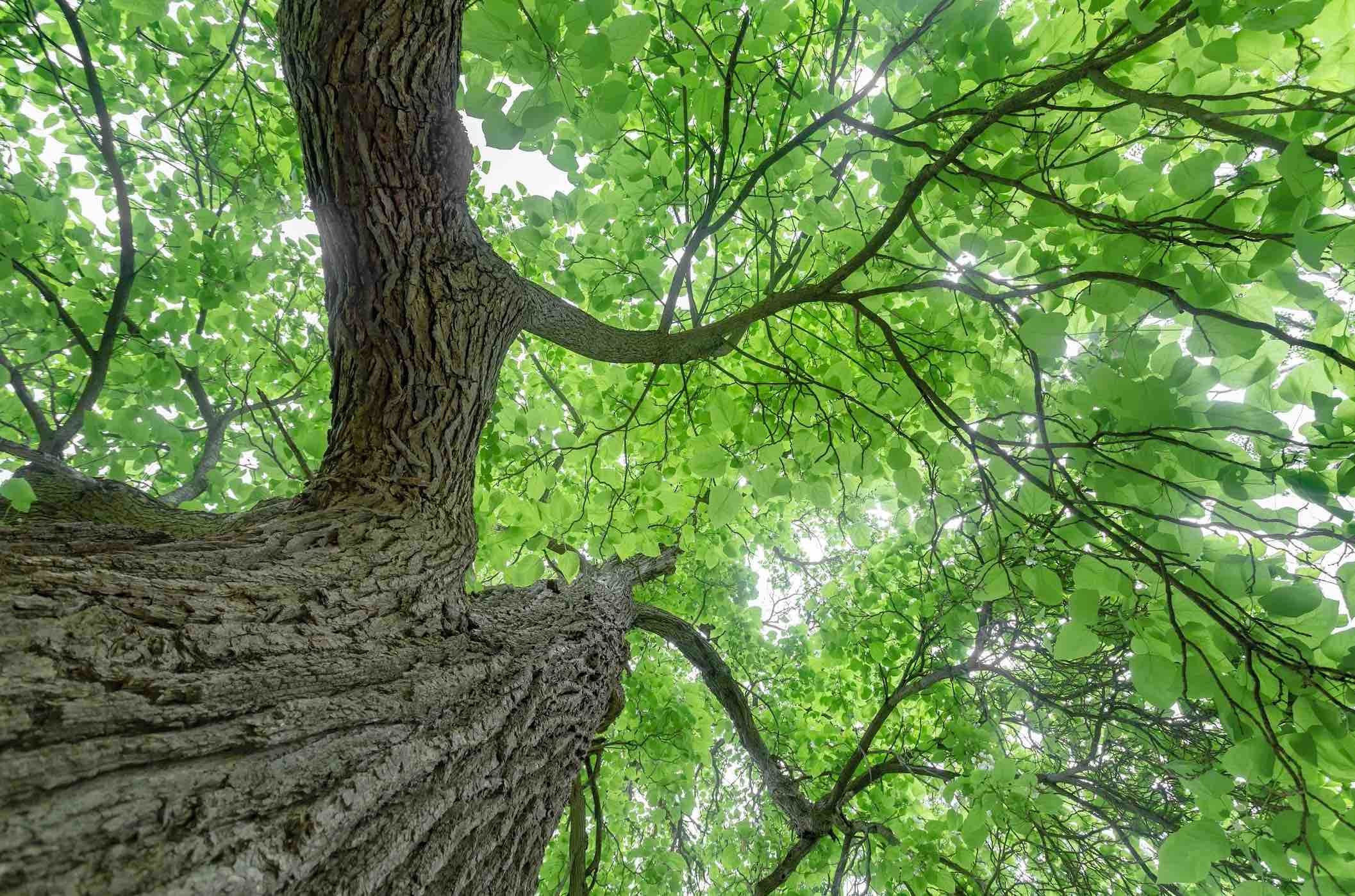 Howard Nemerov, a major voice of mid-twentieth century American poetry, lived for a good portion of his life in rural Vermont, where he spent time considering the natural world. Perhaps prefiguring E.O. Wilson’s anticipation of a new era of scientific humanism, Nemerov’s poetry was known for a confluence of scientific precision and imaginative freedom.

In his poem “Learning the Trees,” Nemerov offers a witty, and perhaps coy, mandate for the appreciation of trees, setting his readers up to contemplate both the power and pitfalls that language brings to our interactions with the natural world.

Learning the Trees
By Howard Nemerov

Before you can learn the trees, you have to learn
The language of the trees. That’s done indoors,
Out of a book, which now you think of it
Is one of the transformations of a tree.

The words themselves are a delight to learn,
You might be in a foreign land of terms
Like samara, capsule, drupe, legume and pome,
Where bark is papery, plated, warty or smooth.

But best of all are the words that shape the leaves—
Orbicular, cordate, cleft and reniform—
And their venation—palmate and parallel—
And tips—acute, truncate, auriculate.

Sufficiently provided, you may now
Go forth to the forests and the shady streets
To see how the chaos of experience
Answers to catalogue and category.

Confusedly. The leaves of a single tree
May differ among themselves more than they do
From other species, so you have to find,
All blandly says the book, “an average leaf.”

Example, the catalpa in the book
Sprays out its leaves in whorls of three
Around the stem; the one in front of you
But rarely does, or somewhat, or almost;

Maybe it’s not catalpa? Dreadful doubt.
It may be weeks before you see an elm
Fanlike in form, a spruce that pyramids,
A sweetgum spiring up in steeple shape.

Still, pedetemtim as Lucretius says,
Little by little, you do start to learn;
And learn as well, maybe, what language does
And how it does it, cutting across the world

Think finally about the secret will
Pretending obedience to Nature, but
Invidiously distinguishing everywhere,
Dividing up the world to conquer it,

And think also how funny knowledge is:
You may succeed in learning many trees
And calling off their names as you go by,
But their comprehensive silence stays the same.

At first glance the poem’s orderly shape of evenly balanced quatrains, as well as its didactic opening sentence, offers a confident, scholarly tone. The tone soon shifts, however, and then moves slyly through the stanzas, pushing back here and there against authority and order, almost winking at the reader to challenge the commanding directives. The poem shifts from lecture mode to casual asides and back, creating an ambiguity that invites the reader to consider how language affects our inclination to perceive the natural world.

One of the shifts in tone derives from the poet’s deft arrangement of line breaks. The first line, for instance, breaks mid-sentence. “Before you can learn the trees, you have to learn” offers a hint of contradiction: we have to learn before we can learn? Is this a directive or a joke? But the remaining part of the sentence, continuing into line two, ends with a scholarly imperative: “[Before you can learn the trees, you have to learn] / the language of the trees.” This enjambment—the continuation of the thought into line two—introduces us to the ambiguous concept of the language of trees. Caught between the pull of scientific accuracy against a fanciful, or Romantic reading, we might ask, “Does the speaker mean the language of scientific terms to describe trees, or rather, that the trees have a language of their own? The second line continues with a new thought, and another intriguing break: the matter-of-fact, almost dismissive, “That’s done indoors,” followed by the qualification, “Out of a book,” addresses the reader in a way that might be condescending, but might also let us in on a joke, especially as the speaker goes on with the cheeky comment, “which now you think of it / Is one of the transformations of a tree.”

The next two stanzas offer the delights of simply articulating scientific terms, the list of words marching across the lines in rhythmic order, asserting the apparent sturdiness of precise, scientific language. The fourth stanza, though, pushes back, leading the reader away from scholarship, or book learning, with a tone of mock solemnity in such phrases as “Sufficiently provided” and “you may now / Go forth,” suggesting that the lock-step list of terms may not be enough, and ending with the two critical lines that the poem turns on: “To see how the chaos of experience / Answers to catalogue and category.”

Moreover, the fifth stanza begins with a single word, in itself a full implied sentence that opposes the orderly nomenclature—“Confusedly.”—and ends with a dismissive reference to “the book”—“All blandly says the book, ‘an average leaf’”—as if book learning can’t hold a candle to the direct observation of actual trees. The next two stanzas further exploit the confusion that occurs when leaves in the natural world defy textbook description: the phrase “somewhat, or almost” appears, along with the wonderfully ironic “Dreadful doubt,” seeming to put all book learning in disarray.

Nevertheless, the eighth stanza brings our attention back to the benefits of knowing the terminology organized and preserved in books: “Still, pedetemtim as Lucretius says, / Little by little, you do start to learn.” The speaker has begun to ponder, philosophically, where language and observation meet.

The duality expressed in those final critical lines of the fourth stanza, as well as the argument embedded in subsequent stanzas, are the focus of a discussion between Poetry in America Director Elisa New and Director of the Arnold Arboretum Ned Friedman.

As Professor New extols the human pleasures of naming, and the knowledge that is linked closely to the acquisition of scientific terminology, Dr. Friedman poses some concern about the potential limitations that knowledge may bring to the pure enjoyment of “knowing” the trees without such information:

“They put this language between you and an organism that exists without language…Language is at best a proxy, a human attempt to categorize, to pigeonhole, to somehow isolate these organisms into parts, which is not possible…I’m not sure, for the purposes of observation and the aesthetic of nature, that [language] actually draw[s] you closer…”

As Dr. Friedman speaks of the “blinders” that scientific nomenclature imposes, Professor New champions the benefits of those very “blinders.” It might appear, on the surface, to be a reversal of professional roles—the one from the world of science and the other from the arts taking each other’s respective lines. On the other hand, is their conversation not at the very confluence of the two worlds, and wouldn’t it make sense for there to be some interchange?

The final stanzas seem to affirm both sides of the conversation: “what language does,” in fact, is “compet[e] with / Experience while cooperating with / Experience.” The speaker then appears to revert to invective, anthropomorphizing language itself and highlighting its almost predatory nature: “Pretending obedience to Nature, but / “Invidiously distinguishing everywhere, / Dividing up the world to conquer it.” The last stanza, however, re-establishes the mystery at the heart of the poem, bringing us back to the trees themselves, whose “comprehensive silence stays the same.”