On Observation and Imagination 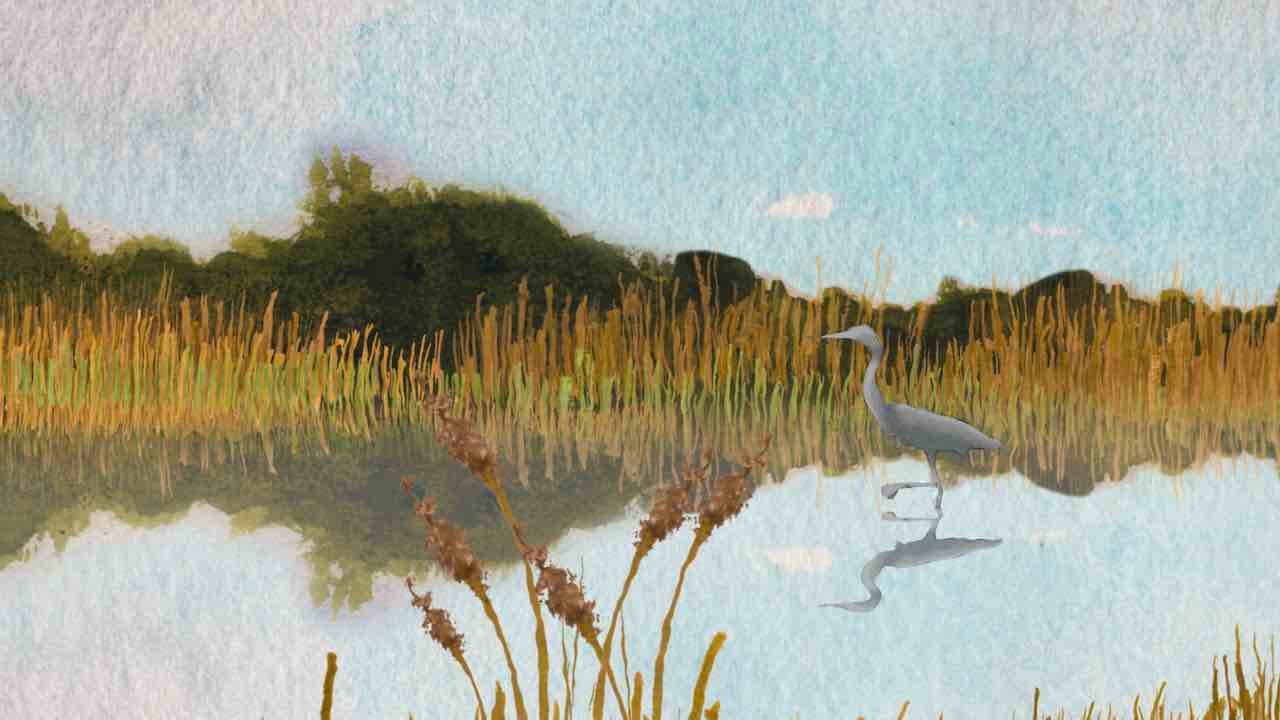 For centuries, the methods of poetry and science were theorized in tandem. Aristotle moved freely from describing how to produce a play most likely to wrench cathartic tears from an audience to postulating about the souls of animals or the intentions of an acorn. Some early natural philosophers even composed their findings as poetry; Lucretius’s long poem Of the Nature of Things speculates on the errant behavior of atoms, swerving through space, shaping matter as they go. In the earliest days of science and poetry, observation and imagination were on fairly equal footing. Lucretius didn’t have a microscope, but he could dream.

That began to change during the Scientific Revolution. As scientists refined their instruments and started to observe worlds hitherto unseen—from the glittering galaxy to the microcosm of a cell—poets perked up: often with admiration (Milton celebrates Galileo in Paradise Lost, for example); but also, as science continued to gain cultural traction, with envy and anxiety.

Some coped by poaching from scientific findings and methods. Erasmus Darwin—grandfather of evolutionary theorist Charles—whose rollicking poem on the sex-lives of plants, The Botanic Garden, was inspired by the classification system of Carl Linnaeus, amended his poetry with footnotes documenting his own scientific experiments. Others, such as Romantic poet and artist William Blake, were intrigued and appalled by science in almost equal degrees. Blake drew suns that looked like bloody cells around a heavenly creator, and a majestically naked, yet nearsighted Newton, muscularly folded over on himself tracing circles with a geometric compass on the ground. And some poets were just flat-out offended. Keats is supposed to have complained, for example, that Newton had ruined rainbows by reducing them to mere prisms.

It is hardly an accident that many of the most powerful accounts of what the imagination might be were composed by poets during a period of widespread fascination with science. As the sciences were increasingly professionalized in the 19th century, Romantic poets like Samuel Taylor Coleridge and Percy Bysshe Shelley argued vigorously for the imagination as an active force, a poetic method in its own right that made something in the world (the word poetry comes from the Greek word for making, poiesis) just as a scientist might make a discovery by pursuing their observations with fervor and precision.

What role do observation and imagination play in the composition and interpretation of poetry today? In a course on environmental poetry recently developed for K-12 teachers at the Harvard Extension School, “The Poetry of Earth, Sea, Sky,” Harvard English professor and Poetry in America director Elisa New asked scientists to lend the insight of their methods and knowledge to the interpretation of poems. In the video below, New speaks with former U.S. Poet Laureate Robert Hass, whose work, beginning with his first collection, Field Guide, frequently engages with science, and the centrality of observation to both naturalists and poets. New also speaks with evolutionary biologist E.O. Wilson, one of the most influential scientists and public intellectuals of his generation. Wilson has argued for what he calls “consilience”: a reconciliation between humanistic and scientific thinking that recalls the foundations of modern science, when poetry and science were on chummier terms. These three channel their conversations through a reading of a single contemporary poem: Galway Kinnell’s “The Gray Heron” (which is also the subject of a Poetry in America TV episode).

It held its head still
while its body and green
legs wobbled in wide arcs
from side to side.  When
it stalked out of sight,
I went after it, but all
I could find where I was
expecting to see the bird
was a three-foot-long lizard
in ill-fitting skin
and with linear mouth
expressive of the even temper
of the mineral kingdom.
It stopped and tilted its head,
which was much like
a fieldstone with an eye
in it, which was watching me
to see if I would go
or change into something else.

Observation is clearly important to Wilson’s conception of science, and Hass’s understanding of poetry. Wilson suggests that a scientist compiles observations in hopes of making a discovery; meanwhile, Hass shows how, in Kinnell’s poem, while observation can be keen, it isn’t necessarily conclusive. Rather, the poetic speaker wobbles, much like a heron on its gangly path, between looking and imagining.

In Kinnell’s poem, observation and imagination become interdependent poetic faculties. But there are plenty of modern and contemporary poets for whom the imagination has not been especially important. Consider the mid-20th century French poet Francis Ponge, who wrote an entire book about his observations of soap; or contemporary conceptual poets like Kenneth Goldsmith, who has published verbatim weather reports and argued for “uncreative writing” when facing a millennial backlog of existent texts. For many contemporary environmental poets, like Robert Hass, there may even be a moral problem of imagination as a turning away from the ongoing wreckage. For such writers, a poetics of observation is a poetics of witness.

Likewise, you may not hear scientists like Wilson singing the praises of the imagination; but Wilson’s valorization of “discovery,” with its leap into the previously unrealized, assembled from accumulated observations, resembles definitions of the imagination by Romantic poets like Coleridge quite a bit. When we consider the history of science, scientists have often had good reason to claim imagination for themselves. To give just one example, using math, physicists imagined black holes long before scientists turned Earth into a camera to compile an image of one. (And how much more awesome was the idea of this ravenous mass, absorbing everything around it, erratically pitching stars around its awful core, than the picture of the cosmic donut they produced.)

Ultimately, though, we live in an era in which neither poetry nor science is the key cultural player. Our world is mediated not by language or matter but media. The information at our fingertips doesn’t require observation, only downloading. With prepackaged imaginations luminescing at us from almost every screen, we need only swipe left for an entirely different view.

In this world, it’s “creativity”—admired equally from the boardrooms of Silicon Valley to the ecstatic archival voyeurism of Brain Pickings—that has taken on the cultural importance Shelley tried to win for the imagination in the early decades of the 19th century. But here’s where Kinnell’s poem, which has nothing to do with “creativity”—with making a new product to sell or feeling inspired—is so instructive. “The Gray Heron” calls into question both the idea of observation as a placid act, and imagination as a transforming spectacle. The poem exemplifies how looking closely and dreaming vastly might, in fact, be the same thing. For instance, the species that the speaker begins by considering so minutely isn’t a real one at all: there are grey herons in Europe, and great blue herons on this side of the Atlantic, but no gray heron outside of Kinnell’s poem. From this initial foray—equally observant and imaginative—we forge onward into possibilities of geological time, evolution, the brutal interdependency of the food chain, or the whimsy of magic. (How does, after all, a bird emerge from a lizard?)

Imagination, Kinnell suggests in this poem, is already implicit in any true act of observation: the moment we begin to really look at what is, we also begin to imagine what it might be. Kinnell, and his readers in the video above, help us to see how observation as imagination is important for both poets and scientists. Really, for us all.