How one airline wrestles with the uncertainty of weather. 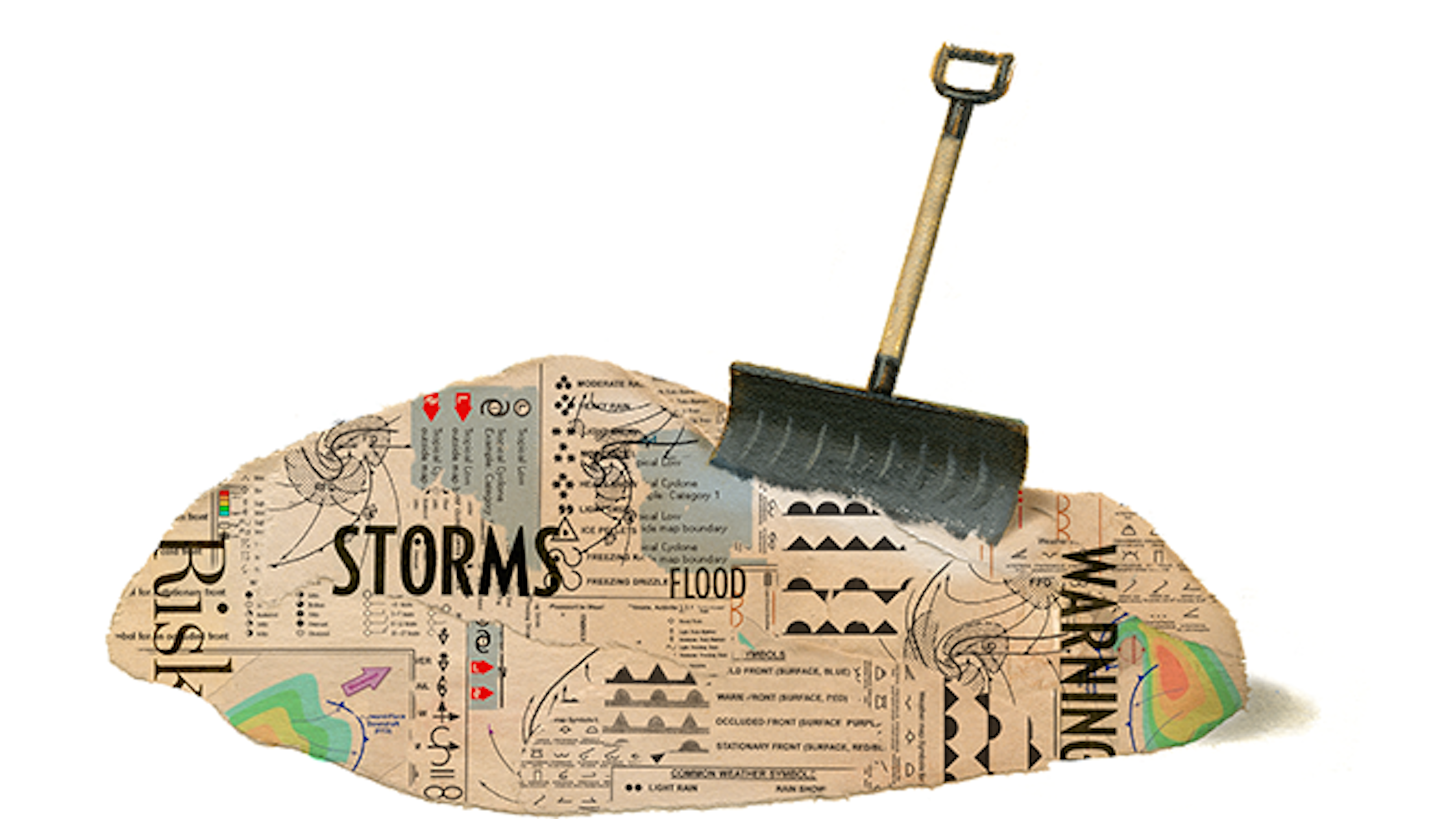 When Rick Curtis, Chief Meteorologist for
Southwest Airlines, walks down the hallway, he is often asked, “What does this
week look like?” For Curtis, it’s the universal question that comes to him
from every level of management—frankly, just about everyone at Southwest has a
stake in the answer.

What concerns the executives is the one uncertain element that
Southwest, the largest domestic carrier in the United States and one of the
best run and most profitable airlines in the world, cannot control. And that,
of course, is the weather.

Weather delays are not only infuriating
for travelers stewing in airports eating bad pizza—they also cost the airlines more than $1
billion a year. Revenues evaporate with
every plane grounded by snow or hurricanes, and are siphoned by jets flying
around thunderstorms. Southwest won’t release an exact dollar amount, but they
say weather delays make up a considerable part of annual revenue loss.

With so much money at stake, not to mention travelers’ patience
on a low boil, airlines perennially strive to manage uncertain weather. They
can’t control nature, but they can improve their responses to it. To do this
they need better forecasts. Airlines and airports also hedge against the
weather’s wrath by utilizing complex financial instruments called weather
derivatives.

Since the first jet flew the unfriendly skies, commercial
airlines have used weather forecasts to help them operate. And it’s worked.
Travelers may be surprised to learn that the amount of delayed flights declined
from 2003 to 2012, largely because of improvements in forecasting.

But for Southwest, that’s
not enough. Curtis, who wanted to be a meteorologist since he was 10, explains
that a large part of
his job is keeping Southwest operating
as efficiently as possible by staying on top of the latest in
forecasting technology.

During one week in April,
when snow carpeting airport runways in Denver and Minneapolis brought the rate
of flights down from 100 to less than 25 an hour, Curtis was attentively
watching the live stream of weather data on his five monitors at Southwest’s Dallas
headquarters.

“When airline executives make a call to ground traffic or resume
flights, it’s largely riding
on the information I give them,” he explains. “I have to be able to tell them
with a minimum of 75 percent certainty that a weather event is imminent.”

That week, Curtis’s forecast
helped dispatchers make the call
to ground planes before the first flurries
touched down on the tarmac. To calculate when to resume flights, Curtis had
to know how individual weather conditions—from freezing rain, to lightning, to
thunderstorms—affect the operation of the plane. Freezing rain, for example,
can ground flights for hours, not so much because it interferes with flying but
because the ice that forms on the wingtips can alter the aerodynamics and lead
to loss of steering. And it’s a painstaking, manual process to clean the ice
off, requiring extra ground crew.

As the biggest air carrier in the
states, Southwest has about 700 planes aloft daily, with most doing as many as
six or seven flights per day throughout the contiguous United States.  Of course delays or cancellations cost the
airlines money, but it’s the rerouted flights that hurt their pocketbook the most.
Not surprisingly, when an airline has had a year of high revenue loss due to
weather, consumers can feel it in the shape of fare hikes the year after.

The
most expensive weather related situation is when ground conditions are too
treacherous for a plane to land. “No plane can land during a
thunderstorm,” Curtis says, “and thunderstorms are the most common weather
event.” Airlines now have approximately 18 minutes of warning time before the
skies open and unleash a torrent. This is not nearly as much time as Curtis
would like.

Unlike many airlines that are
structured as hub-and-spoke operations, Southwest flies along straight line
routes extended over 97 cities. So when a plane originating in Denver is
diverted, Southwest has to make additional stopovers, guzzling a lot of fuel in
the process.

“Jet fuel,” explains Curtis, “is an
airline’s number one expense, consuming 36 percent of Southwest’s costs.” Forcing
a plane to travel another 200 miles adds to the tab, as does storing heavy spare
fuel on board in what is known as the “contingency bucket,” which all planes
must do in case of a reroute.

Given the huge costs of detours and the
high volume of traffic, it is easy to understand how advances in weather
forecasting and planning could save airlines money typically lost to re-routed,
delayed, or cancelled flights. So getting the best data is imperative to
Curtis.

It might come as a surprise to learn
that, up until recently,
all the major carriers depended on the same free data provided by the National
Weather Service (NWS).

This free data is very good, and has
only been getting better. The airlines are about to enjoy a big windfall in
this regard, with the NWS’s upcoming 2015 launch of the upgraded Geostationary
Operational Environmental Satellite system (GOES).  The satellites will offer real-time detection
of lightning and thunderstorms. Some meteorologists believe that GOES will substantially
increase warning times for thunderstorms. Within 10 years, the goal is to
quadruple today’s lead times, and to anticipate twisters 60 minutes before they
form.

The NWS also recently upgraded all 160
stations in its national radar network to use a technology known as Dual
Polarization Doppler Radar. This offers a two-dimensional picture of
precipitation from near ground level to almost 70,000 feet, which is about 35,000
feet above where planes fly. The modeling is so textured now that forecasters
could “see” a debris ball rotating in the sky inside the recent twister in
Moore, Okla. Similarly, hail and rain are identifiable by their shapes on the
radar image.

In addition to these advances in public
data, private companies have learned that they can turn weather information
into a lucrative business and are bringing their own contributions to the table.
The Weather Channel has a professional forecasting arm, called Weather Services
International (WSI). IBM is creating Deep Thunder, which uses IBM’s advanced
computing power to generate a three-dimensional model that depicts the weather
in high temporal and spatial resolution. It’s information that Southwest and
other carriers, eager for as much warning time as possible, may well be willing
to pay for.

These airlines are also taking forecasting
into their own hands.  Southwest installed
water vapor sensors on the bellies of 90 aircraft in its fleet.  Data from these sensors provide information
on precipitation levels, which helps forecasts to be more accurate and reduces
the uncertainty associated with turbulence, which is caused by changing air
currents.

The next time your flight is delayed
due to inclement weather, just remember—we’ve come a long way from forecasting
as it was done a century ago, when the
NWS sent up weather balloons twice a day. And it’s only getting better.

Allan
Dodds Frank is a Emmy
& Loeb Award-winning journalist and former anchor at Bloomberg
and CNN.
He has also been a business investigative correspondent at ABC News.
He currently writes for Fortune.com
and Newsweek/The
Daily Beast.
He is receiving this year’s Guardian Award for distinguished
journalism from the Association of Certified Fraud Examiners.