The Hunt for a New Neutrino

Physicists are hot on the trail of a new fundamental particle. 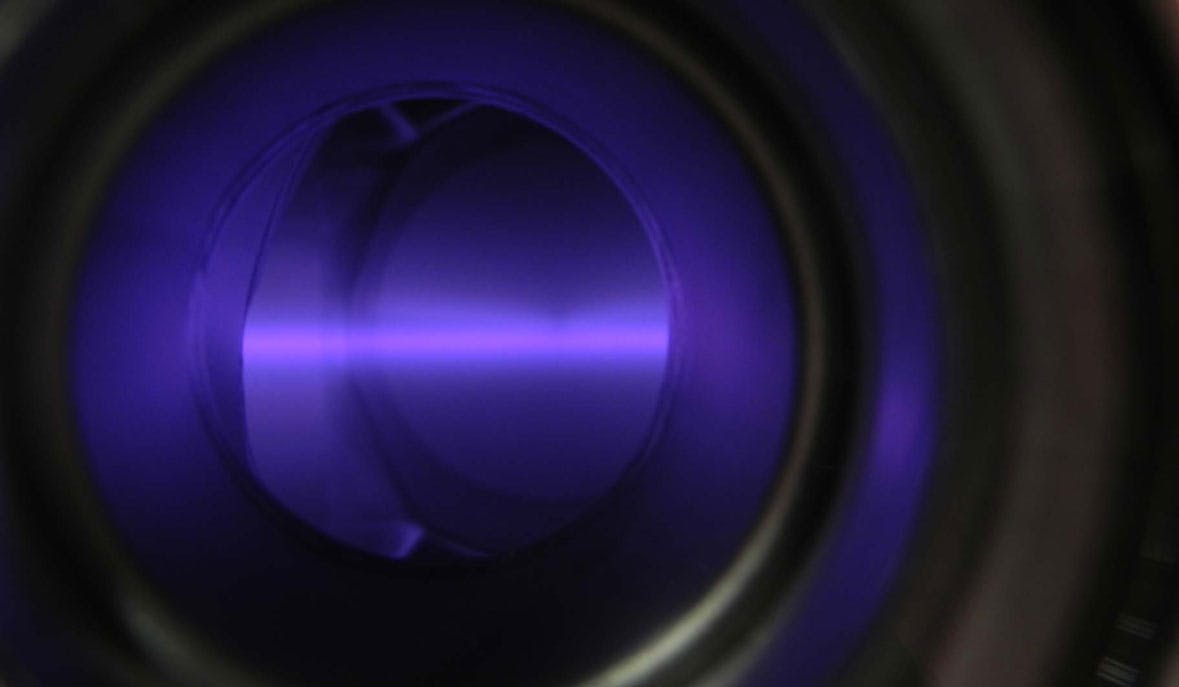 Neutrinos are perhaps the most exotic particles known to science. They are everywhere—an estimated billion of them fill every cubic meter of space, and trillions more are emitted by our sun every second—but you can’t see them. Neutrinos are a form of matter, but they interact with normal matter so rarely and so weakly that it’s hard to detect them. Scientists have known how to produce neutrinos in reactors and accelerators for more than 50 years. And yet, even after multiple discoveries and three Nobel Prizes, scientists still know very little about them. But these elusive little wisps of matter may hold the key to the next major advance in our understanding of basic physics and the nature of the universe.

Neutrinos come in three types, or flavors. Over the past two decades, scientists have discovered an effect called neutrino oscillations, where neutrinos morph from one flavor to another. This is a quantum mechanical effect that can only occur if neutrinos have mass, in contradiction to the current theories that describe fundamental particles and their properties, known as the Standard Model. Maybe the model can still be patched up—this is yet to be seen. But the discovery was a clear hint that understanding neutrinos may require new physics.

The discovery of a new fundamental particle would revolutionize particle physics.

The surprises in neutrino physics have not stopped with neutrino mass. More recent experiments have detected additional anomalies in neutrino oscillations. The hints of unexplained neutrino behavior come from several directions, and are reasonably consistent. The first are accelerator-based experiments that search for oscillations from one flavor of neutrino to another. The second are reactor-based experiments that search for one flavor of neutrinos to oscillate away—so-called “disappearance” experiments. The last are beta-decay sources that also show neutrino disappearance. Over the last decade, as oscillations have gone from speculation to established fact, evidence has accumulated that cannot be explained by simple extensions of current theory.

One solution that might explain these anomalies would be the existence of neutrinos that simply don’t interact with normal matter at all—so-called “sterile” neutrinos—with the suggestion that neutrinos can oscillate both between different types and between regular and sterile forms. That would be startling enough.

But even more recent experiments suggest still additional anomalies: They seem to show that neutrinos are changing flavor with a completely different (higher) frequency than has been observed before. If this result is confirmed, it would mean that an additional fundamental particle, in the form of a new and more massive neutrino or set of neutrinos, is causing these oscillations.

It’s important to note that the newly observed anomalies or unexpected oscillations of neutrinos, although they have been observed in several ways with several types of experiments, are not yet definitive. That’s not surprising, because it requires either a much more intense source of neutrinos, or a very long observing period (many years), as well as an ideal physical setup of the neutrino source and a detector, gauged to match the character or frequency of the expected oscillations.

Just such a definitive experiment is what we propose to do. Our experiment has several unique elements:

The discovery of a new fundamental particle—just when, with the recent discovery of the Higgs particle, physicists thought they had finished cataloging such things—would completely revolutionize particle physics and require significant revisions to current theories. A new neutrino might also help solve astrophysical mysteries, providing a possible candidate for the dark matter that comprises most of the universe: We can’t see dark matter, but can observe its gravitational effects on clusters of galaxies. Some theorists think that a new neutrino could also help to explain other fundamental mysteries, such as why there is such an imbalance in the presence of matter and anti-matter particles (anti-matter particles are relatively rare). In short, a new neutrino, if it exists, would create all sorts of excitement and open new research directions in basic physics and astrophysics.

How to Search for a New Neutrino

The research we propose, the IsoDAR (Isotope-Decay-At-Rest) project, is at the forefront of neutrino research. It involves building an advanced cyclotron accelerator capable of 10 times the beam current of current commercial cyclotrons. This advance is due in large part to accelerating H2+ ion particles consisting of two protons and a single electron instead of single protons, but also includes advances in the efficiency of ion injection into the accelerator and beam extraction from it.

The ions are injected at the center of the circular accelerator (see above illustration). The magnetic field of the cyclotron causes these slow moving particles to bend and begin to orbit. Energy is added through radiofrequency (RF) waves, generated by RF cavities, pushing the particles to higher and higher velocities as they spiral around the accelerator following larger and larger loops in the magnetic field. When the beam leaves the accelerator, the electron is stripped off and the resulting energetic proton beam is directed to a beryllium target, generating a cascade of neutrons and a lot of heat—so much that the target has to be continuously water cooled. The neutrons in turn are captured by a blanket of an isotope of lithium, forming the unstable Li8 by emitting an anti-neutrino. The accelerator can run continuously, and the process is relatively efficient, generating about 16 neutrinos per 1,000 protons, far more than produced at any conventional accelerator.

The anti-neutrinos will stream through the shielding and the underground tunnel walls into the existing KamLAND neutrino detector in Japan, which is a 1,000 ton tank of scintillator oil that contains hydrogen (protons). The walls of the detector are lined with phototubes that detect the flash of light given off when an anti-neutrino hits one of the protons; the interaction also releases a neutron, whose detection provides a co-incident confirmation. The close proximity of the detector to an intense neutrino source—just 16 meters will separate the source from the center of the detector tank—will allow detection of an oscillation in the neutrinos, characterized by the disappearance and reappearance of the produced neutrinos as some change flavor to become “sterile” or non-interacting. Such an oscillation, hinted at in previous experiments, would confirm the existence of one or more new neutrinos.

The cost to build this advanced cyclotron accelerator and the neutrino source in the underground cavern at KamLAND is estimated to be $50 million. Construction is expected to take three years. With just six months of operation, the experiment can definitively determine whether the existing anomalies are due to a new neutrino. With five years of running, the oscillation wave can be precisely mapped so as to establish the actual number of new neutrinos contributing to the oscillations. After the technology is fully developed, a number of these small-sized, low-cost, and portable accelerators are envisioned to be installed next to several large neutrino detectors throughout the world, leading to a number of opportunities within the larger neutrino program. This is an extraordinary opportunity for philanthropy.

Quite apart from their central importance in particle physics, astrophysics, and cosmology, these accelerators are also likely to have commercial importance. In particular, they are of interest for the world-wide production of medical isotopes and accelerator-driven, sub-critical reactors.