The Most Symmetrical Objects in the World 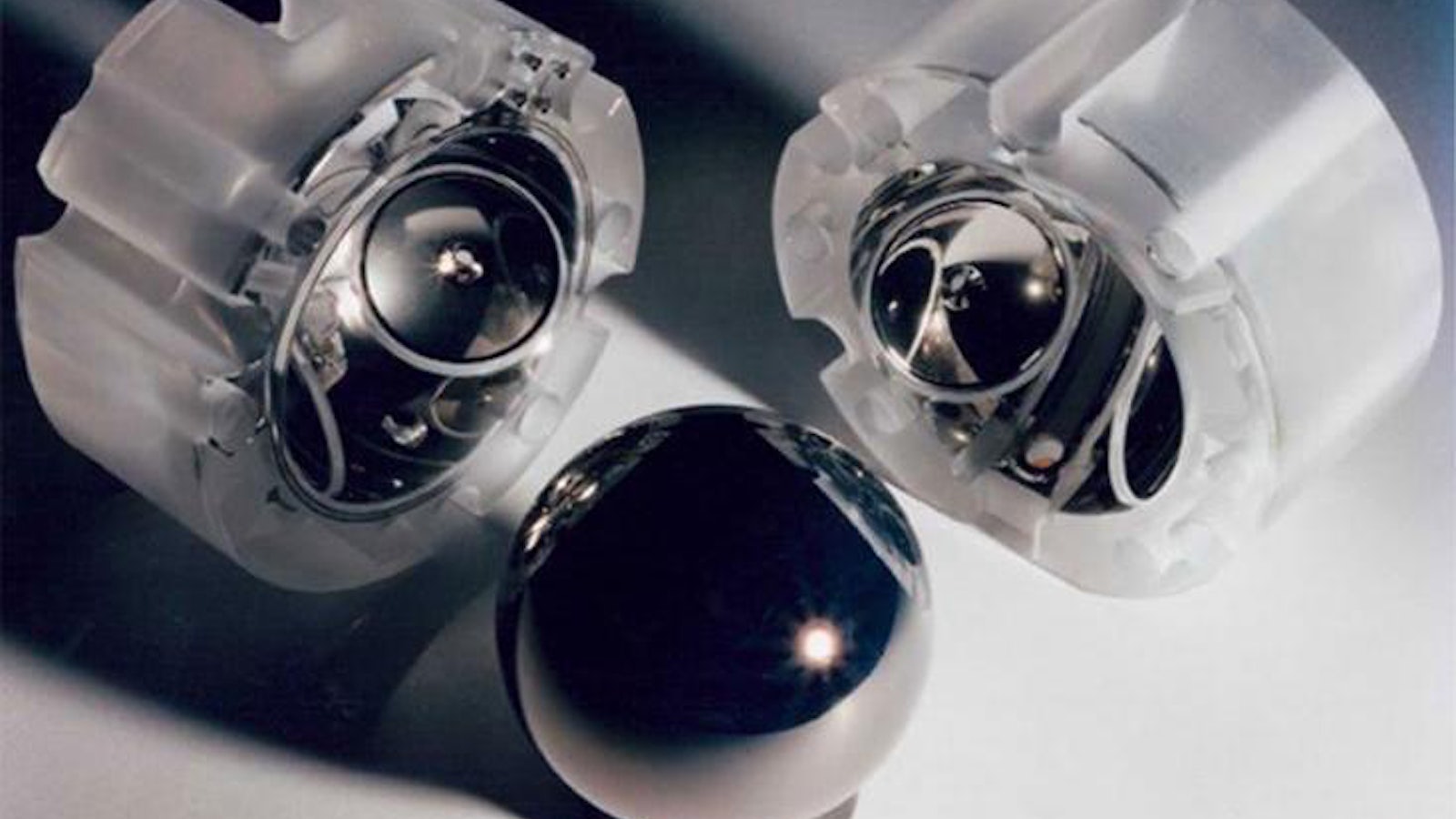 If you’ve ever tried to give yourself a haircut, you know just how hard it is to make something precisely symmetrical. We value symmetry so highly in part because it’s really hard to achieve. Here are five of the most symmetrical objects humans have ever crafted, and why they were so hard to make.

In 2004, Gravity Probe B (GP-B) was launched into space on a Delta II rocket with the mission of testing the theory of general relativity. The Earth-orbiting satellite included a set of gyroscopes that could measure two of the phenomena predicted by general relativity: the curvature of spacetime (the geodetic effect) and the distortion of spacetime by large objects (frame-dragging). In order to measure these things, the gyroscopes had to be incredible accurate. Being off by anything larger than one one-hundred-billionth of a degree every hour would ruin the experiment. Standard gyroscopes used on submarines and military aircraft, for comparison, are over ten-million times less accurate.

Gravity Probe B’s only real contender, when it comes to perfect spheres, is the ball that should soon define a kilogram.  This sphere is the result of The Avogadro Project, and its raw materials alone cost over a million dollars. The goal is to to supersede and replace the international prototype kilogram (IPK). The kilogram is the very last unit in the International System of Units (essentially, the metric system) that is still defined by a physical object—a cylinder made of platinum-iridium alloy—rather than physical principles. That cylinder currently sits under three nested bell jars in a climate-controlled vault just outside of Paris.

The resulting sphere is only 25 nanometers away from being perfectly round, and probably will bump the GP-B spheres from their title sooner or later. “If you were to blow up our spheres to the size of the Earth, you would see a small ripple in the smoothness of about 12 to 15 millimeters, and a variation of only 3 to 5 meters in the roundness,” said CSIRO master optician Achim Leistner.

Without the pesky realities of the physical world, mathematicians have been able to imagine incredibly symmetrical structures. Lie group E8, for instance, is a set of 248 different forms of symmetry that apply to a theoretical 57-dimensional object. The structure was theorized in the late 1800s, but it wasn’t until recently that researchers from the UK and Germany announced that they were able to create a physical system that represented E8 in the real world.

Creating something that’s really symmetrical by hand is difficult even with current technology. That is why these strikingly symmetrical pieces of ear jewelry, alleged to be centuries old, have been seized upon by conspiracy theorists, who argue that they couldn’t possibly have been made without modern tools. Archaeologists beg to differ. The tiny plugs are indeed remarkably well-made, but they weren’t made by aliens or hoaxers using modern machines—just by exceptionally skilled Aztecs. Archaeologists who have excavated the workshops where they were made say that many were crafted using stone, ceramic, and wooden hand tools.