Those wondrous, undulating flocks are stirred by predators. 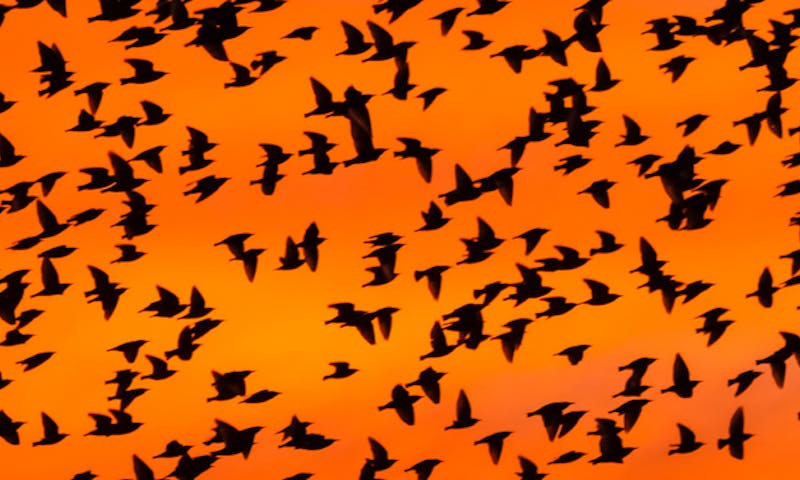