Eight foundational images from the archives of the Carnegie Observatories. 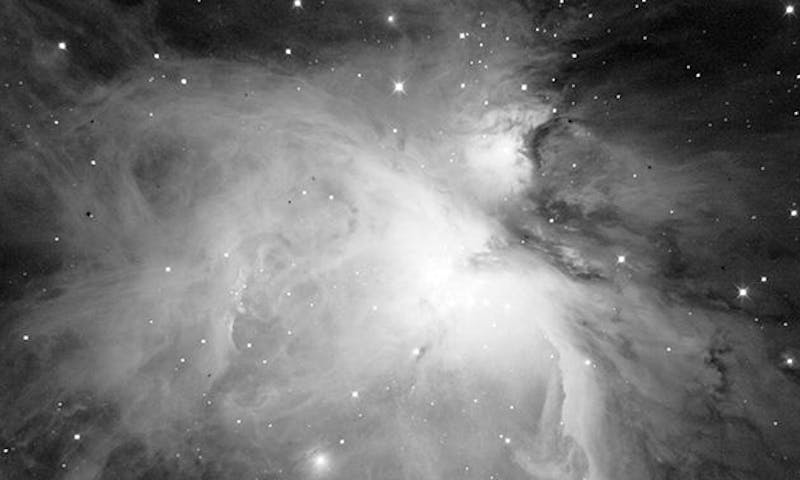 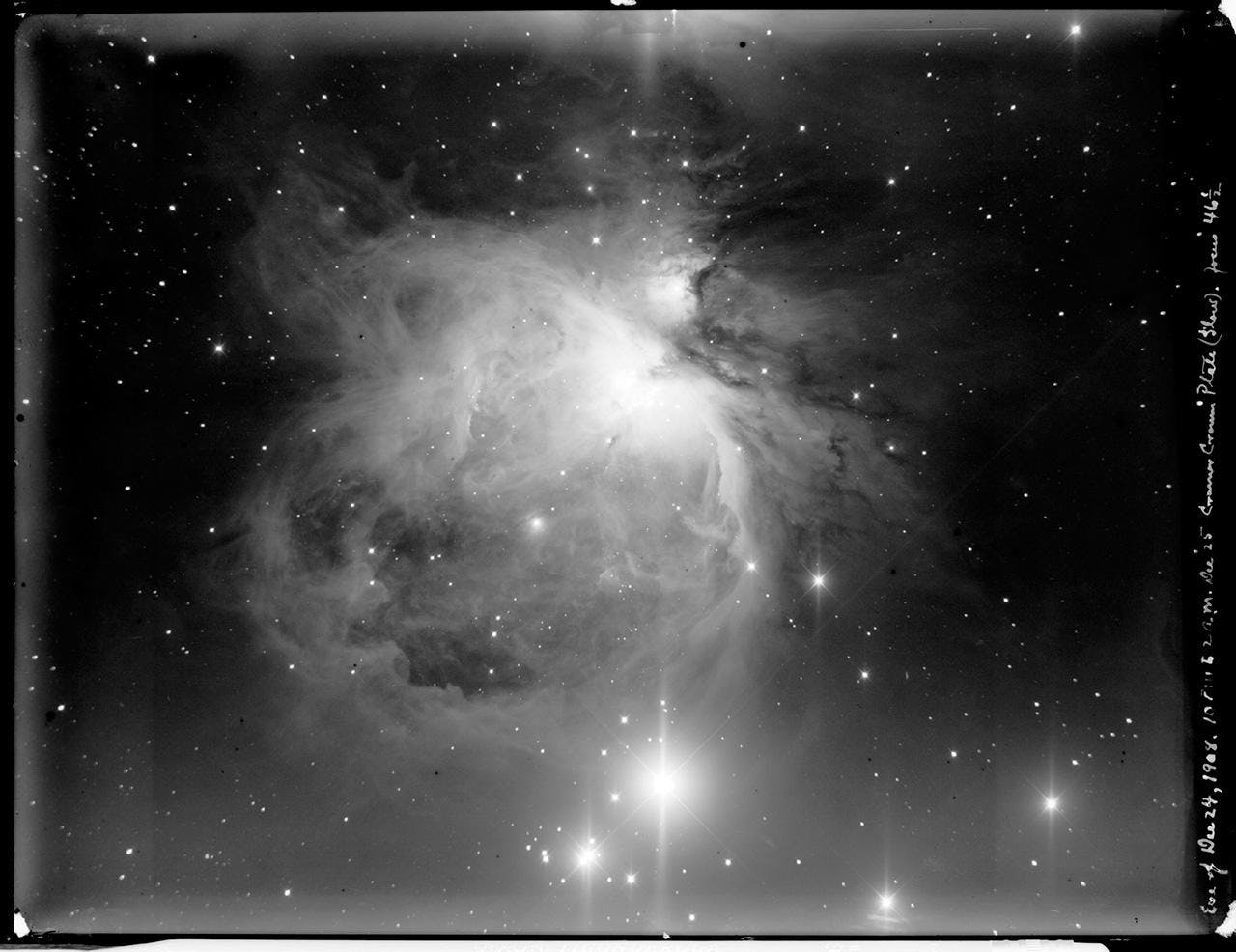 This is a digital print of a photographic plate shot by astronomer and telescope maker George Willis Ritchey in 1908. The first archived image from his new 60-inch telescope, it was the best picture of the Orion Nebula of its day. 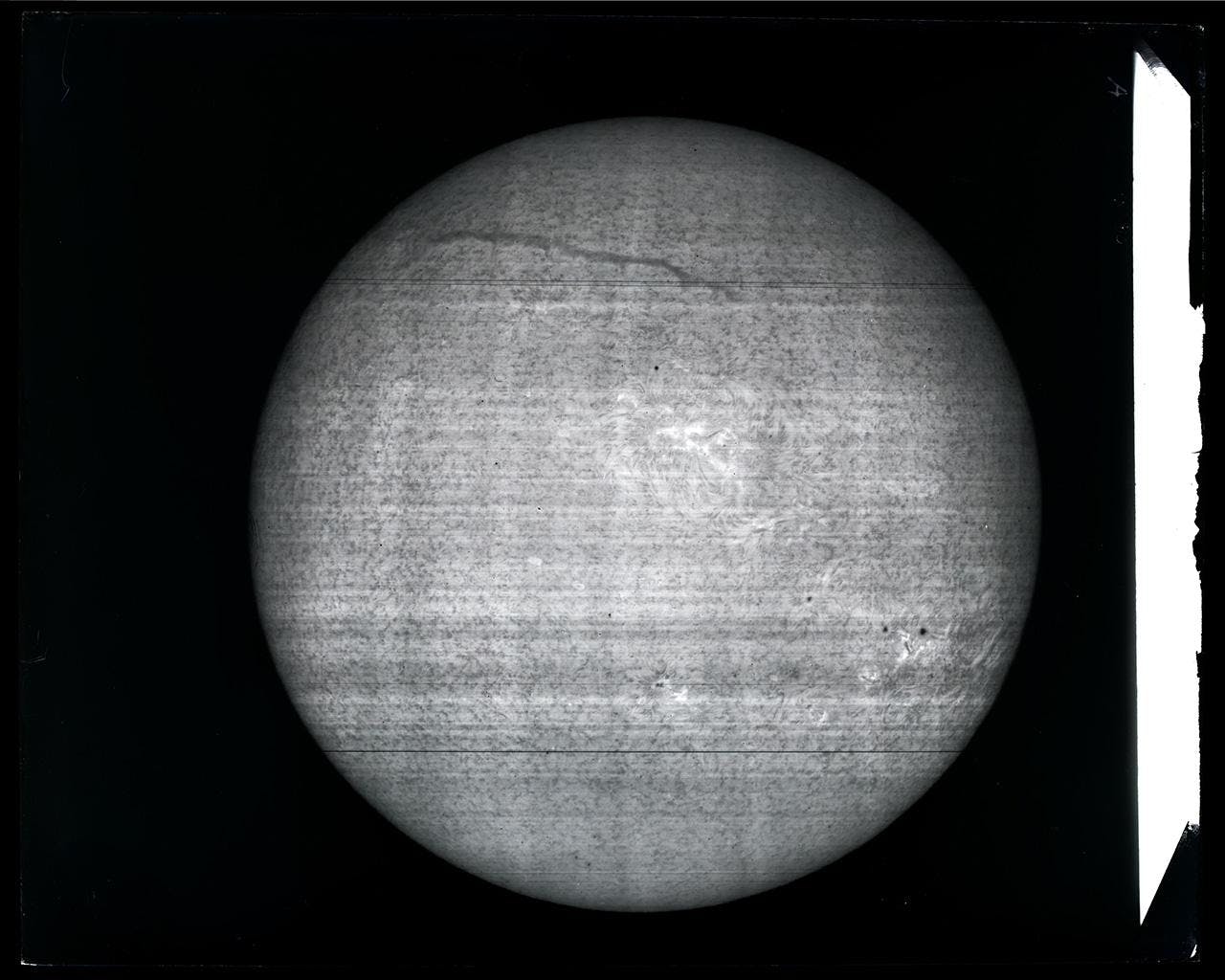 This positive photographic plate, which George Ellery Hale shot in a red wavelength known as H-alpha, in 1908, led him to discover the sun’s magnetic field. 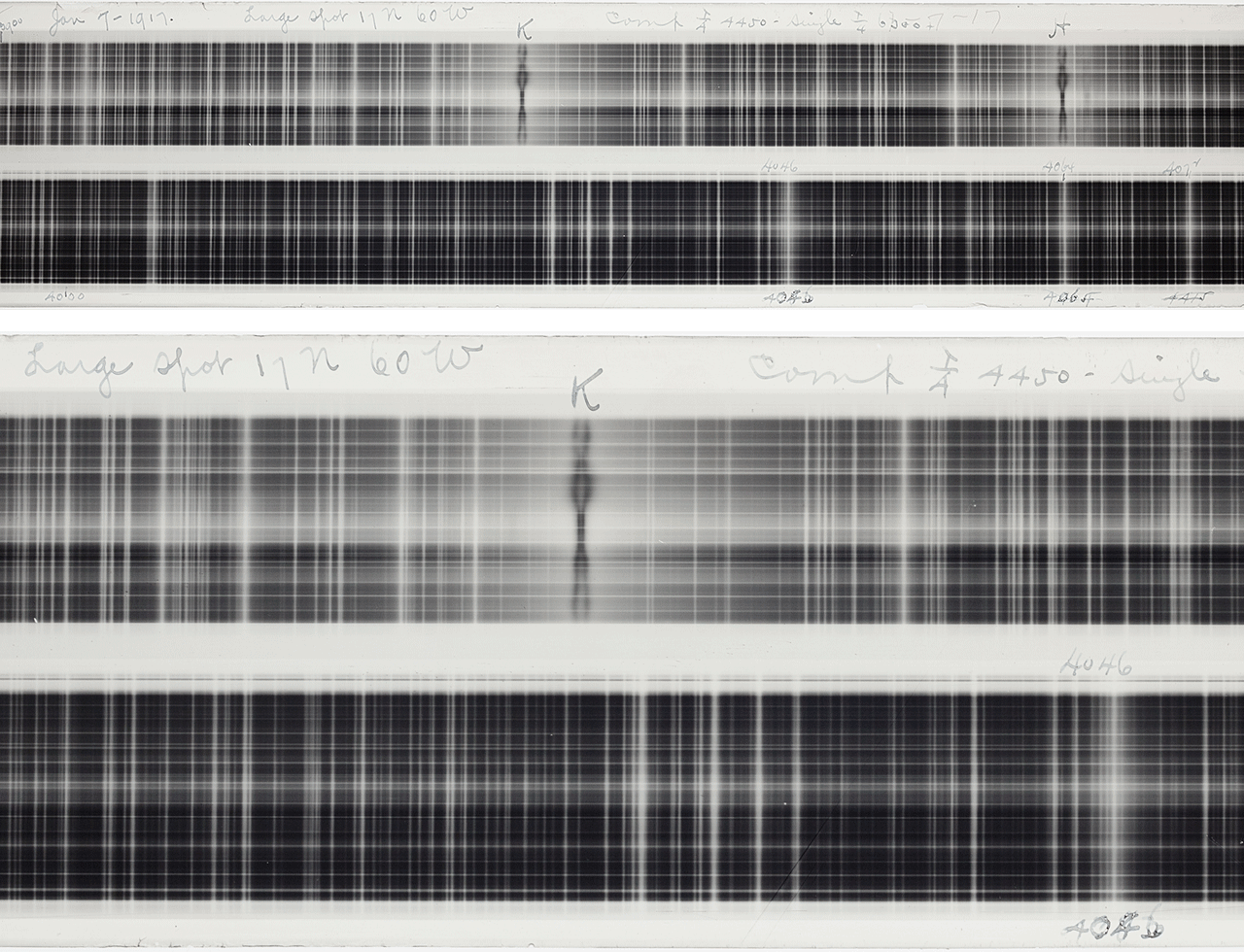 This plate, made in 1917 by an unknown photographer, possibly Hale, depicts the spectrum of sunlight. Split and polarized spectral lines (labeled K and H) provided some of the first evidence of the sun’s magnetic field. 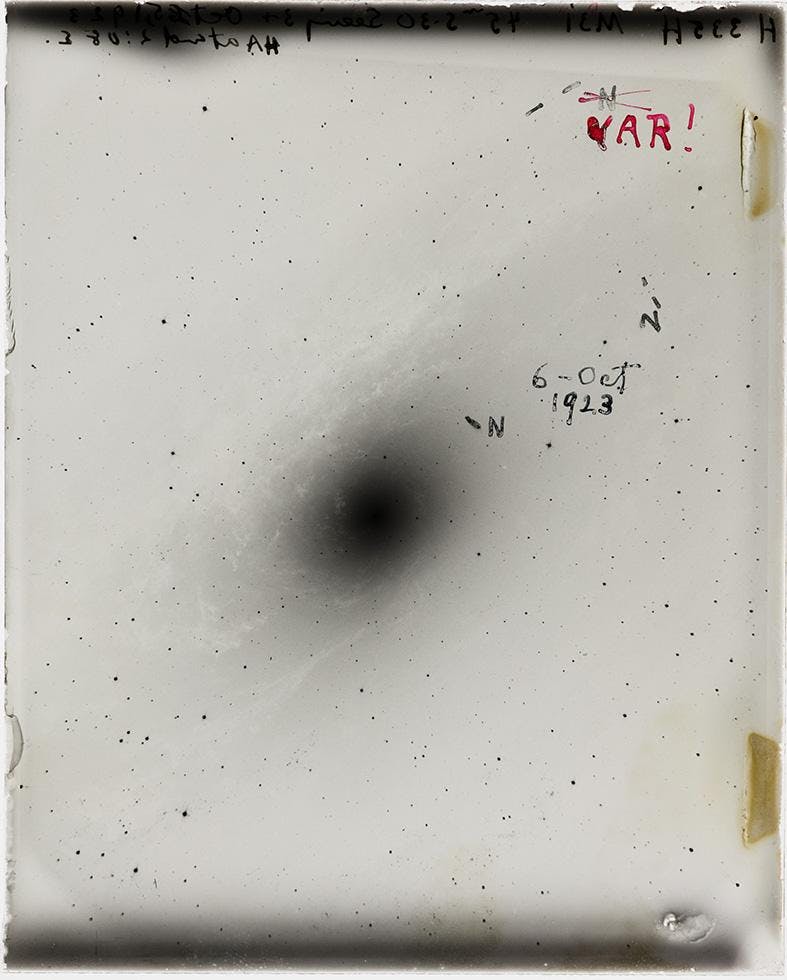 This famous photographic plate of the Andromeda “nebula,” made by Edwin Hubble in 1923, provided the first solid evidence of galaxies outside the Milky Way. 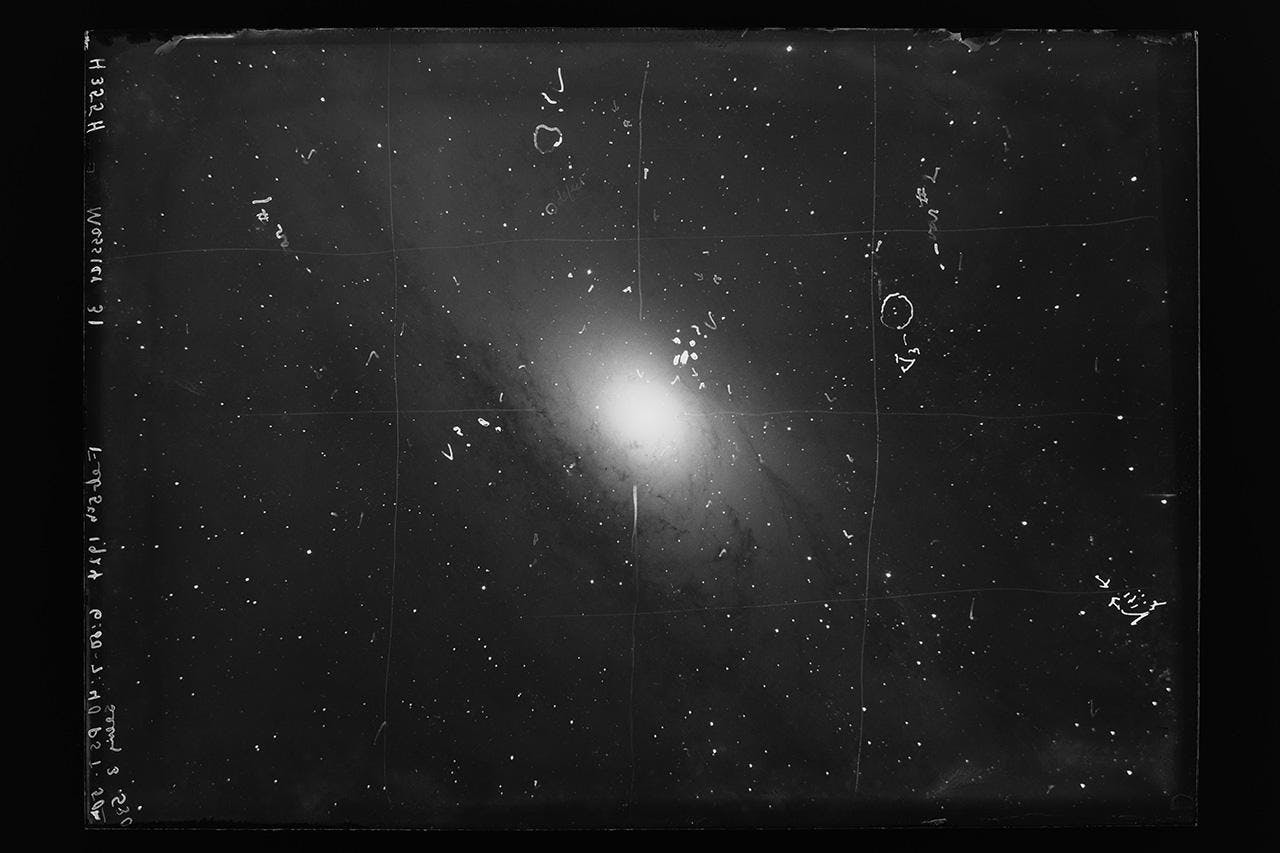 This digital print of another of Hubble’s photographic plates, made in 1924, further confirmed the great distance and size of Andromeda. 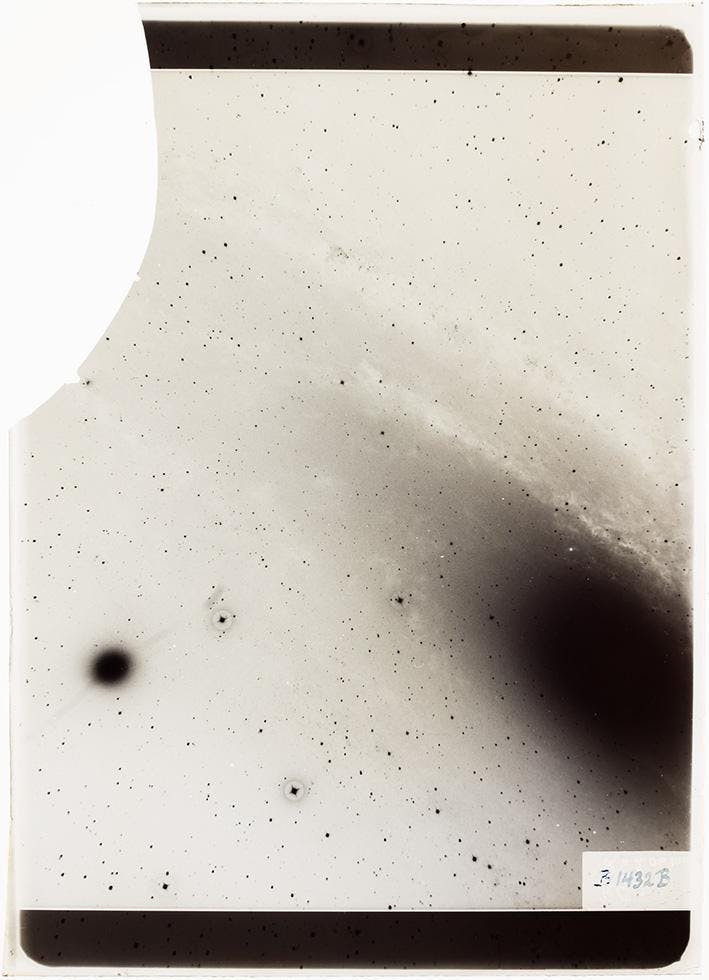 In 1943, during the brownouts of World War II, Walter Baade first resolved individual stars in the center of Andromeda, laying the groundwork for his theory of stellar populations. 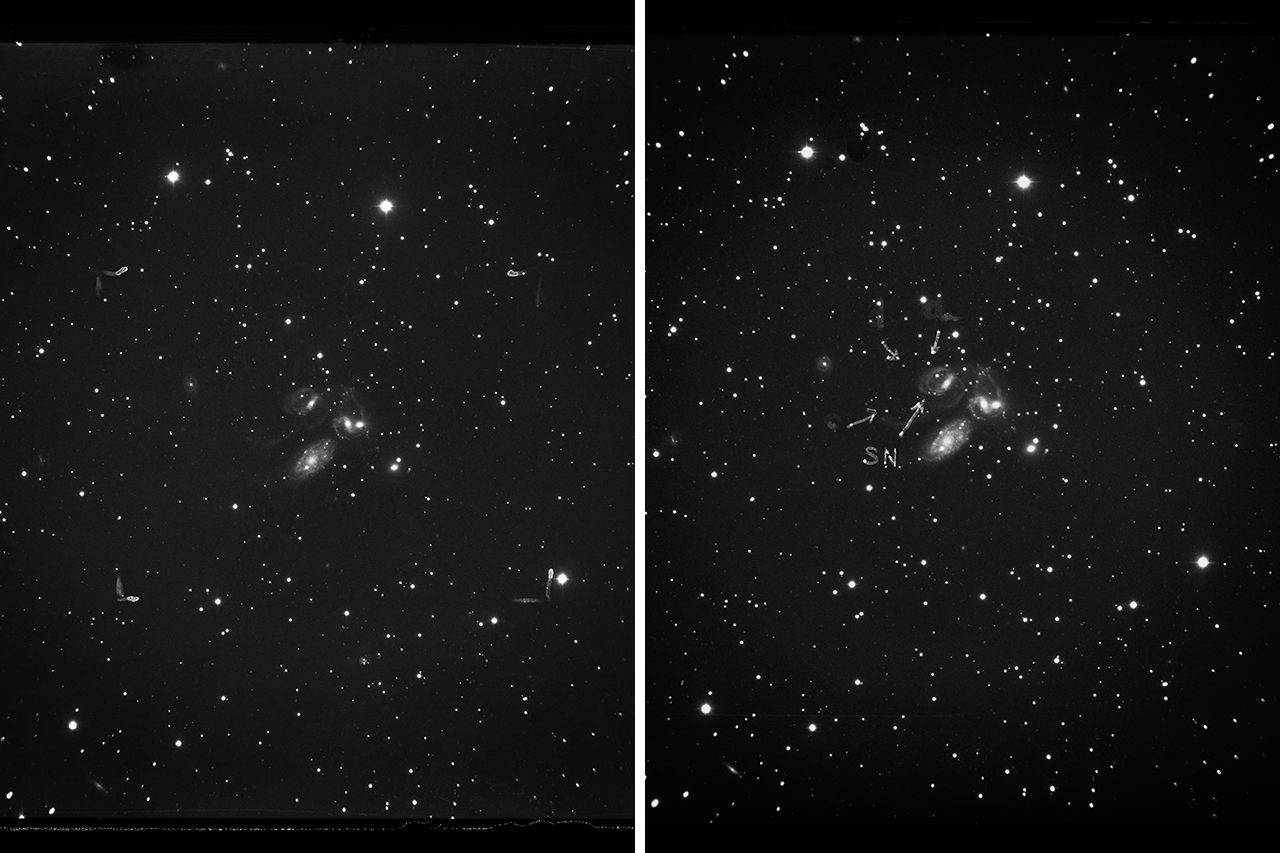 Halton “Chip” Arp made this pair of photographic plates showing the sudden appearance of a supernova (labeled “SN” above) using the 200-inch Hale telescope at Palomar Observatory, in 1964 [left] and 1971 [right]. 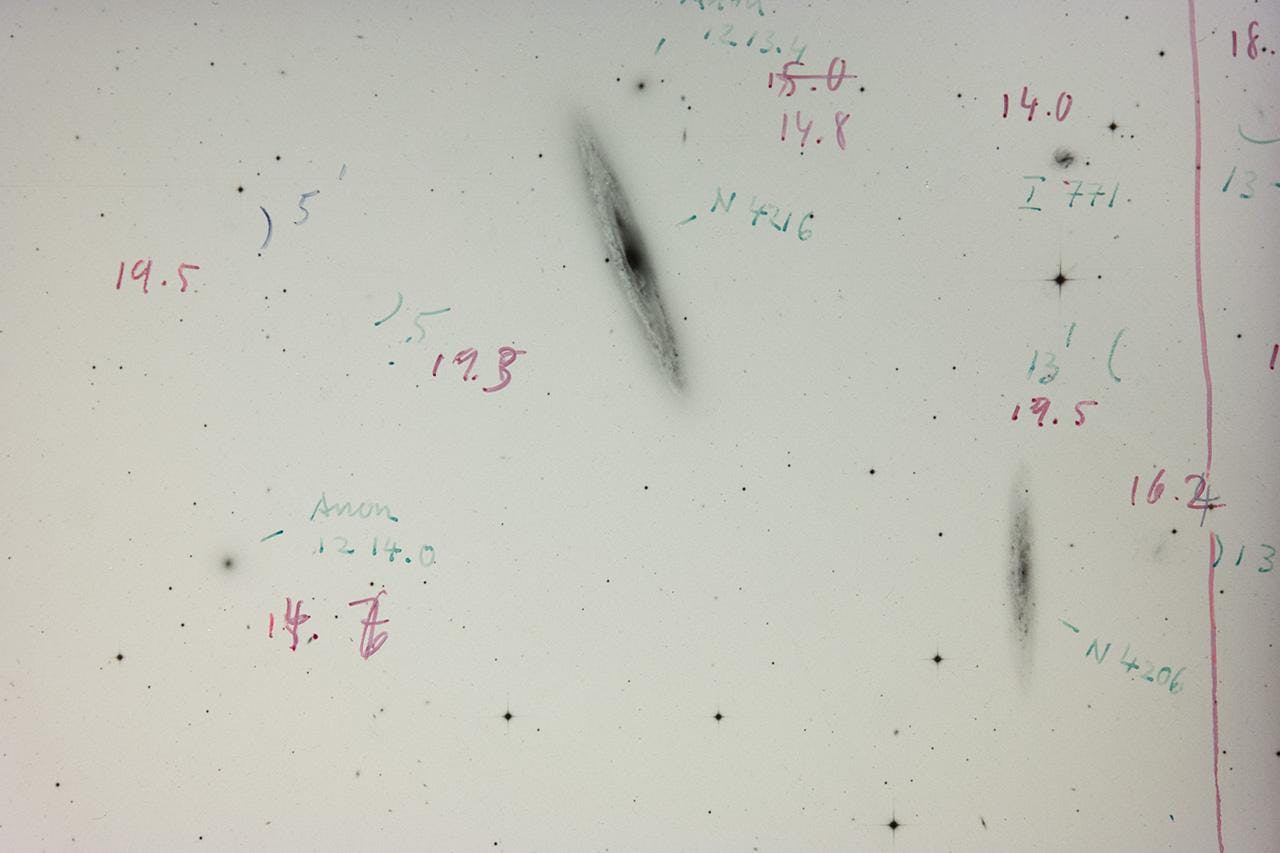 This image shows just a small section of a large photographic plate made by Allan Sandage in 1980, in Chile. It was part of the first exhaustive survey of thousands of galaxies in or near the Virgo Cluster. 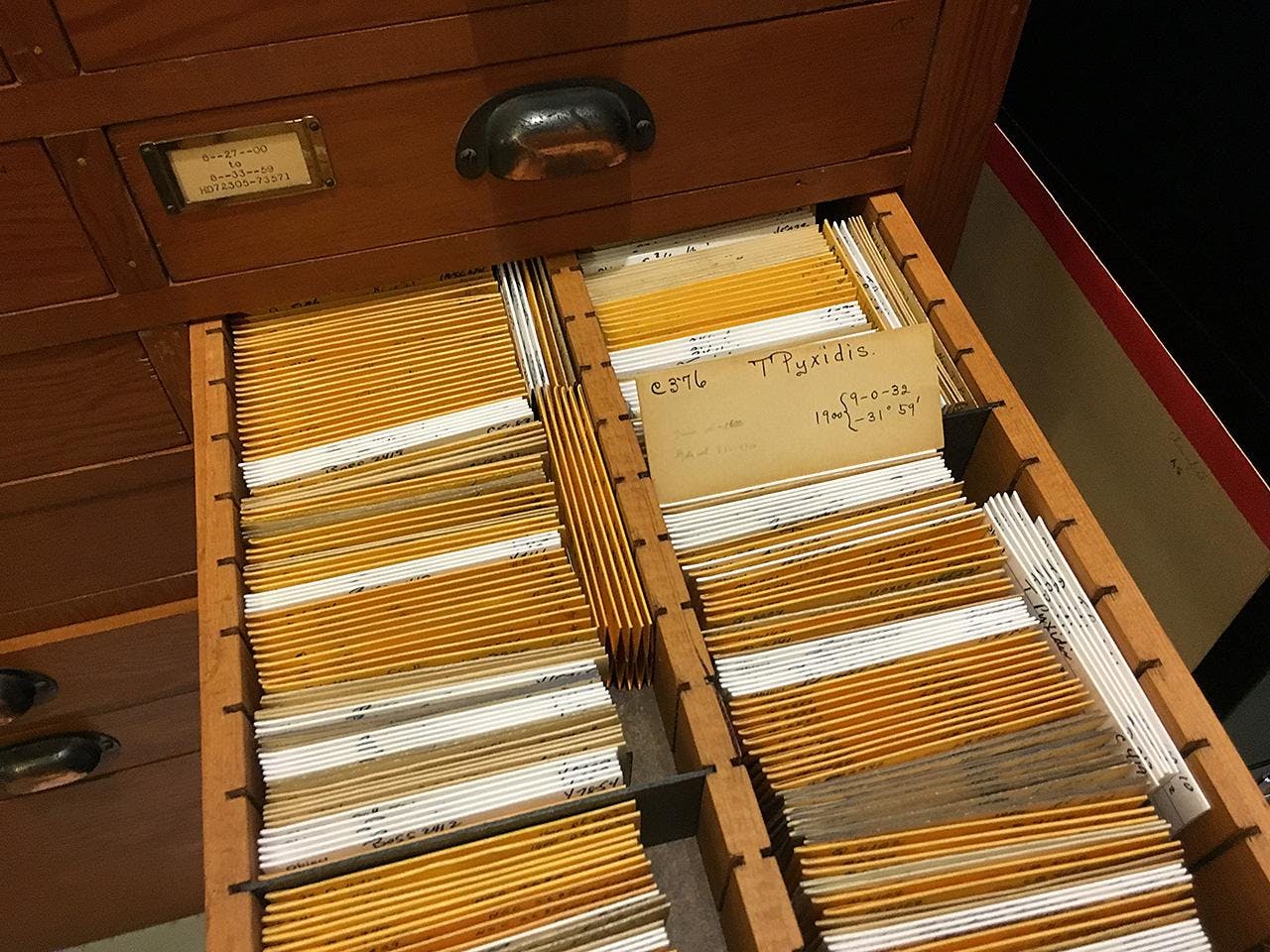 One of many library drawers holding more than 200,000 vintage astronomical plates at the Carnegie Observatories, in Pasadena, California.