To Protect the Ocean, Refinance Your Debt 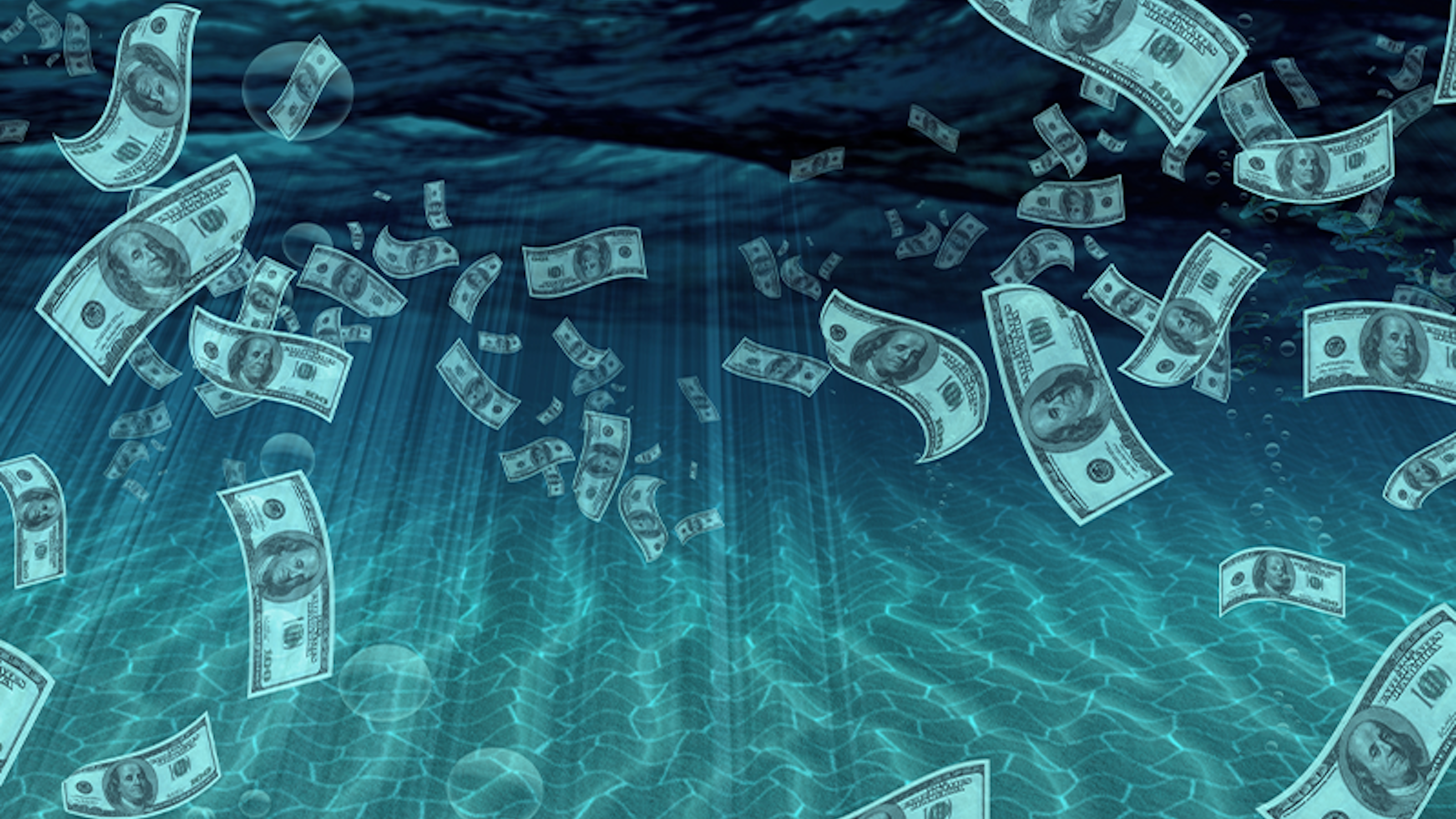 The Republic of Seychelles is a beautiful scatterplot of a country: 115 islands strewn over 700 miles of turquoise waters, rich in biodiversity and home to many endemic species. Despite its size, Seychelles’ land area is tiny: 176 square miles of land dwarfed by 521,000 miles of marine territory that extends roughly 200 nautical miles from shore.

But this aquatic Eden has its share of problems. Seychelles has less than 100,000 full-time residents, and like many other small island states relies heavily on tourism and fishing; these industries support more than two-thirds of the local economy, and both are increasingly compromised by ocean acidification and warming. In 1998, some areas of Seychelles lost up to 90 percent of their coral reefs due to an El Niño-related weather event.

Also, like many other small island nations, Seychelles doesn’t have the resources to protect the ocean that surrounds it. It doesn’t have many options outside of fishing and tourism to support its economy. And, like so many of its small island state brethren, it’s deep in debt—thanks to the vagaries of international finance, the 2008 global financial crisis, and fallout from the pandemic—and faces crippling interest rates on what it already owes to a handful of European countries (mostly the United Kingdom, France, Belgium, and Italy).

Seychelles exceeded its goal of protecting 30 percent of its marine territory.

What Seychelles and other small island developing states need to ensure their economic survival—not to mention their wondrous biological heritage—is money. Lots of it. While the need to protect natural resources is undoubtedly a conservation issue, actually doing so boils down to funding, and donations and other forms of philanthropy can only go so far. Which is where a financial innovation called blue bonds enter the picture.

Blue bonds are modeled on green bonds—financial instruments that support pro-environment and climate projects while (ideally) providing returns to investors. They are fundamentally the same as conventional bonds—which function kind of like state- or company-issued IOUs that must be repaid by a predetermined date and usually with interest—except the end goal is to support a “green” project, such as protecting a forest, rather than paying for highway repairs or a new factory. Here the “blue” applies to projects that contribute to the health of marine ecosystems, such as preventing overfishing or protecting coral reefs.

“The ocean gets the least amount of funding when you compare it with other sustainable development goals, and yet the ocean is, of course, tremendously important,” says Slav Gatchev, managing director of sustainable debt at NatureVest, the Nature Conservancy’s in-house impact-investing team. “But a lot of developing nations face very severe debt constraints and cannot just borrow to invest in climate issues.”

In 2018, the Nature Conservancy (TNC), in concert with Seychelles’ government, launched the world’s first-ever Blue Bonds for Ocean Conservation (BBOC) program, based on a concept called debt-for-nature swaps pioneered in the late 1980s by ecologist and conservationist Thomas Lovejoy. Instead of outright forgiving a portion of a country’s debt in exchange for local conservation measures, with the BBOC program, debt is “restructured,” and the savings diverted directly into a conservation fund to benefit the country in question.

Gatchev offers an analogy for anyone who goes a bit cross-eyed when Wall Street jargon starts popping up. He compares the BBOC program to the process a homeowner might go through when they refinance their house and then use the savings to invest in, say, energy-efficient air conditioning or insulated windows. If with these upgrades “the homeowner saves $10,000 per year in energy savings, they can use the $10,000 for continuing upgrades of their house, which will increase its value,” says Gatchev.

TNC and NatureVest helped Seychelles garner more favorable terms—lower interest rates and longer repayment periods—thereby saving the nation $21.6 million. These savings are channeled into a fund that supports marine conservation and the blue economy. Such swaps have historically been used to protect forests; this was the first time they were used to protect the ocean. Seychelles also pledged to protect 30 percent of coastal areas within its exclusive economic zone (EEZ).

This is Joanna Smith’s area of expertise as TNC’s director of ocean planning and mapping. Smith received her Ph.D. in aquatic and fishery sciences but found her calling in marine spatial planning back in 2008, when the concept was in its infancy. As she explains it, marine spatial planning is a process of getting all stakeholders involved in deciding how to use marine resources in a sustainable and egalitarian way, balancing conservation needs with economic realities.

Once TNC had secured the financing and the terms by which Seychelles would conserve 30 percent of its marine territory, Smith could get to work. On the ground, she says, marine spatial planning involves lots of meetings—over 210 of them, in the case of Seychelles—along with workshops, public information sessions, door-knocking, and more than a little patience. “You need to ask people, what do you value most? Fishing? Oil exploration? Protecting corals and whales?” she says. All this input forms a big “jigsaw puzzle” with its constituent parts being moved around until they fit a congruent mold. She compares the process to a family planning a vacation where everyone wants to do something different. “One person wants to go to San Francisco, another to Disneyland, and a third to Dubai,” she adds. “Consensus might not be possible, but we can try to get everyone to say, ‘I can live with that.’”

They hope to use blue bonds to protect about 1.5 million square miles of ocean.

In 2020, Seychelles exceeded its goal of protecting 30 percent of its marine territory, over 158,300 square miles in total. The BBOC model has since been extended to Barbados—where TNC helped strike a debt-refinancing deal that will free up $50 million to protect marine ecosystems and sustainably develop their blue economy—and Belize, which pledged to protect 30 percent of its ocean in a debt restructuring arrangement that will also generate $4 million annually for marine conservation.

But there are critics of this model, and of blue bonds in general. For one, in Seychelles, the marine protected areas have been “gazetted”—i.e., determined—but no one is enforcing these new regulations yet, says Smith. Benjamin Thompson, a lecturer on human geography at Monash University in Victoria, Australia, recently published a paper that examines blue bonds through the lens of their green brethren and problems that have arisen in that sector.1 “There’s a lot of hype out there around these bonds, but I feel that needs to be balanced a bit with some of the potential realities and uncertainties and assumptions that are being made in this space,” Thompson says. “It’s not always clear exactly what impacts or financial returns are expected to be generated.”

Part of the uncertainty no doubt comes from the newness of the concept and a subsequent lack of literature on the subject, he adds, and what he did find was often “written in a fairly ambiguous kind of way.” Another potential issue, he says, is the “bluewashing” of oil-and-gas project credentials or of deep sea-mining projects, in which destructive activities are given marine conservation’s imprimatur “through the narrative of increasing prosperity to local communities and the oceans generating more prosperity to humankind.”

Smith concedes the point—yes, Petro Seychelles, the national oil company, was a “committed and consistent stakeholder” in drafting the marine spatial planning—but says it was essential they have a voice. It’s the Seychelles government and not TNC that decides the country’s priorities and goals. “If there’s going to be oil and gas exploration, we should plan for that,” she says. “There’s no magic bullet for this.”

Melissa Garvey, the Nature Conservancy’s global director of ocean protection, says their projects to date are only the beginning. They ultimately hope to use blue bonds to protect about 1.5 million square miles of ocean and mobilize $1.6 billion for ocean conservation. “When you look at it in the aggregate, beyond what any individual country can do,” says Garvey, “this can really help create momentum for meaningful change in the world.”