We May Never Truly Fathom Other Cultures 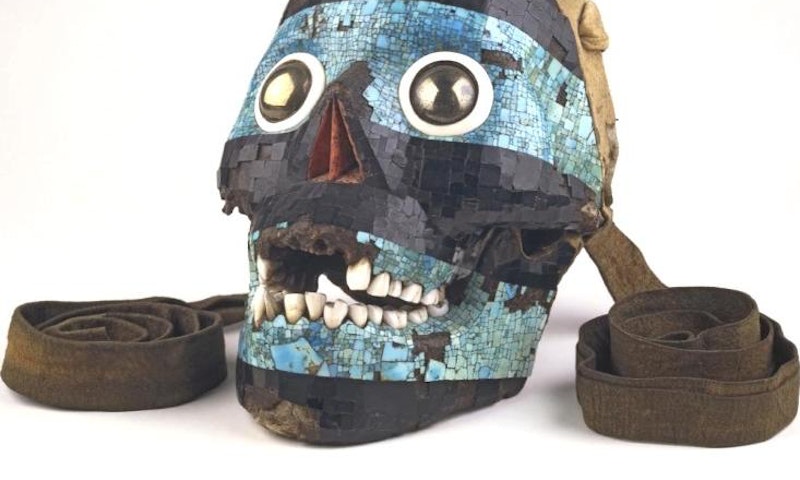 If they’re honest and humble enough, people who study societies that existed in the Americas before the arrival of Europeans will admit that they don’t really understand those societies. They’ll know the facts about pre-Hispanic cultures and chronologies, yet how people in those societies thought, their values and psychologies, remain maddeningly out of reach. It’s like reading poetry in translation: You’ll know what it’s about, and you’ll get the basic meaning, but you’ll never completely grasp the nuance. “There is something in their way of thinking that is very alien to us,” Harvard archaeologist Gary Urton once told me. He was talking about the Inca of South America, which he has a spent a lifetime studying.

I don’t think any of us living today can comprehend the violence of worship in the Mexica culture (or Aztecs, as they are more popularly known), which I’ve written about for Archaeology. The Mexica waged war not principally to defeat rival states or gain territory, but to gather warm bodies for human sacrifice. Prisoners were hustled up to the temple summit, where a priest would carve out their hearts and drop them into a cavity in a stone eagle. Then, while still quivering, the de-hearted prisoner would be tossed over a precipice. When the Spaniards (not exactly peaceable men themselves) arrived in 1519, they said the center of Tenochtitlan smelled like a slaughterhouse, so thick was the odor of human flesh. At the Templo Mayor, the central altar whose ruins stand in Mexico City, archaeologists have found human bones packed so tightly they formed a kind of floor. They have found human skulls mounted on spits and displayed on the altar, for the public to admire. The Mexica made devotional objects out of skulls and human skin. Some modern writers have tried to show that the Spanish conquistadors exaggerated the human sacrifice; archaeology has shown that, if anything, they lowballed it.

The center of Tenochtitlan smelled like a slaughterhouse, so thick was the odor of human flesh.

What was the reason for all this carnage? Archaeologists will tell you the Mexica were reenacting their own creation myths, or that they genuinely thought that if they stopped sacrificing people to the rain god Tlaloc, he would stop sending rain. Or the sun would stop rising. Those of a more Marxist bent say that sacrifice was the way the ruling classes intimidated workers. All these explanations are plausible; none of them really satisfies. One Mexican archaeologist offered me all these theories and more before finally admitting, “I don’t know.”

Against this backdrop of incomprehension across the centuries, the elite boarding school known as the Calmécac sounds reassuringly familiar. Calmécac was the Eton of ancient Mexico. It was the place where the Mexica nobility sent their sons to receive training as priests, warriors, high government functionaries, and teachers. It was in the center of the city, a block from the Templo Mayor, or Great Temple. Lower castes had their own schools, known as the Tepochcalli, of which there were several throughout the city. With few exceptions, well-connected boys went to the Calmécac, which meant “house of lineage” or “house of nobility” but came to mean, simply, “school.”

Most of what we know about the Calmécac derives from Spanish chroniclers who arrived in Mexico a few years after the conquest, and in particular the Franciscan friar Bernardino de Sahagún. In his Historia general de las cosas de la Nueva España, Sahagún describes the school’s rigid discipline. In their first year at the school, boys would have their skin punctured with cactus spines to test their endurance of pain. For the duration of their schooling, they would awake at dawn and take cold showers, followed by lessons in history, government, astronomy, and military tactics. They learned to draw and to make music. Years after the conquest, one Spaniard wrote, graduates could still sing the beautiful Mexica hymns and poems that they had learned at the Calmécac. Moctezuma II, last great emperor of the Mexica, who was overthrown by Hernán Cortés, was a graduate.

But mostly, they learned Mexica religion, in an atmosphere of strict abnegation. “The lords and principal people of [Tenochtitlan] offered their sons to the house known as the Calmécac. […] It was their intention that they would be raised there to be ministers of the idols, for they said that in the Calmécac, there were good morals, doctrines and exercises, and a harsh and chaste life,” wrote the friar.

The school had a great esprit de corp, in Sahagún’s account. Upperclassmen were sent daily to fetch firewood, while younger boys would prepare food and keep the premises tidy. “None of them was ever absent, all working with great order and cooperation,” he wrote. When the school needed new walls or drainage ditches or other repairs, “they would all go together to work at dawn.”

Sahagún’s account is full of life and detail. Not for nothing is he called the first ethnographer of the Americas.

Yet his descriptions of the Calmécac can sound suspiciously like his own upbringing in a Catholic school in Spain, with its mortifications of the flesh and strict lessons. He refers to the school as a “monastery,” where boys led chaste lives with “no disgraces, reprehensions or offenses against good morals.” In a city that sent its young men into more-or-less constant war to gather prisoners for sacrifice, the atmosphere he describes in the Calmécac sounds oddly placid and removed.

So is Sahagún’s description of the Calmécac reliable? Or was he a victim of the incomprehension that has paralyzed Westerners in their understanding of the Mexica world ever since?

Sahagún was a sensitive and careful observer who witnessed the school first-hand, and the details of his account seem to be largely reliable. But the Mexica society was in flux at the time, and the nobility trained at the school had become subservient to the Spaniards. So Sahagún’s account may have been accurate even if it was not describing exactly what he thought it was describing. Rather than depicting classical Mexica education, he may have chronicled instead how the school was experiencing epochal cultural change, as Spanish seeped into its life and curriculum. In the 3,000 pages of his book, he tried hard to fathom the Mexica mind. His account is credible as far as it goes. But ultimately it stands as testimony that, as his descendants in anthropology know, our discrete cultural universes are not easily bridged.

Roger Atwood is the author of Stealing History: Tomb Raiders, Smugglers, and the Looting of the Ancient World (Macmillan/St. Martin’s Press, 2004) and a contributing editor at Archaeology magazine.