What Is the Sun Made Of and When Will It Die?

If and when physicists are able to pin down the metal content of the sun, that number could upend much of what we thought we knew about the evolution and life span of stars. 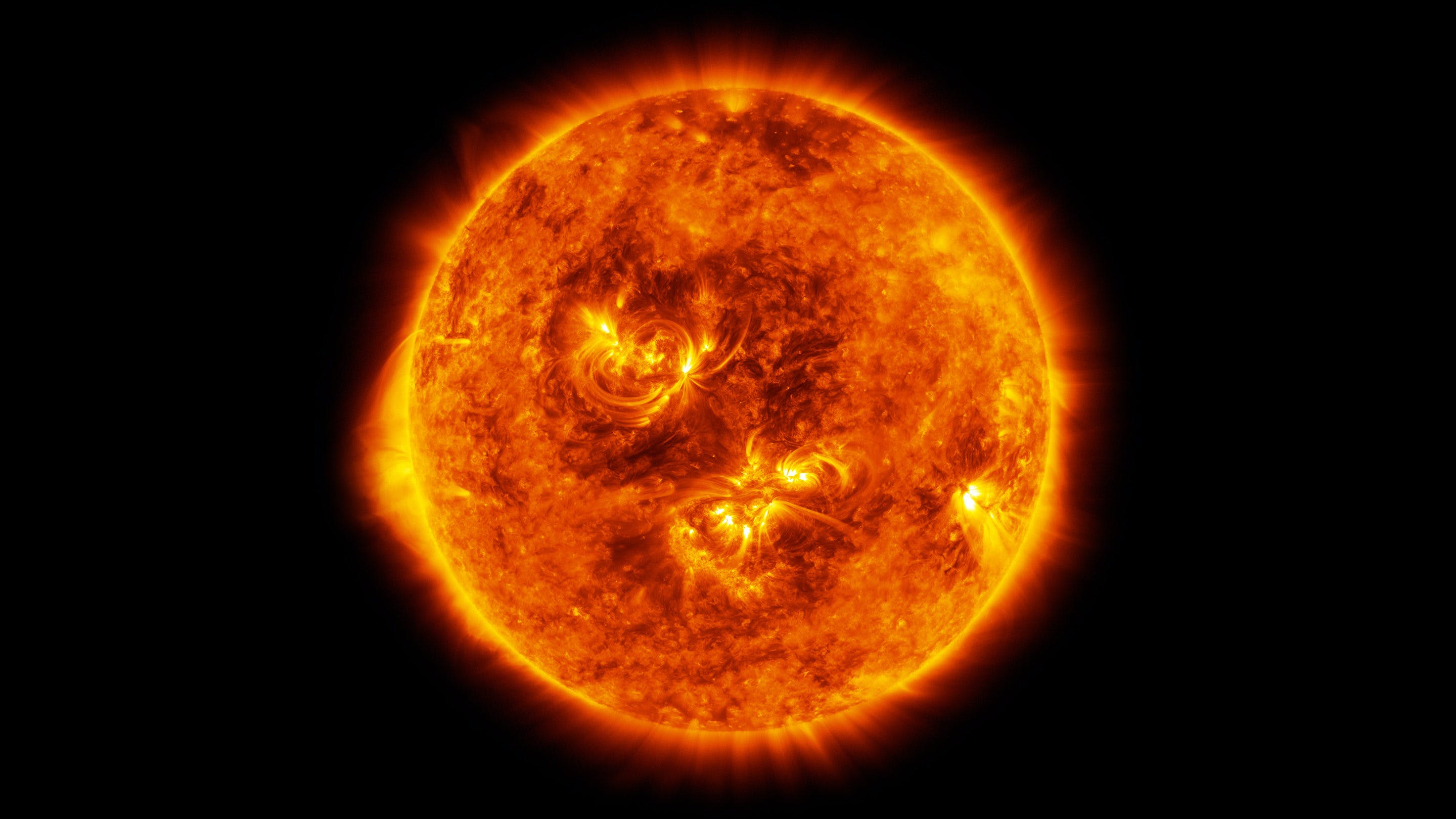 Like any star in its prime, the sun consists mainly of hydrogen atoms fusing two by two into helium, unleashing immense energy in the process. But it’s the sun’s tiny concentration of heavier elements, which astronomers call metals, that controls its fate. “Even a very small fraction of metals is sufficient to alter the behavior of a star completely,” explained Sunny Vagnozzi, a physicist at Stockholm University in Sweden who studies the “metallicity” of the sun. The more metallic a star, the more opaque it is (since metals absorb radiation), and how opaque it is in turn relates to its size, temperature, brightness, life span, and other key properties. “Metallicity basically also tells you how the star will die,” Vagnozzi said.

But the sun’s metallicity, beyond revealing its own story, also serves as a kind of yardstick for calibrating measurements of the metallicity of all other stars, and thus the ages, temperatures, and other properties of stars, galaxies, and everything else. “If we change the solar yardstick, automatically it means that our understanding of the cosmos has to change,” said Martin Asplund, an astrophysicist at Australian National University. “So having an accurate knowledge of the solar chemical composition is extremely important.”

Yet, ever more precise measurements of the sun’s metallicity have raised more questions than they’ve answered. Astronomers’ inability to solve the mystery known variously as the solar metallicity, solar abundance, solar composition, or solar modeling problem suggests there could be “something fundamentally wrong” with their understanding of the sun, and therefore of all stars, said Vagnozzi. “That would be huge.”

Twenty years ago, astronomers thought they had the sun sorted. Direct and indirect ways of inferring its metallicity both gauged the sun as approximately 1.8 percent metal—a happy convergence that led them to believe they understood not only the length of their solar yardstick but also how the sun works. However, throughout the 2000s, increasingly precise spectroscopic measurements of sunlight—a direct probe of the sun’s composition, since each element creates telltale absorption lines in the spectrum—indicated a far lower metallicity of just 1.3 percent. Meanwhile, helioseismology, the competing, indirect approach for inferring metallicity based on the way sound waves of different frequencies propagate through the sun’s interior, still said 1.8 percent.

But if astronomers’ theory of the sun, called the “standard solar model,” is correct, spectroscopy and helioseismology should agree. That is, astronomers should be able to use the helioseismological measurements to calculate the depth of an important boundary layer in the sun where radiation gives way to convection. And this depth relates, according to the equations, to the sun’s opacity, and therefore to its metallicity. This sequence of calculations should predict the same value for the metallicity as spectroscopers measure directly from sunlight. It does not.

“This is a problem not only for solar physics, but by extension for astronomy as a whole,” said Asplund, who led the team behind the precise spectroscopic measurements. “Either astronomers do not understand how to measure elemental abundances of stars using spectroscopy, or our understanding of stars’ interiors and how they oscillate is incomplete,” he said. “Either way, it has major ramifications, since stars are the fundamental probes of the cosmos, with stellar astrophysics providing much of the foundation for modern astronomy and cosmology.”

After years of talking about what might be going wrong—including speculations about dark matter in the sun—the debate has reached “a bit of a stalemate,” said Sarbani Basu, a solar astrophysicist at Yale University. But there’s hope. Recently, a weak hint about the solar metallicity has come from fleeting particles emanating from the sun called solar neutrinos. Different nuclear fusion reactions produce solar neutrinos of different energies, and so the particles carry information about the sun’s composition. At a conference last month in Heidelberg, Germany, the Borexino experiment based at Italy’s Gran Sasso National Laboratory reported detections of solar neutrinos that marginally favor the higher, 1.8 percent estimate of the sun’s metallicity.

If this high-metallicity estimate is indeed correct, this raises questions about what, exactly, went wrong with Asplund and collaborators’ spectroscopic measurements. “If the problem is with spectroscopy, then we likely make similar errors when analyzing other stars,” he said, which would impact interpretations of the chemical evolution of stars and galaxies like the Milky Way.

But Asplund stands by his 1.3 percent spectroscopic estimate. He points to a 2015 study in Nature indicating that metals might increase opacity even more than previously thought in the high-pressure conditions of the sun’s core. Correcting for this difference in the standard solar model could bring the helioseismological and neutrino estimates of metallicity down to 1.3 percent, he said.

In the coming years, the Borexino team expects to detect rare solar neutrinos produced in the CNO cycle, a fusion reaction in the sun in which carbon, nitrogen, and oxygen atoms serve as catalysts for fusing hydrogen into helium. “The CNO neutrinos are greatly affected by metallicity, so measuring these neutrinos could be definitive,” said Andrea Pocar, a physicist at the University of Massachusetts Amherst and a member of the Borexino collaboration.

If it turns out that the sun is, in fact, only 1.3 percent metal, this would mean the standard solar model really does have opacity wrong. “This impacts essentially all of astronomy,” Asplund said, “since an accurate understanding of stellar evolution underpins almost everything we do.” Estimated ages of stars and galaxies would have to be revised by as much as 10 to 15 percent. Unfortunately for the sun itself (and future life on Earth), low-metallicity stars burn fuel faster than high-metallicity stars, so our sun would die about a billion years sooner than we thought.