A researcher who works through painting tells her story. 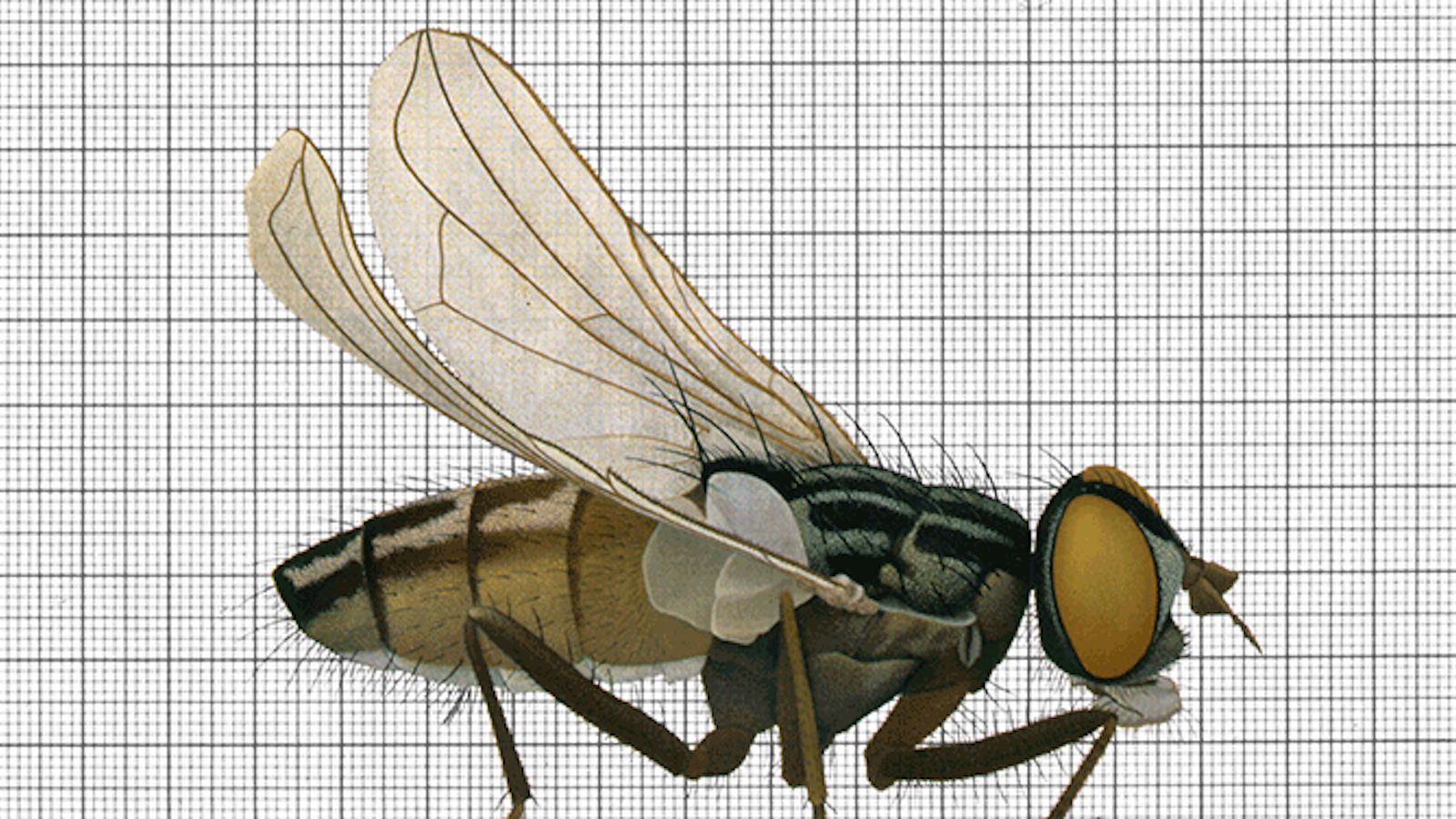 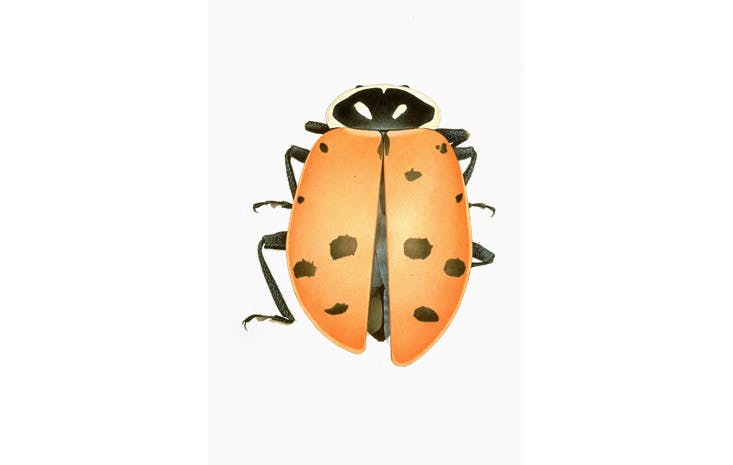 The left wing of this ladybird beetle from Richland near Hanford, Washington is shorter than its right. Watercolor, Richland 1998 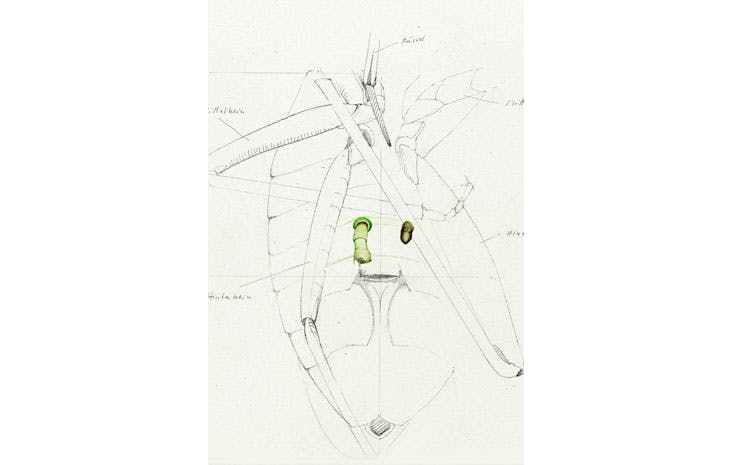 This soft bug from Fluhli, Entlebuch, Canton Lucerne has two leg parts growing out of its abdomen. Color Sketch, Fluhli 2007 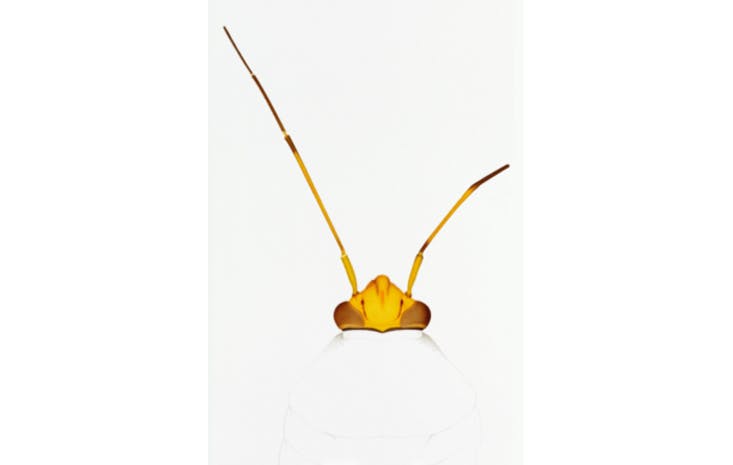 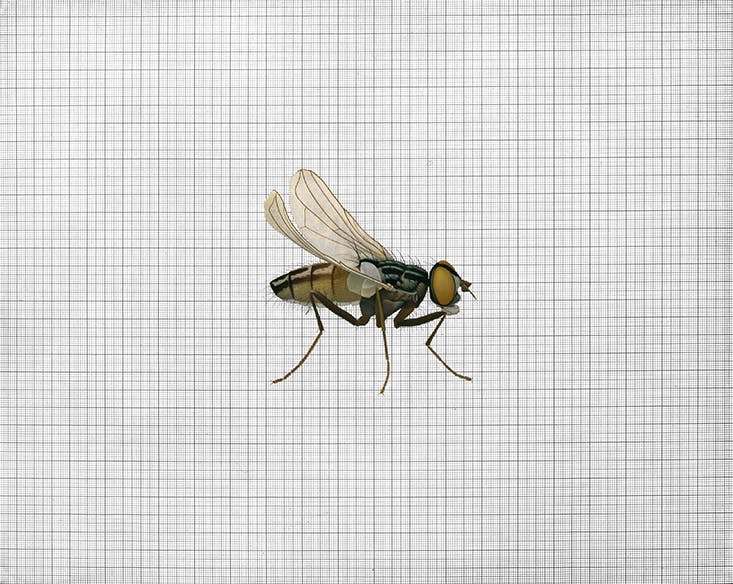 This housefly has legs growing out of its feelers, and yellow eyes and body. Watercolor, Zurich 1985-1986 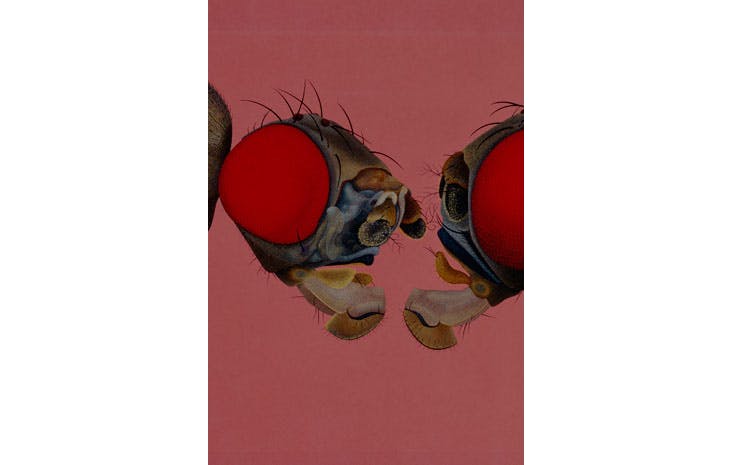 On the left, a mutated head of the fly Drosophila subobscura. On the right, a normal head. Aquarell, Zurich 1967 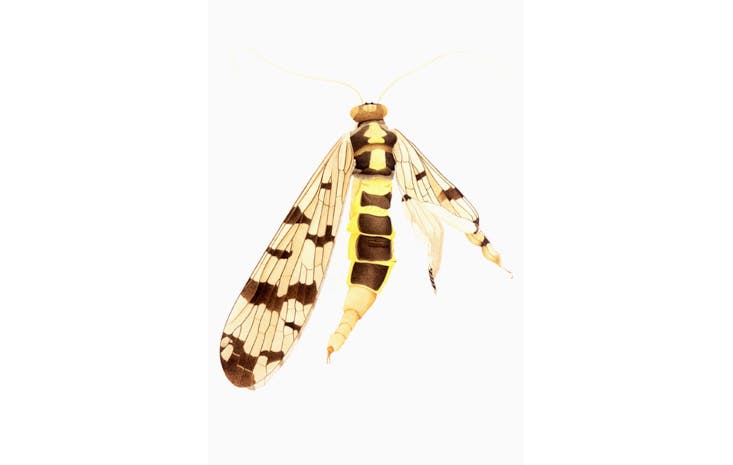 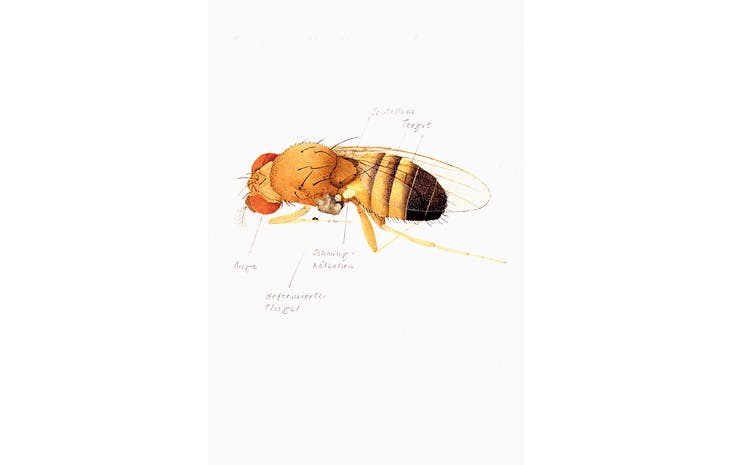 This specimen of Drosophila melanogaster is a 4th-generation offspring of parents found in Rancate Ticino, Switzerland, and exhibits a left wing that is little more than a clump. Color Sketch, Zurich 1987