Why Mathematicians Can’t Find the Hay in a Haystack

In math, sometimes the most common things are the hardest to find. 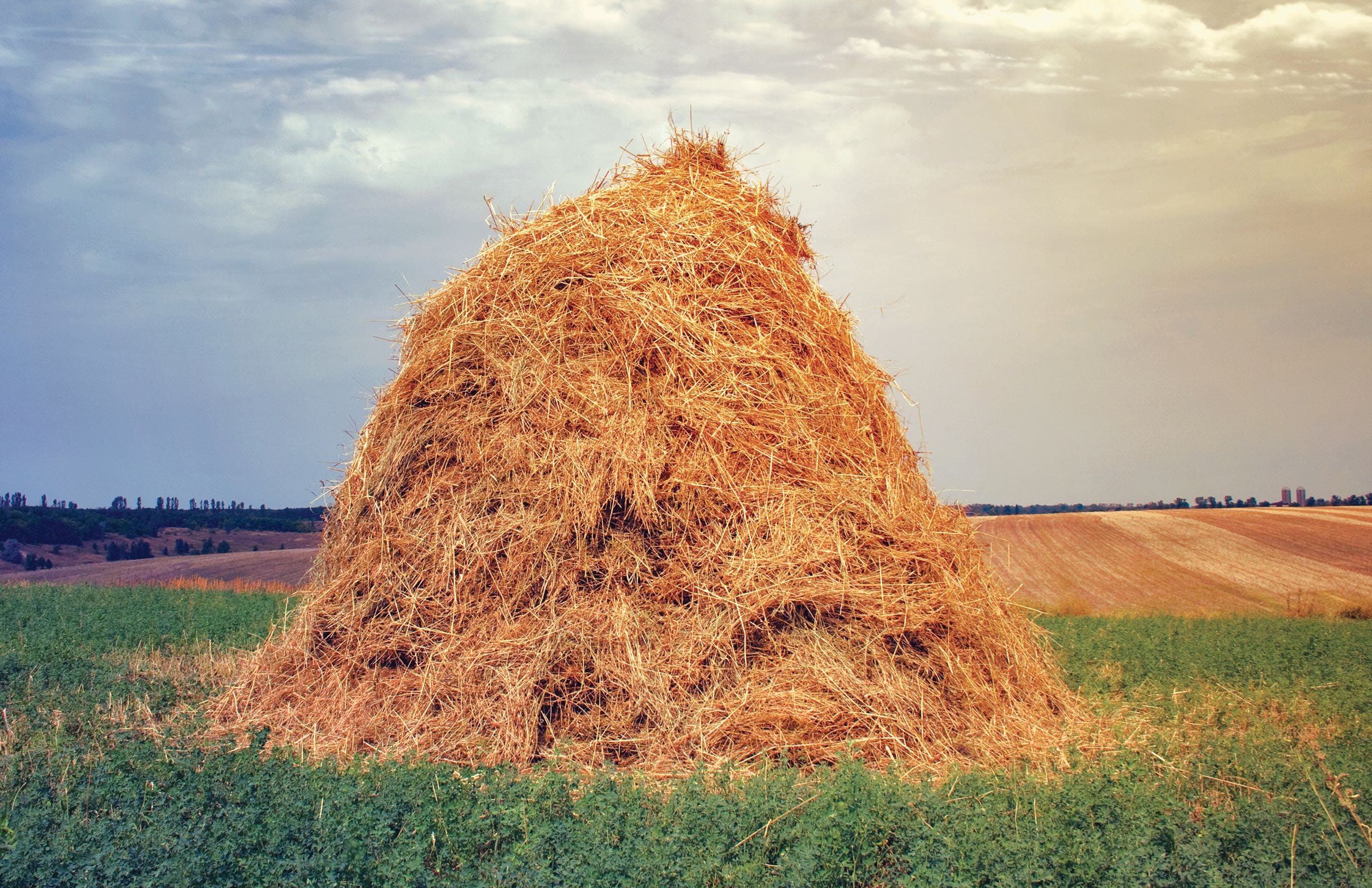 The first time I heard a mathematician use the phrase, I was sure he’d misspoken. We were on the phone, talking about the search for shapes with certain properties, and he said, “It’s like looking for hay in a haystack.”

“Don’t you mean a needle?” I almost interjected. Then he said it again.

In mathematics, it turns out, conventional modes of thought sometimes get turned on their head. The mathematician I was speaking with, Dave Jensen of the University of Kentucky, really did mean “hay in a haystack.” By it, he was expressing a strange fact about mathematical research: Sometimes the most common things are the hardest to find.

“In many areas of mathematics you’re looking for examples of something, and examples are really abundant, but somehow any time you try to write down an example, you get it wrong,” said Jensen.

The hay-in-a-haystack phenomenon is at work in one of the first objects that kids encounter in mathematics: the number line. Points on the number line include the positive and negative integers (such as 2 and –29), rational numbers (ratios of integers like 32 and 1137) and all irrational numbers—those numbers, like pi or 2‾√, that can’t be expressed as a ratio.

Irrational numbers occupy the vast, vast majority of space on a number line—so vast, in fact, that if you were to pick a number on the number line at random, there is literally a 100 percent chance that it will be irrational.*

Yet despite their overwhelming presence, we almost never encounter irrational numbers in our daily lives. Instead we count with whole numbers and follow recipes with fractions. The numbers we know best are the extremely rare numbers, the special numbers—the needles in the haystack.

The hay is hard to find precisely because it’s so unexceptional. Rational numbers have the distinctive property that it’s possible to write them down. This calls them to our attention. Irrational numbers have an infinite decimal expansion. You couldn’t write one down even with an endless amount of time. That these numbers lack the exceptional property of “write-down-able-ness” is what makes them nearly invisible to our way of seeing.

“We’re looking with a magnet, and you’re not going to find hay with magnet; you’re only going to find needles,” said Dhruv Ranganathan, a mathematician who is in the midst of a move from the Massachusetts Institute of Technology to the University of Cambridge.

The search for hay in a haystack characterizes many different areas of math, including the subject of my most recent Quanta article, “Tinkertoy Models Produce New Geometric Insights.” There I wrote about mathematicians who are investigating the relationship between geometric shapes and the equations used to describe them. In rare cases, objects can be expressed by simple equations. These are the needles, the shapes we know best: lines, parabolas, circles, spheres.

The overwhelming preponderance of shapes resist such elegant formulation. They may be everywhere, but because you can’t write down the equations that describe them, it’s hard to establish that even a single one of them exists.

In my article, I explained how techniques from a field called “tropical geometry” serve as an especially sly way of deducing the existence of these ubiquitous geometric objects—the ones that, like the irrational numbers, are everywhere, even if you can’t write them down.

In mathematics it often happens that either something doesn’t exist, or it exists in abundance. The nature of those abundant objects might make them hard to detect, but if you’re a mathematician and you believe they’re there, and you believe they constitute almost all of everything, your task is straightforward: Find just one.

It’s as if you were convinced the oceans were filled with water, said Ranganathan, but every time you took a sample, you came up with something else—a shell, a rock, a plant. Yet to start to believe your hypothesis was correct, you’d hardly need to empty the sea.

“All you have to do is find any water,” he said. “One droplet of water will do.”

* The reason it’s 100 percent and not 99.9999 percent has to do with the strange things that happen once you start thinking about the probabilities when infinity is involved. Around the turn of the 20th century, the mathematician Henri Lebesque helped to develop “measure theory,” which provided a mathematically rigorous way for calculating the probabilities when infinite outcomes are possible.