Why Theories of Everything Are Ill-Conceived 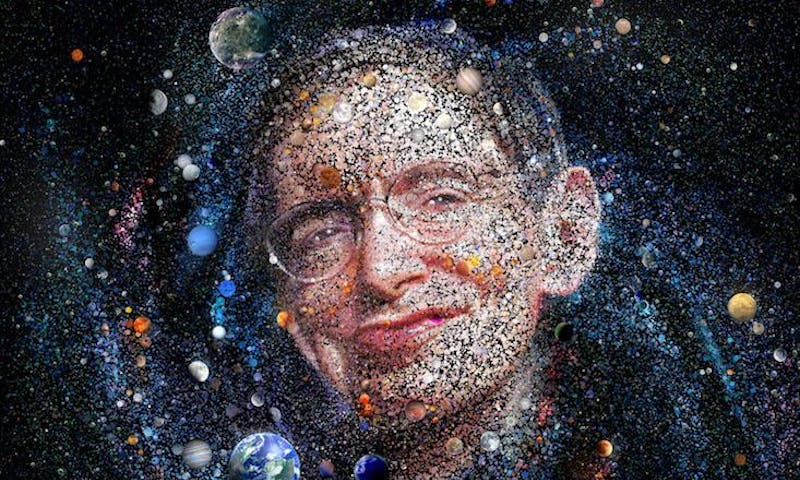 The police don’t often sympathize with speeding drivers, but if you’re a quantum gravity physicist who was distracted by a grand epiphany while driving at night, you might have a better chance. “The Italian policeman asked me politely if I was crazy to drive at that speed,” writes the Italian physicist Carlo Rovelli in his new book Reality Is Not What It Seems: The Journey to Quantum Gravity. “I explained that I had just found the idea I’d been seeking for so long.”

Rovelli’s epiphany? Figuring out how to write a book on quantum gravity for a popular audience. It was enough for the policeman, who wished a ticketless Rovelli good luck.

A professor of physics at Aix-Marseille University in southeast France, Rovelli is one of the pioneers of “loop quantum gravity” theory, which envisions space as a woven network of near-infinitesimal loops, on the order of the “vibrating strings” in string theory. In Reality Is Not What It Seems, he charts how our understanding of reality has morphed, starting with the ideas of the Ancient Greeks up to his own—and that of his co-thinkers, like Lee Smolin—today.

As Rovelli sees it, modern physicists should not spend their time ambitiously attempting a single “theory of everything.” Enough data isn’t in yet. “We just don’t know what’s out there,” Rovelli said.

In our recent conversation, Rovelli discussed the theories of quantum gravity, the non-existence of space and time, and whether humans will ever really understand the strangeness of quantum mechanics.

Space and time, as Einstein said, is like a big jellyfish in which we’re immersed.

When did you begin exploring the ideas around quantum gravity?

Very early. I was a student, but I was a late student in the sense that I took some time before I decided to go into physics. I stumbled upon a review article by Chris Isham, a British physicist at the time, in the school of quantum gravity. It was a bit premature because I didn’t understand much, but the problem sounded absolutely, spectacularly beautiful, and I’ve worked on quantum gravity since that moment.

How do you describe “loop quantum gravity” theory?

I think it’s a bit clearer to first say what it is not. It is not a theory of everything. It is not a unified theory. It is not pretending to be the end of physics, that we finally have found everything. It doesn’t have this potential at all. It has the hope of solving a specific problem: the quantum properties of space and time. We know that space and time are not fixed things. They’re dynamical and obey quantum mechanics. But there’s not yet a clear consensual theory of how they do so.

How is loop quantum gravity different from string theory?

String theory—it’s far more ambitious. It did not start as a theory of quantum gravity. It started as an attempt to be a unified theory of interactions without gravity. String theory functions in a way that it also hopes to provide a quantum theory of gravity, so it would solve the problem of quantum gravity. It’s very far from being there, I would say. Few people are still working on it—on the actual effort to understand the foundations of the theory and understand the foundations of how to describe quantum space and quantum time.

Loop quantum gravity is very different in spirit because it’s well-focused and, unlike the string theory today, it’s a well-defined theory. In loop quantum gravity, we know the basic equations. We might fight among ourselves about whether we have to change this to that, but there’s a sense that the basic equations are clear; there’s a set of principles that are clear. This is a more compact theory: better defined and more focused on detail.

Is a unified theory of general relativity and quantum mechanics possible?

Well, I don’t see indications that we are close to it. For instance, dark matter, a huge amount of matter out in the universe—we have no idea what it is yet. Trying to find a unified theory without knowing what’s out there—it seems very premature to me. We’re not close to the end of our questioning the universe. There are still such a large number of things we don’t know yet. Einstein at some point tried to write a unified theory. He did not know the existence of weak and strong interactions. These attempts, from this perspective, were completely ill-conceived, because electromagnetism is a piece of the electro-weak interaction.

I think we’re in a similar situation. We know general relativity. We know quantum mechanics. What keeps together protons in atoms? What keeps together protons of quarks? These are well-defined properties. Quantum gravity—it’s the concrete stuff. What happens in the center of a black hole? Nobody knows what happens. Why? Because gravity becomes quantum. What happened in the very, very beginning of the universe? Nobody knows because gravity was quantum there. So we need a quantum theory of gravity. It’s not driven by big dreams. It’s driven by specific physical problems and specific inconsistencies in a set of theories that work well.

You’ve said before that space and time don’t “really exist.” Why say that?

We study in school that fixed space is like a table over which things happen and time just passes. We have this quantitative view from Newton. With Einstein we understand that this container is in fact an active thing in the universe. Space and time, as Einstein said, is like a big jellyfish in which we’re immersed. This theory has stood up. So we know that all this dynamical stuff is quantum. We need a quantum description of this jellyfish, but a quantum description means that we cannot think of it anymore as something fixed and stable.

We’re not close to the end of our questioning the universe.

We have to think of it like a quantum electron: something that can open up and spread in a cloud of probability—like the probability cloud in quantum mechanics. A probability cloud in space is plural and time is plural, so we can no longer think of the universe as contained in a single space in a single time. We need something richer. It’s not that our sense of space and time is wrong; it’s just that it’s approximate, and nature is far richer than that. That’s why.

The Nobel Prize-winning physicist Steven Weinberg recently wrote in the New York Review of Books, “There’s no argument about how to use quantum mechanics, only how to describe what it means. So perhaps the problem is merely one of words.” Is he right?

I don’t like in his vision that we don’t understand quantum mechanics. No—we use it to explain the world. When new ideas come out, they’re very counterintuitive. When we discovered the Earth was round, the idea that people were upside-down on the sides of the Earth was not the most sensible idea comparatively. Now it is. I think quantum mechanics requires more discussion, but we will understand it nicely, I think.

In 1965, Richard Feynman said, “I can safely say no one understands quantum mechanics.” Do you think we ever will?

WATCH: Robbert Dijkgraaf, the director of the Institute for Advanced Study at Princeton, on why a theory of everything will emerge.

The lead image is courtesy of Charis Tsevis via Flickr.