Two years ago, scientists announced that they had found evidence of life in 3.7-billion-year-old rocks, suggesting that life arose on Earth extremely quickly. A new analysis of rocks from the same location calls that conclusion into doubt. 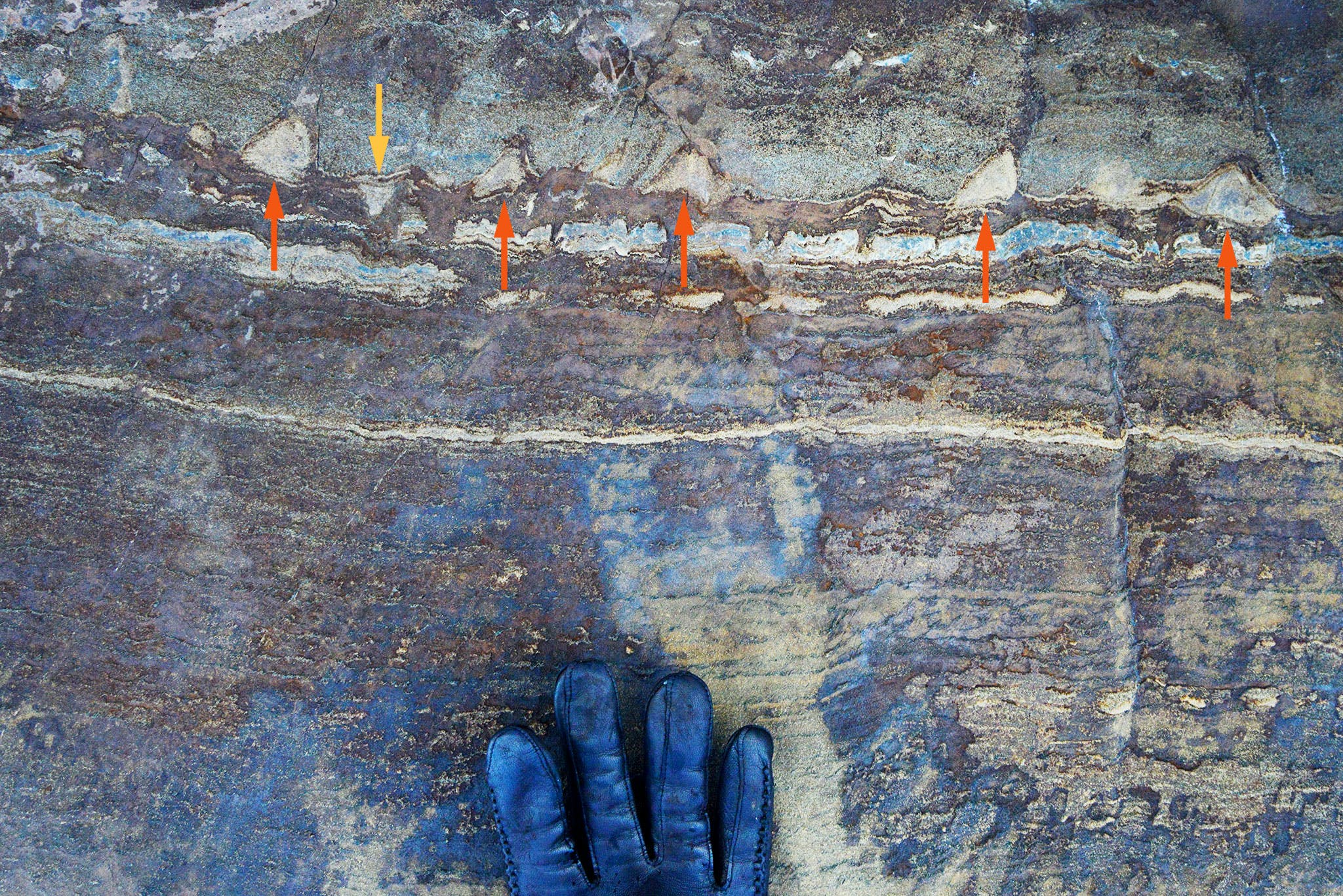 In August 2016, a research team claimed to have unearthed evidence of life in a remote outcrop of 3.7-billion-year-old rocks in Greenland. This bold claim not only pushed back the origin of life by at least 220 million years, it also added to a growing body of evidence that challenged the standard story of Earth’s violent beginning, as Quanta Magazine reported this year in “Fossil Discoveries Challenge Ideas About Earth’s Start.” Joining a series of ancient fossil finds—as well as geological evidence from Earth and the moon—the Greenland discovery added weight to the idea that Earth was warm and watery from the outset, and that in such conditions, life emerged quickly.

But a follow-up study published in Nature this month makes the case that those Greenlandian signs of life may just be a case of squished rock and mistaken identity. In it, the authors argue that the geologic features that were taken as clear marks of life can be readily explained by the normal, lifeless workings of tectonic forces. The debate highlights the challenges in reading signs of life into relics.

The controversy concerns stromatolites, which are ancient ruins of microbial activity preserved in rock. Stromatolites form in warm, shallow waters when photosynthetic microbes glob together in a gooey, flat mat, which can harden over time. New mats then grow atop the old. Over thousands of years, these mats grow into mounds that reach upward in pursuit of sunlight, thin stacks of pancakes that harden into stone.

In an ideal world, the outline of an ancient stromatolite would pop out in vivid contrast to a background of rock. It would be finely layered and shaped like a pyramid, dome or perhaps even a perfect cone—a form difficult to explain without invoking biology.

Alas, geology is rarely ideal. Over the course of billions of years, quotidian geologic processes can create structures embedded in rock that look a lot like stromatolites. What’s more, a once-pristine stromatolite can be squeezed, warped, crimped, and crushed so that any signal of past life becomes virtually indistinguishable from geologic noise. “The further you go back in time, the more difficult it is to glean any evidence of life from rocks,” said Elizabeth Trower, a geologist at the University of Colorado, Boulder.

So are the structures identified in 2016 evidence of ancient life or not? Abigail Allwood, lead author of the newest study and an astrobiologist at NASA’s Jet Propulsion Laboratory, is in a good position to investigate. She previously described the earliest known stromatolites—3.5-billion-year-old specimens from Western Australia that are close to ideal. Their clearly defined layers are embedded within sediment indicative of prime microbe habitat. While their shapes vary, they all point upward, making it difficult to argue that brute geologic forces produced such delicate diversity. Scientists largely agree that these specimens represent our earliest record of microbial life.

Initially, Allwood was excited by the 2016 finding, which was published in Nature by Allen Nutman, a geologist at the University of Wollongong in Australia, and his colleagues. She even penned a commentary praising the study.

But then she noticed something odd.

The proposed stromatolites were almost too perfect, with each cone sliced neatly through its apex. If they truly were stromatolites, then they were perfectly aligned in a row. “It seemed a bit miraculous that they were all perfectly exposed,” Allwood said.

In search of a view from another angle, Allwood and her colleagues helicoptered to the site in Greenland. Almost immediately after finding the site, they spotted a geological red flag. Stromatolite cones should always point upward, toward the sun. Yet within a meter of Nutman’s findings, some of the stromatolites were upside down. “That alone is almost enough to refute a biogenic origin,” Allwood said.

To get a fuller picture, Allwood cut a slab out of the rock less than half a meter from one of Nutman’s sites. True stromatolites should be approximately triangular from any angle. And from one angle, the putative stromatolites did resemble triangles. But when viewed from another side, they were flat, like ridges. It was like a long set of waves rolling across the sea: pointy from the side, but flat from the front. In Allwood’s mind, these ridges looked like they were “pushed and squeezed and bent and tortured,” she said, through normal tectonic processes, not the delicate action of generations of microbial mats.

In addition, Allwood found that the microcrystalline structures within the stromatolites orient in the same direction as the larger fold of the ridge, evidence that’s consistent with geological, not biological, forces.

The ridges don’t definitively rule out a biotic origin, according to Trower, who was not involved in either study. But invoking Occam’s razor, “it’s probably not a stromatolite,” she said.

Nutman disagrees with many points made in the 2018 study—most notably, he disagrees with where Allwood looked. In a written statement to Quanta, he said Allwood focused on a clearly deformed area his team actively avoided, resulting in “a classic comparing-apples-and-oranges scenario.” Allwood counters that she extracted her sample less than half a meter from one of Nutman’s sites. Generally, Allwood argues that the 2016 study failed to take in the broader geology, leading to suspect inferences.

For example, to support the claim that these stromatolites formed in an ancient shallow sea, Nutman pointed to a nearby “breccia,” a formation in which shards of rock were haphazardly encased in the sediment. He took this snapshot of geological disarray as evidence of an ancient storm that disturbed the seafloor, which would imply that the stromatolites formed in an ice-free shallow sea.

Allwood agreed at the time with this interpretation, but when she examined the site herself, she noticed the breccia connected with larger formations that suggested it resulted from normal tectonic pushing and pulling.

The debate over the Greenland stromatolites captures the inherent difficulty in peering so far into the past, said Kurt Konhauser, a geologist at the University of Alberta. “Imagine that you’re on the beach today, and you see bacteria forming a microbial mat. Now that then gets buried over 3 billion years, up to 10 kilometers deep. It gets folded, pushed up, fluids run through it, with minerals dissolving and re-precipitating. Is it reasonable to assume that what you’d see 3 billion years from now would look like how it looks today?” he said. “That’s the problem we have.”

Trower is slightly more optimistic, agreeing that this work is difficult, but that getting a more detailed, three-dimensional picture of the putative stromatolites and the surrounding geology “would be really helpful in getting more insight into what these structures originally were and how they got there.”

Both Trower and Konhauser are glad to see a negative result end up in Nature. “We’ve had so many affirmative statements about early life put forward,” Konhauser said, “but then you have to test it.” Sometimes the findings stand up to the test, and sometimes they don’t. “That’s the way you move forward.”

Lead image: The putative stromatolites appear as ridges in an outcropping taken from Greenland. While most of the ridges point up—consistent with forms that grow upward from the sea floor—one points down (highlighted with yellow arrow), indicating a non-biological origin. Credit: Abigail Allwood