“You’ll Know Her by Her Foot”

An ornithologist reflects on Emily Dickinson’s “You’ll know her by her foot.” 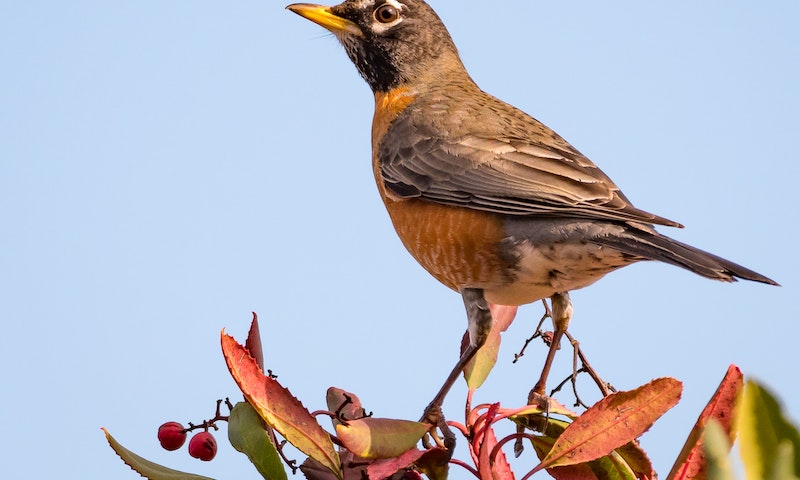 Emily Dickinson spent most of her life in Amherst, Massachusetts. Despite the geographic limits of her experience, she perceived an abundant, entrancing and confounding natural world of life and death all around her. Among her many aspects as a poet, she comes down to us as a fascinating observer of birds.

Scott Edwards is an ornithologist who studies the evolutionary biology of birds. Poetry in America director Elisa New recently invited Edwards to join her at Harvard University’s Arnold Arboretum in Boston to listen to birdsong and read some of Emily Dickinson’s bird poems. As their conversation makes clear in the video below, you can approach these poems on different levels. There is, on the one hand, Dickinson’s perspective as a naturalist, keen to record patterns of nature, and on the other, her perspective as a poet, finding the raw materials of metaphor in those natural patterns. How do these modes complement or diverge from each other? New and Edwards begin by looking at the nature of robin song, memorably conjured in the poem “You’ll know her by her foot.” Their conversation then proceeds to cover a range of questions about poetic vocabulary and scientific knowledge.

Edwards notes that robins may sing throughout the year, but they reach a “springtime crescendo” in March and April, once the imperative of surviving winter has passed and it’s time to attract a mate. Their song is no ornament—its primary function is to lead to reproduction, and yet, what seems to be just another habit of necessity turns out to be something far more complex. Edwards explains:

robins are a member of the thrush family…and they’re famous for having very detailed and elaborate songs, but they’re not loud and gaudy—they’re very subtle. And in fact, if you take a robin song and slow it down 16x, so you’re playing it back in slow motion, there’s sort of whole worlds in what seems like a single linear note.

As you can hear in the video, there is a remarkable difference between the simple impression made on the human ear, and the detail that is really there, a degree of subtlety that we would never experience if not for technology that can slow down the song and reveal its constituent elements. Amazingly, Dickinson seemed to be aware of this depth without the aid of advanced recording technology. She speaks of the robin “squander[ing]” its rich song on a human observer.

“If,” New suggests, “song is a kind of attractor, the poem pays a lot of attention to decorative aspects of this bird that might also attract.” There’s a notable emphasis on appearance, on what could be said to resemble our own methods of attracting others, as Dickinson pulls the poem away from the avian world toward that of her contemporary human society. New observes that the poem develops an “extended metaphor that seems to suggest that the bird’s plumage is like a 19th century lady’s getup.” This is interesting, Edwards tells us, because in fact the male robin is “detectably gaudier than the female.” Has an imaginative sequence overtaken the poet’s capacity—or willingness—to observe with a naturalist’s detachment?

In the end, even if Dickinson might seem to be playing loose with facts, the poem is cogent in suggestion. To portray the flight-ready form of the robin’s body, she speaks of its unadorned small (“and snug”) head as “So [much] finer…than Wool – / You cannot feel the seam.” The use of “wool” in this context is somewhat puzzling at first. Wool calls to mind mammals, Edwards reminds us—birds don’t have hair, only feathers. But then again, he reconsiders, birds are warm-blooded, like humans, and that might be partly responsible for the kinship that we feel with them: “when she mentions ‘wool,’ it’s perhaps not so inappropriate, because of course mammals as a group and birds as a group share this quality of being warm-blooded and very active.”

This connection brings to mind the final verse again: the bird’s frenetic singing—its “Threnodies of Pearl”—is deeply alluring yet elusive to the human ear. In order to better hear and preserve its actual form, you, the observer, will just as frenetically “beg the Robin in your Brain / To keep the other – still – .” A naturalist’s observations depend in part on imagination for their longevity. Without a keen auditory imagination, that “Robin in your Brain” that informs memory, we might momentarily apprehend natural phenomena in their complexity—but then the moment is gone.