All the Biomass on Earth

Our planet supports 8.7 million species. Here’s how they break down. 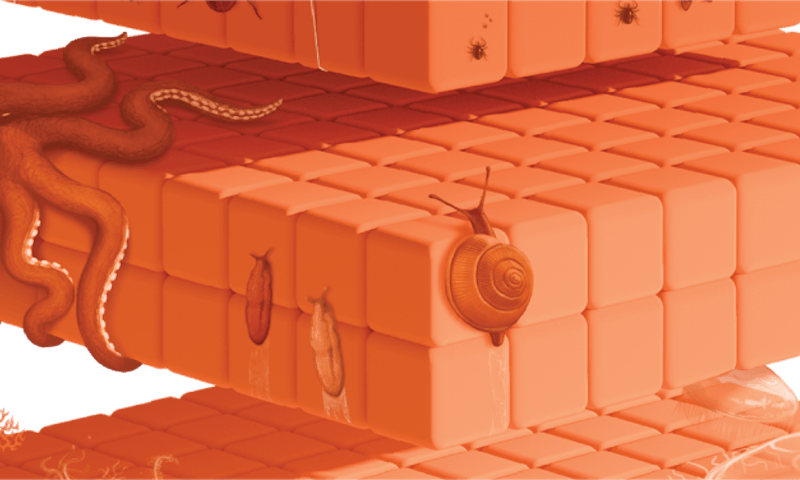 All the Biomass of Earth, in One Graphic

Our planet supports approximately 8.7 million species, of which over a quarter live in water.

But humans can have a hard time comprehending numbers this big, so it can be difficult to really appreciate the breadth of this incredible diversity of life on Earth.

To fully grasp this scale, we draw from research from “The biomass distribution on Earth,” by Yinon M. Bar-On, Rob Phillips, and Ron Milo to break down the total composition of the living world, in terms of its biomass, and where we fit into this picture.

A “carbon-based life form” might sound like something out of science fiction, but that’s what we and all other living things are.

Carbon is used in complex molecules and compounds—making it an essential part of our biology. That’s why biomass, or the mass of organisms, is typically measured in terms of carbon makeup.

In our visualization, one cube represents 1 million metric tons of carbon, and every thousand of these cubes is equal to 1 Gigaton (Gt C).

Here’s how the numbers stack up in terms of biomass of life on Earth:

Plants make up the overwhelming majority of biomass on Earth. There are 320,000 species of plants, and their vital photosynthetic processes keep entire ecosystems from falling apart.

Fungi is the third most abundant type of life—and although 148,000 species of fungi have been identified by scientists, it’s estimated there may be millions more.

Animals: A Drop in the Biomass Ocean

Although animals make up only 0.47 percent of all biomass, there are many sub-categories within them that are worth exploring further.

Arthropods are the largest group of invertebrates, and include up to 10 million species across insects, arachnids, and crustaceans.

The category of chordates includes wild mammals, wild birds, livestock, humans, and fish. Across 65,000 living species in total, nearly half are bony fish like piranhas, salmon, or seahorses.

Surprisingly, humans contribute a relatively small mass compared to the rest of the animal kingdom. People make up only 0.01 percent of all the biomass on the planet.

Annelids are segmented worms like earthworms or leeches, with over 22,000 living species on this planet. After arthropods, mollusks are the second-largest group of invertebrates with over 85,000 living species. Of these, 80 percent are snails and slugs.

Cnidarians are a taxon of aquatic invertebrates covering 11,000 species across various marine environments. These include jellyfish, sea anemone, and even corals.

Nematodes are commonly referred to as roundworms. These sturdy critters have successfully adapted to virtually every kind of ecosystem, from polar regions to oceanic trenches. They’ve even survived traveling into space and back.

Beyond these animals, plants, and fungi, there are an estimated trillion species of microbes invisible to the naked eye—and we’ve probably only discovered 0.001 percent of them so far.

Bacteria were one of the first life forms to appear on Earth, and classified as prokaryotes (nucleus-less). Today, they’re the second-largest composition of biomass behind plants. Perhaps this is because these organisms can be found living literally everywhere—from your gut to deep in the Earth’s crust.

Researchers at the University of Georgia estimate that there are 5 nonillion bacteria on the planet—that’s a five with 30 zeros after it.

Protists are mostly unicellular, but are more complex than bacteria as they contain a nucleus. They’re also essential components of the food chain.

Archaea are single-celled microorganisms that are similar to bacteria but differ in compositions. They thrive in extreme environments too, from high temperatures above 100 degrees Celsius (212 degrees Fahrenheit) in geysers to extremely saline, acidic, or alkaline conditions.

Viruses are the most fascinating category of biomass. They have been described as “organisms at the edge of life,” as they are not technically living things. They’re much smaller than bacteria—however, as the COVID-19 pandemic has shown, their microscopic effects cannot be understated.

The Earth’s Biomass, Under Threat

Human activities are having an ongoing impact on Earth’s biomass.

For example, we’ve lost significant forest cover in the past decades, to make room for agricultural land use and livestock production. One result of this is that biodiversity in virtually every region is on the decline.

Will we be able to reverse this trajectory and preserve the diversity of all the biomass on Earth, before it’s too late?

This article was originally published on Visual Capitalist, with the following editor’s note: This visualization was inspired by the work of Javier Zarracina for Vox from a few years ago. Our aim with the above piece was to recognize that while great communication needs no reinvention, it can be enhanced and reimagined to increase editorial impact and help spread knowledge to an even greater share of the population.