Communication Breakdown in the Brain

Inside the research to get neurons back in a healthy conversation with one another. 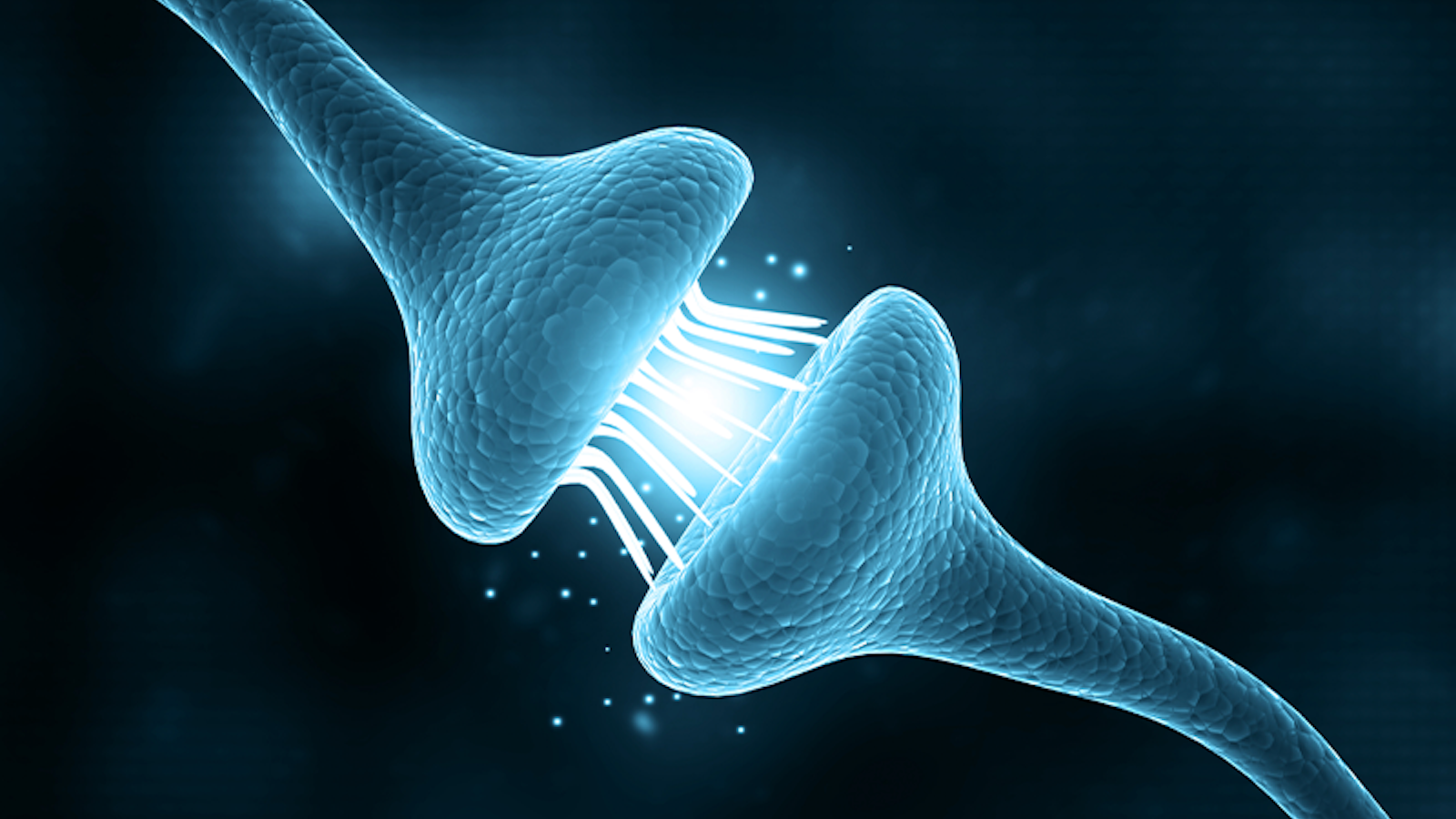 Seizures come suddenly, triggered by stress, fever, flashing lights, or even just feeling tired. Some cause the body to jerk and shake while others can produce strange sensations, make one lose a sense of awareness, or faint. They can happen when the person is awake or asleep. When they pass, after a few seconds or minutes, they leave people tired, confused, and disoriented.

The brain usually maintains a certain level of inhibition that keeps neurons from firing uncontrollably. But during a seizure, one part of the brain starts firing too frantically and can’t stop, resulting in a spike of electrical activity and a seizure.

The brain works hard to keep the “volume” of communication within neurons stable.

Although typically not painful, seizures take a huge physical and emotional toll on people who never know when one may strike, including the approximately 50 million individuals worldwide who live with epilepsy. Those who suffer seizures often can’t drive. Some can’t travel alone. Many have limited work options. While medications help decrease seizures, they are often not entirely effective and produce side effects including upset stomach, dizziness, or blurred vision.

That might change in the not-too-distant future, says Hollis T. Cline, director of the Dorris Neuroscience Center at The Scripps Research Institute. She looks forward to the day when an epileptic person who feels an oncoming seizure will be able to take a drug to decrease aberrant activity in the brain and prevent the spike from happening. “I think this is very feasible, and likely to occur,” she says.

Cline’s optimism stems in part from basic research conducted by scientists like Linda Van Aelst, a professor at Cold Spring Harbor Laboratory who studies how cells communicate with each other and how this communication guards against disease. Van Aelst is working to figure out how to prevent neurons from firing too much or too little. Much like effective conversations between people, the brain works hard to keep the “volume” of communication within neurons stable. In humans, if a person speaks too softly, the listener might not hear well. If the speaker is too loud, or screams, the listener would likely be taken aback and perhaps even walk away. It’s similar for neurons: If there’s not enough signal firing, then they can’t communicate with one another. If there’s too much activity, then the communication within the circuit breaks down. When one part of the brain is firing too much, that breakdown results in a seizure.

Van Aelst’s team is studying cells that help these networks develop. One type, called microglia, had been traditionally viewed as brain immune cells, because they often act as the cleanup crew, eating viruses, bacteria, cellular debris, and other unwanted garbage. They also repair injuries and trim synapses that are no longer needed. These oval-shaped cells can take on another surprising role: They are able to protrude armlike extensions from their body that can nurture other cells and connections. Van Aelst and her team discovered that in pups and young mice, microglia wrap these “arms” around some brain cells, strengthening synapses between neurons. “People had not appreciated that microglia can have actually good function during a peak of development to make more of the synaptic connections, which is critical for normal, proper function,” Van Aelst says.

Another important player under investigation for their role in neuronal networks are chandelier cells. Named for their nerve fibers that branch out like arms of a chandelier, these cells are powerful communicators. Most neurons “speak” to their brethren without directly generating electrical “spikes,” but chandelier cells connect directly to the part of a target neuron that initiates a spike. These spikes facilitate short- and long-distance communication in the brain, so chandeliers can exert powerful influence on neighboring neurons. Too many or too few of these cells could be associated with diseases like epilepsy.

To better understand neurodevelopmental disorders, Van Aelst’s team is exploring how chandelier and microglia cells can work together to build healthy networks. For example, “The chandelier cell can keep the excitatory target neuron in check so that it doesn’t fire too much,” Van Aelst says.1 That was a surprising discovery, she adds. Before that, “people didn’t know how these connections are formed.” Her team has also discovered that when microglia are impaired, fewer chandelier cell synapses are formed on the excitatory target neurons, leading to increased firing of these neurons.2 Next, “we really need to figure out, on a molecular level, the cellular mechanisms as to how this communication between these neurons and microglia happens,” Van Aelst says.

These fine-grained views into the brain and its function—and dysfunction—could become useful for treating a variety of neurological disorders even beyond epilepsy, including depression, various intellectual disabilities, and neurodegenerative diseases such as Alzheimer’s. Once researchers like Van Aelst uncover the molecular causes of aberrant activity in the brain regions affected by these disorders, other scientists can start forging the therapeutic molecules to fix it. It may sound like a long shot, Van Aelst says, but it wouldn’t be the first time a long shot in science becomes the saving shot. Just look at the research that led to saving millions of people from the current pandemic. “In my opinion, most therapeutics actually come from basic research,” Van Aelst says. “For example, the research on the COVID-19 vaccines is the result of 20 plus years of work on mRNA molecules.”