Gene Editing Must Reckon With the Unforeseen 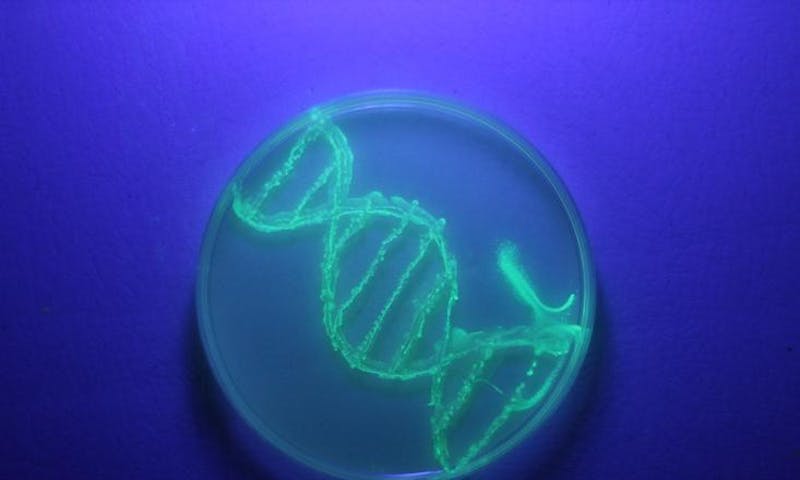 Almost exactly a year ago, I attended the International Summit of Human Gene Editing at the National Academy of Sciences. It was organized in part by Jennifer Doudna, arguably one of the inventors of Crispr-Cas9. It’s a new biotech tool—cheap, easy to use, and reliable—that allows thousands of scientists around the world to modify genes in plants, model organisms, and living human cells.

One of the biggest ticket items on the agenda was a debate on editing the germline, the heritable code entailed in sperm and ovum that gets passed on to future generations. One chief concern is that Crispr-Cas9 will open up new terrain for a “market-based eugenics”—genome editing will be combined with in vitro fertilization techniques. There’s certainly motivation to explore this landscape: Many mothers with foreknowledge of a newborn’s condition of Down’s syndrome, for example, choose to abort; if they had the foreknowledge that their child would have autism, or major depression, and if they had the ability to modify genetic markers for intelligence, or psychiatric risk traits, they might be tempted to take advantage of it. Indeed, insurers might even provide an option to pay for an in vitro modification to genes associated with autism, or which dispose risk for breast cancer, for instance.

Crispr-Cas9 is already being applied to single-gene or “monogenic” disorders such as cystic fibrosis, sickle cell disease, X-SCID and rare, hard-to-treat eye disorders. Many “enzyme deficiency disorders,” such lipoprotein lipase deficiency will be good candidates, and cancer researchers are using it to alter our own immune system to help fight cancer. But Crispr-Cas9 will probably be less useful in altering traits like autism spectrum disorder, or markers that predict intelligence, anxiety, and depression. The last two may not even be diseases, per se, but simply ways of being in the world. Yet there is strong popular interest in learning about those markers, exploiting and marketing them, and perhaps, one day, altering them for the better.

In 1979, the philosopher Michel Foucault coined the phrase “biopower.” He wrote, “By this I mean a number of phenomena that seem to me to be quite significant, namely, the set of mechanisms through which the basic biological features of the human species became the object of a political strategy, of a general strategy of power, or, in other words, how, starting from the 18th century, modern Western societies took on board the fundamental biological fact that human beings are a species. This is what I have called biopower.”

You might think the advent of Crispr-Cas9 has made, and will continue to make, his notion more salient. Scientists have already created the “Cas9 mouse,” which simplifies the gene modification process even further: Such a mouse includes in its cells the same protein in Crispr-Cas9 that makes cuts to DNA, so that only an easily deliverable RNA molecule is required to create a gene modification. This establishes the legwork for the creation of a “Cas9 human,” a person with the Cas9 protein stably expressed in their cells, whom could more easily be modified, perhaps even through a simple injection. (“When we control the gene, its champions promise, we will be the masters of our own destiny,” the science historian Nathaniel Comfort wrote in “Genes Are Overrated,” an article published in The Atlantic in June.)

But biotech’s control over life has not come without pushback. Legislators, for one, added a provision weeks after the Summit which would prevent the United States Food and Drug Administration from considering any genetic modification to an embryo. Nature also poses a resistance to biotech’s mastery as well. Fixes for multifactorial or complex diseases or traits might never be engineered. Indeed, it is seductive to think of psychiatric disorders as eminently solvable issues of genetics or data, and remove them from the context of social stressors, like financial situations. But this is an illusion. At the summit, Eric Lander, the director of the Broad Institute, a genomics research center in Cambridge I used to work for, hinted at why.

He explained that researchers affiliated with the Broad Institute had identified a variant in an immune-system gene called C4, which also binds to “neuronal synapses, dendrites, axons, and cell bodies” and tags synaptic connections in the brain to be trimmed back. Variants in this gene (which might increase the trimming of those connections too much) appear to increase a person’s risk for schizophrenia, but not by much—from 1 percent in the general population to just 1.25 percent. What’s more, 10 percent of the risk for schizophrenia is linked to thousands of other genetic variants throughout the genome. The rest of the 88.75 percentage risk of getting schizophrenia is called the “mystery of missing heritability”—it could have to do with epigenetic markers, the interaction of multiple genetic variants that we don’t yet understand, or things that happen in personal experience, concerning development or environmental stressors. So Lander, in his talk, rightly tempered any enthusiasm for using Crispr-Cas9 to target complex traits like schizophrenia.

But within a couple months, his mood apparently shifted. Back at Broad—to which the philanthropist Ted Stanley once gave $650 million to investigate the underpinnings of neuropsychiatric disorders—Lander’s team created “Opening Schizophrenia’s Black Box,” a video that suggests we are on our way to deciphering the mechanisms underlying mental diseases. In fact, we are far from it. This fall, for example, defects in DIXDC1—a gene that directly interacts with schizophrenia candidate gene DISC1, and which has a role in regulating synapse density—were reported to be associated with bipolar disorder, schizophrenia, or autism spectrum disorder. So has another gene, SHANK3. But the associations in both cases are weak, increasing risk for these disorders by a fraction of a percentage point. Though neuropsychiatric conditions are highly heritable, no single genetic variant contributes much to the risk of inheriting them.

It would be nice if there were a gene for psychosis—we could just alter or snip it out with a tool like Crispr-Cas9. But many of these variants responsible for various forms of psychosis may be pleiotropic, meaning they have different, often unrelated, effects in different cells or tissues, and may vary in their positive and negative effects depending on their genetic background, the other genetic variants they’re inherited with. Siddhartha Mukherjee, in his book The Gene, admits we might never develop a “forward catalog” of genetic variants for schizophrenia, which would allow us to predict, just based on a person’s genome, whether they will develop the disease.

Many or most of these genetic variants may even provide an evolutionary advantage. We shouldn’t rule out the underlying traits (called “endophenotypes”) that dispose us to conditions such as bipolar disorder, depression, schizophrenia, or even autism, which may provide evolutionary fitness benefits we can’t yet detect when combined in the right combinations of tens or hundreds of other genetic variants—autism and schizophrenia remain in our species at high incident rates. The contributions from people with autism are near legendary. Some depressives like David Foster Wallace and Andrew Solomon turn out to be fantastic writers. In 1995, Arnold Ludwig reported a 77-percent rate of psychiatric disorders in eminent fiction writers. (The cognitive scientist Steven Pinker doubts the turmoil of writers and poets is quite that high. “There is a romantic cultural stereotype that authors themselves like to cling to—painful process, requiring a solitary cabin, you have to hate book tours,” he told me. “I doubt it’s true for most authors.”)

As Comfort noted in The Atlantic, “Darwin’s great insight was that while species do change, they do not progress toward a predetermined goal: Organisms adapt to local conditions, using the tools available at the time.” The tools available in our time are radical: Biotech wants to optimize the function of a gene for the biggest payoffs—in health, intelligence, athletic ability, and so on, to create a brighter future.

But what often goes unacknowledged is that there are no superior genes. Rather every version of a gene comes with tradeoffs. So gene modification should make us cautious: It may, depending on our environmental niche, impose a new weakness or the loss of a strength we can’t foresee.

Jim Kozubek is a data scientist living in Cambridge, Massachusetts, and the author of Modern Prometheus: Editing the Human Genome with Crispr-Cas9.

Watch: The science historian Nathaniel Comfort says the billion-dollar industry growing up around CRISPR is sensationalized.

The lead image is courtesy of Kyle Lawson via Flickr.