Investing Is More Luck Than Talent

The surprising message of the statistics of wealth distribution. 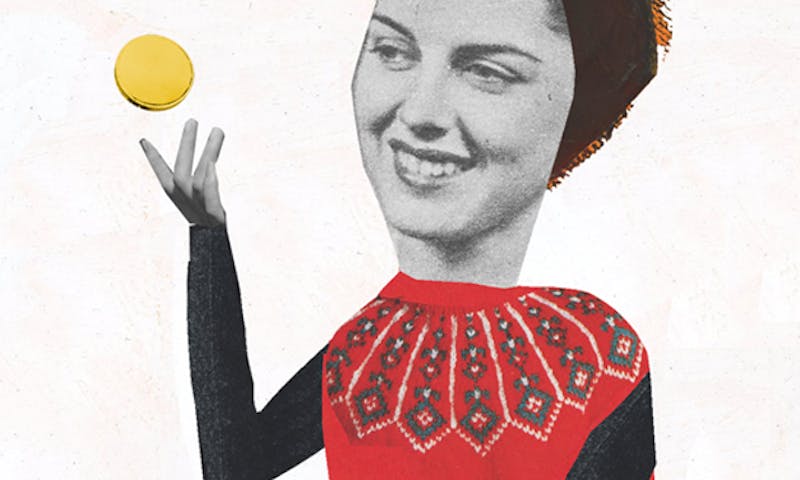 Depending on which economist you ask, big inequalities in wealth are either an essential engine for growth—the reward that motivates people to work hard, innovate, and prosper—or a ticking time bomb capable of unleashing mass misery, social upheaval, or even violent revolution.

The academic researchers who study inequality are forever arguing about where that tipping point lies, and how much inequality is too much. Many observers wonder if we’ve begun to tip already, pointing to the surprisingly strong support enjoyed by the avowed socialist Bernie Sanders in the recent United States presidential election.

But what no one can deny is that in many countries around the globe, inequality has reached eye-popping extremes. In the U.S., for example, the top 1 percent of the population holds 42 percent of the national wealth. And the top 100 individuals now have an average wealth roughly 45,000 times the national average.

Where do such massive differences in wealth come from? The positive narrative surrounding inequality might chalk them up to the talent and effort of high earners. Social critics will also cite the many ways that talent and effort can be frustrated by prejudices based on class, race, or gender. Both sets of factors are obviously relevant—but mainly at the lower and middle levels of the wealth spectrum, where people’s standings are largely affected by salaries and consumption. They cannot possibly be the whole story at the high end, where people’s wealth is primarily determined by capital gains or losses on investments. If the ratio of 50,000 were to hold for other traits, it would imply individuals who are 53 miles tall, have IQs of 5 million points, and live to be 4 million years old. Nobody is that much better than the typical run of humanity.

This turns out to be a very difficult question to answer just by looking at individuals. We all know stories of ambitious and talented people like Steve Jobs or Bill Gates, who grew companies and created great wealth. But for each one of these superstars, there may have been many more people who were equally ambitious and talented, yet did not succeed. Maybe the string of investment and managerial decisions that made one person’s company successful, and that seem so very wise in retrospect, were actually just the entrepreneurial equivalent of flipping a coin 20 times and getting all heads. The chances of that happening are about 1 in 1 million, so if enough people try it, someone is bound to get lucky and look like a coin-flipping genius—purely by chance.

The distribution of wealth at the highest end of the scale is quite consistent with pure luck.

However, that coin-flip analogy does suggest a better way to differentiate between talent and luck: Instead of looking at specific individuals, look at the way wealth is distributed over the whole population at the high end of the wealth spectrum.

To illustrate the basic idea, suppose that we are flipping coins and trying to figure out whether they are fair or biased. This is tricky with only a single coin. If we flip it 20 times and get 14 heads versus 6 tails, we might be a little suspicious that it’s biased. But we could not be completely sure: The chance of a fair coin yielding 14 heads or more is still about 6 percent, and unlikely events do sometimes come to pass. A much better approach would be to perform the same 20-flip experiment with thousands of identical coins: If we still see lots of them coming up with an overabundance of heads, then something is definitely fishy.

I have applied this idea to the world of investments and the distribution of wealth by imagining the following investment game.1 A large number of investors all start with $100,000. Every year, each investor flips a coin that determines his or her rate of return for that year: Half the time it will come up heads and yield a return of 30 percent, and on the rest of the tosses it will come up tails and yield a loss of 10 percent. The numbers are chosen to give an average annual return of 10 percent, plus or minus 20 percent, which is typical of investments in the real stock market, but the overall conclusions do not depend on these specific numbers.

After playing this game for 20 years, the typical investor will toss about 10 heads and 10 tails, ending up with something like $480,683. But a few lucky investors who happen to toss 20 heads in a row will have wealth of $19 million. Likewise, a few very unlucky investors will toss 20 tails and end up with only $12,158. As the game continues, however, individuals will rise and fall, growing richer or poorer according to the whim of the coin flips. To make the game more realistic, assume that if investors’ wealth declines below some level they have to drop out of the game, and are replaced by newly rich players emerging from the middle class. Eventually, the game will reach a kind of equilibrium—one in which the number of players going up is always balanced by the number going down, so that the overall distribution of wealth reaches a steady state and doesn’t change anymore.

If we knew how to come up with strokes of genius like the iPhone, everyone would be doing it.

This distribution turns out to follow a power law, which basically says that it’s easier to be sort of rich than really rich: The very, very wealthiest people are very, very rare. More specifically, the power law says that if you count the number of players richer than you, then count the number who are at least twice as rich as you, that second number will always be down by a factor of (½).α

That symbol α is known as the Pareto exponent in honor of Vilfredo Pareto, the Italian economist who first studied such power law distributions in the 19th century. And it’s the kind of modeling result that makes professional economists take notice: A power law distribution of high-end wealth is exactly what they see in the real world, not only in the U.S., but in many other nations. (The typical values of α in Western countries is in the range 1.1 to 1.7.)

In the real world, in other words, the distribution of wealth at the highest end of the scale is quite consistent with pure luck.

Or is it? The obvious objection, of course, is that the coin-flip investment game is a gross oversimplification of reality. For example, it takes no account of consumption—the money that rich people siphon out of the market to spend on travel, penthouses, yachts, or whatever. Nor does it allow for the fact that some people are born with inherited wealth that gives them a huge head start in life. Yet it turns out that neither consumption nor inherited advantages make much of a difference: Even when the model is adjusted to allow for such factors, Pareto still rules. Another possible objection is that it may take a very long time for the wealth distribution to converge to its steady state. However, it has been shown both numerically and experimentally that the convergence to the Pareto wealth distribution is actually quite fast.2

What might make a difference, however, is talent—Steve Jobs-scale abilities that allow some players to beat the odds and do better than others. There is no room for talent in the original version of the investment game, because it assumes that the only source of inequality is pure luck. That’s the whole point of the coin flip. And in truth, talent is an intrinsically hard thing to model: If we knew how to come up with strokes of genius like the iPhone, everyone would be doing it.

Still, it is possible to get a crude sense of the effect of talent by modifying the investment game to include two types of players. Normal investors are just like those in the first game: They flip a coin with heads yielding a return of 30 percent, and tails producing a loss of 10 percent. But the talented investors are more skilled at playing the market: They earn slightly more than 30 percent when the coin comes up heads, and lose slightly less than 10 percent when the coin comes up tails. Now we set the players loose and ask an empirical question: How big can this “talent differential” be and still stay statistically consistent with the power law wealth distribution we see in the real world?

It turns out that it can’t be more than about 1 percent.2 A larger talent differential would produce a wealth distribution that is even more extreme than the real one, and that would not follow a power law.

To see what this implies about the relative roles of luck and talent among investors, suppose that Jill is a super-sophisticated investor who is able to obtain an annual return that’s 1 percent better than average (which is considered very good in financial markets). Even after 20 years, Jill would have only a 56 percent chance of being richer than Jack, a normal investor. That’s only a slight improvement over the 50-50 chance she would have if the two of them were equally talented. Her 1 percent annual talent advantage is swamped by the randomness of raw luck.

This conclusion may seem counter-intuitive at first. But it echoes the conclusion reached by Nobel laureate Paul Samuelson in a fall 1989 article he wrote for the Journal of Portfolio Management discussing the relative roles of talent and luck in the success of mutual fund managers:

Those lucky money managers who happen in any period to beat the comprehensive averages in total return seem primarily to have been merely lucky. Being on the honor roll in 1974 does not make you appreciably more likely to be on the 1975 honor roll.

If this is indeed the case—if the effects of talent are really so much smaller than the effects of luck at the high end of the wealth scale—then corporate boards might want to keep that fact in mind when setting the compensation plans for fund managers or CEOs: “Reward for performance” may actually be mostly a reward for luck.3, 4 Likewise when it comes to debates over raising taxes on the rich: The argument that this would be punishing talent might not hold. It might instead be mostly taxing luck—as the French economist Thomas Piketty has famously maintained in his call for a global tax on wealth.5

So, at the next cocktail party when someone brags about his latest brilliant investment, you can refer him to King Solomon:

I returned and saw under the sun, that the race is not to the swift, nor the battle to the strong, neither yet bread to the wise, nor yet riches to men of understanding, nor yet favor to men of skill, but time and chance happeneth to them all.
(Ecclesiastes 9:11)

Moshe Levy is a finance professor at the Hebrew University Business School. His research interests include the distribution of wealth, investments, CEO compensation, decision-making, and social phase transitions.