Absent signs of life, astronomers are starting to look for extraterrestrial nuclear wars and pandemics. 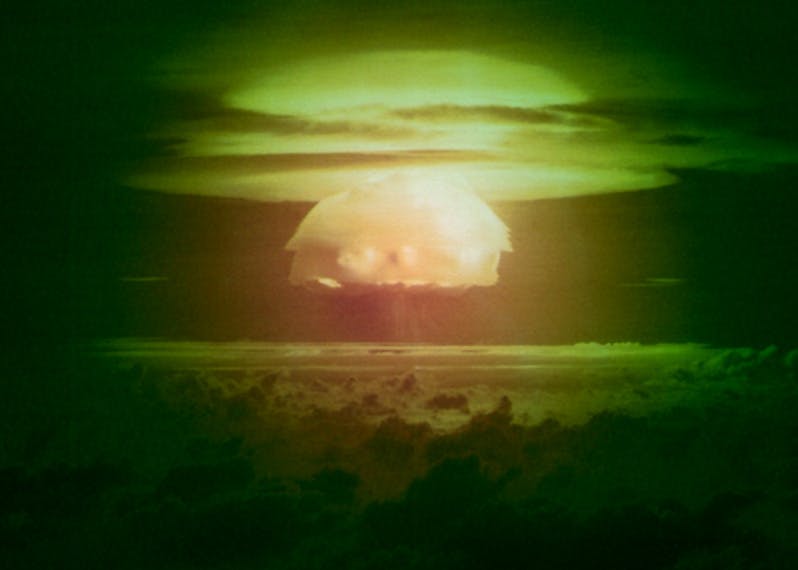 Lead image: 1954 nuclear test at the Bikini Atoll. From U.S. Department of Energy.