No, Animals Do Not Have Genders

How do we know that gender is not simply a biological fact? What makes it cultural, rather than analogous to sex-differentiated behavior in animals? 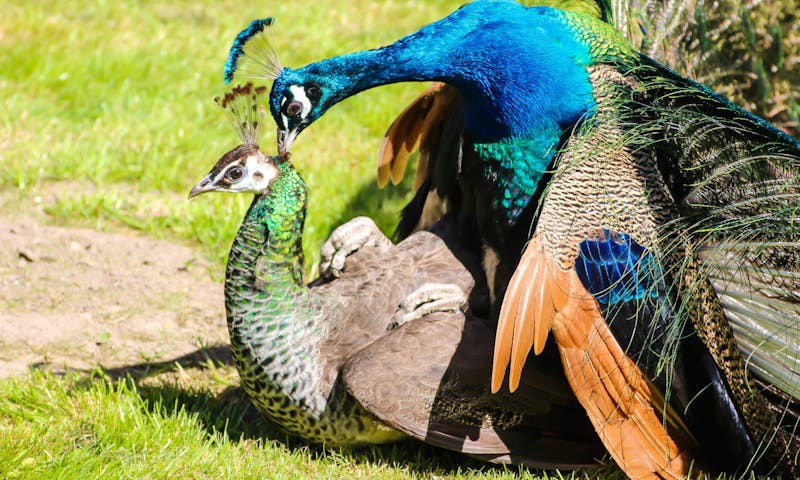 Animals do not have genders. And although this statement is universally accepted by those who study and theorize about gender, there is a lot of confusion about it among those who do not.

The confusion stems from the fact that males and females of many species systematically behave in different ways. Perhaps the most basic example is the act of mating. To have different sexes in a species simply means to have different variants that make different-sized gametes (eggs and sperm, for example). This often means different body types adapted to getting these gametes together efficiently (like penises and vaginas). And these body types necessitate different mating strategies (like mounting and presenting).

In some parts of the animal kingdom, sexually differentiated behavior goes beyond the act of mating. Sometimes only one sex will care for the young. Other species have sex-specific mating and courtship strategies, like harem defense by male gorillas, or mating dances. In still others, males and females have different patterns for sociality, as in big-horned sheep, which have sex-segregated herds.

When little boys reject dolls, we do not learn about their innate abilities to care for infants.

How are these behaviors different from gender? Why don’t they count? To answer this question we, of course, need an understanding of what gender is, and this can be a bit tricky. The term gender has been used in many ways, and for many purposes. This, in itself, is not a problem. Gender is complex and multi-faceted, and it makes perfect sense for people to address different aspects of it in different ways. (Though the complexity of the idea likely contributes to the confusion at the heart of this article—over whether animals have gender.) How can we understand it?

It wasn’t until the 1950s that the psychologist John Money started using the term “gender role” to refer to something that associates with biological sex, but is not the same. From there, a theoretical distinction emerged where sex refers to facts about biological bodies. Gender, on the other hand, is cultural. It involves a set of behaviors and norms that shape how men and women act, prescribe how they ought to be, and specify what it means to be a man or a woman. These behaviors and norms emerge as a result of cultural evolution, and are transmitted to new generations through cultural learning. (Notice here that I implicitly refer to a two-gender system. I am not making a political point. This is just the most common type of system across cultures, traditionally.)

As gender theorists like Judith Butler and Anne Fausto-Sterling have pointed out, sex and gender cannot be fully pulled apart. Facts about our sexed bodies influence the cultural rules surrounding gender. (For instance, in many cultures it is a norm that men, who are typically males, do jobs that require a lot of upper body strength.) And facts about gender in turn shape our sexed bodies. (For instance, norms of what is attractive lead to different patterns of exercise, like weightlifting for men and running on the elliptical for women.) And these feedback on each other. (When men only weightlift, this creates further sex differences that reinforce our cultural norms.) But despite this intertwining, peacocks still do not have genders. And the reason is that peacocks do not have culture.

How do we know that gender is not simply a biological fact? What makes it cultural, rather than analogous to sex-differentiated behavior in animals? Here is some of the key evidence. Unlike in any other animal, gendered behavior in humans is wildly different across cultures. What is considered appropriate for women in one culture might be deemed completely inappropriate in another. Even the number of genders is culturally variable. While most cultures have settled on two genders, associated with biological sex differences, others settle on three or more.

Relatedly, the rules and patterns of gender change over time. While in the early 1900s women in the United States were forbidden from wearing trousers, it is now perfectly acceptable to do so. And while pink is now considered the color of femininity in the Western world, this association only emerged recently. In other words, there is a lot of arbitrariness to gender—it is flexible, it can be done in many ways. And this indicates that it is deeply shaped by culture.

A few puzzles remain, though. First—don’t animals have cultures? And, if so, couldn’t they have genders, too? Culture relies on the transmission of learning and information from generation to generation. This allows stable patterns of useful behavior to emerge and persist. And it allows us to build up cultural knowledge over these generations. Some animals can engage in this sort of learning, at least in a limited way. Killer whales, for example, learn how to hunt from each other, and different groups develop different strategies for killing prey. In a famous case, a band of Japanese macaques learned to wash sweet potatoes after one female started doing so.

But genuine examples of animal culture are relatively rare, and do not involve sex-specific patterns of behavior and learning the way human gender does. We do not, for instance, see killer whale pods where females learn special behaviors only from females, and pass these on only to other females. Even if we did, this sort of proto-gender would be missing many of the key features of human gender systems. Most importantly, human gender systems involve healthy doses of normativity—not only do women behave a certain way by dint of their cultural training, but we agree as a society that they should behave that way. This element is absent from animal cultures.

Here is another puzzle, though. If gender is a cultural construction, why is it so pervasive? Why does every studied society have patterns of behavior, and norms, surrounding how men and women should act? Wouldn’t we expect at least some cultures to do without it? And, if so, is it maybe more innate and biological than we think?

The answer here is that gender has emerged so widely because it has been extremely useful in allowing human groups to divide labor. Over cultural evolutionary time, humans develop skills that are crucial for survival, but often difficult and time-consuming to learn. In traditional cultures, this might involve things like making rope, gathering and processing food, constructing houses, and firing pottery. Gender provides a set of rules that pick out different classes of people, and specify that these different people are supposed to do different jobs. Of course, we can, and do, divide labor in other ways, but biological sex differences make gender an especially convenient way to do it. We don’t need gender to solve division of labor problems, but it is such an accessible solution that basically every culture develops some form of it. And once gendered division of labor is in place, rituals, meanings, expectations, norms, and all sorts of cultural baggage can accumulate.

All of this raises a thorny question. If gender is cultural, is that what explains all differences in the behaviors of men and women? Do humans have sexually differentiated behaviors like animals do, or not? This question is thorny because in answering it one almost necessarily informs issues related to sexism, discrimination, and inequity. If there are innate behavioral differences between males and females, this provides grounds to argue that we need not treat men and women fairly. A classic example involves claims that women are less competitive than men, and so the relatively small number of women CEOs is not a problem.

There are likely some innate behavioral differences between human males and females, but the extent of these are extremely hard to gauge. Cultural influence shapes the gendered behavior of every human on this planet, meaning we cannot measure innate sex differences absent cultural factors. There is no control group.

This returns us to why it is so important to recognize that animals do not have genders. When we see different behaviors in men and women, we cannot infer, as we can with animals, that these behaviors emerge from innate biological differences. When little boys reject dolls, we do not learn about their innate abilities to care for infants. Instead, we have to see this sort of behavior in humans through an entirely different lens, that recognizes how important our cultural systems are in determining what we do as men and women, boys and girls.

Cailin O’Connor is a philosopher and evolutionary game theorist and Associate Professor in the Department of Logic and Philosophy of Science at U.C. Irvine, where she directs the Philosophy, Political Science, and Economics MA program. She is the co-author of The Misinformation Age: How False Beliefs Spread and The Origins of Unfairness. Follow her on Twitter @cailinmeister.