The Ocean Gets Big Data

A new array of cameras, vehicles, and sensors promises to change ocean science. 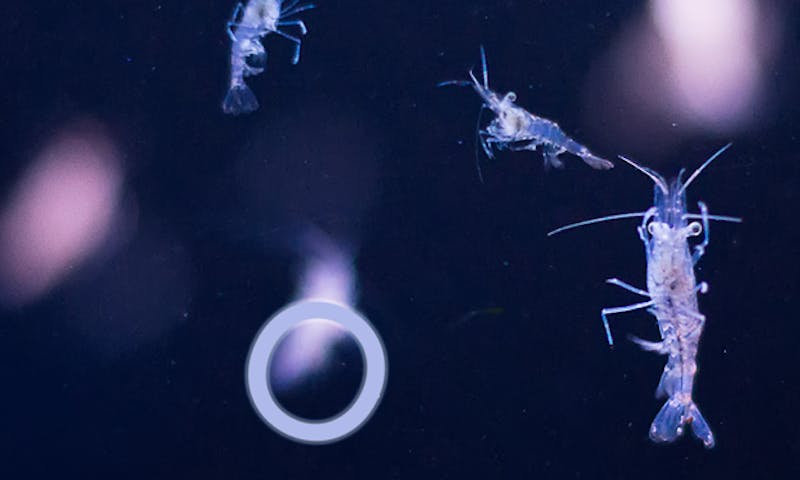 I think that for some people,” says Peter Girguis, a deep-sea microbial physiologist at Harvard University, “the ocean seems passé—that the days of Jacques Cousteau are behind us.” He begs to differ. Even though space exploration, he says, “seems like the ultimate adventure, every time we do a deep sea dive and discover something new and exciting, there’s this huge flurry of activity and interest on social media.” But the buzz soon fizzles out, perhaps because of ineffective media campaigns, he says. But “we’re also not doing a good job of explaining how important and frankly exciting ocean exploration is.”

That might change with the launch, this month, of the Ocean Observatories Initiative, an unprecedented network of oceanographic instruments in seven sites around the world. Each site features a suite of technologies at the surface, in the water column, and on the seafloor. Buoys, underwater cameras, autonomous vehicles, and hundreds of sensors per site will collect data on ocean temperature, salinity, chlorophyll levels, volcanic activity, and much more. Using this set of systems, oceanographers hope to address the limitations imposed by working on a ship or a single site for a limited period of time.

“What that means is, in general, we’re very good at doing one of two things: studying the ocean spatially, such as studying the same process as you cross an ocean, or temporally, studying one point over time,” says Girguis, “But going back to about 20 years ago, scientists began to say, maybe there’s a way to do both of these better.”

Getting the Initiative off the ground (or, rather, in the water) has taken 10 years and $386 million, and the launch is only the beginning: Operational costs will comprise about a sixth of the National Science Foundation’s annual ocean sciences budget, and the ocean’s tendency to rust metals and fry wiring could lead to higher maintenance costs over time. With data now flowing, the questions that have followed the Initiative’s development are once again bobbing to the surface: Will it work? Will it be useful? And will the millions of dollars that taxpayers have provided be worth their investment?

We sat down with Girguis to talk about the worth of the Ocean Observatories Initiative and its place in modern marine science.

Why haven’t there been many large-scale commitments to ocean science, like this initiative, in recent years?

When they landed a spacecraft on the moon, all they had to do to keep the astronauts at one atmosphere was design a spacecraft that could tolerate one atmosphere of pressure. Outside of the ship it’s simply zero atmospheres—that’s a difference of one. When we dive in the submersible Alvin, routinely, to go to our study sights, Alvin has to withstand 250-300 atmospheres. And the ocean is a harsh environment. Alvin has to battle corrosion, electrical shorts; we have to keep from getting stuck on deep sea corals; and around vents, we have to keep from having the plastic windows—which, yes, they are plastic—from melting in water coming out that’s 300 degrees Celsius.

The fact that this seems routine to us scientists is a tribute to the engineers that make it happen. But the fact that the public thinks it is routine means we scientists should be doing a better job of explaining the adventure of it, and also the deep and profound importance that our ocean has in keeping our planet healthy.

Does having the Ocean Observatories Initiative arrays in only seven places limit what they can tell us about the ocean?

This project is by no means comprehensive. I don’t think anybody would say we are comprehensively studying the ocean. That does not mean that it is meaningless. We have, as a community, tried to judiciously pick sites that could tell us something about the other areas of the ocean. Think of them as good representatives of wider-spread environments.

Additionally, those arrays are, to a degree, moveable assets. They are essentially giant moorings, which in some point in the future could be picked up and moved to another locale. But these seven sites are chosen because they’re good representations of important regions of the ocean—not only for natural scientists but also for applied scientists, like those trying to understand fisheries and fish stocks, and how the ocean responds to humans.

How can researchers use the Initiative’s data in their work?

One example: By co-localizing these sensors, researchers can help monitor when phytoplankton—which make, by the way, half the oxygen you breathe—bloom, and grow to huge numbers. When they do that, it’s not always clear what causes it. By having sensors and samplers co-located, you can start to make correlations that help you identify a cause. And I chose that phrase carefully: Correlations are easy to come by, but it’s only when you have a really good data set that you can really move from a correlation to a cause.

How will the array aid in your research?

Hydrothermal vents, for example, are a major ocean source of iron and trace minerals. They’re kind of like the ocean’s multivitamin. You don’t need a lot of this stuff, in the same way were not guzzling pounds of iron, but you need just enough to stay healthy. And that’s what hydrothermal vents provide. By studying the processes on the surface, and concurrently studying processes in the deep sea, we can start understanding the ocean as a system, and not as a bunch of compartmentalized ecosystems. I’m excited about using the observatories to look at the linkages among all of these processes—biological, chemical, and physical.

Are you concerned that the high price of the project will lead to fewer exploratory projects?

That is a really big question now. I think scientists owe it to the taxpayers to make best use of these assets, and best use of the money, and to provide an explanation for the value of our work. But the Ocean Observatories Initiative has the potential to bring together different federal and non-government agencies to look at the relationships that we have not previously considered. So, a hypothetical example—as the ocean’s multivitamin, hydrothermal vents could stimulate phytoplankton in the Northeast pacific. How does that influence commercial fisheries, like salmon or tuna? That’s a question nobody really knows the answer to. And it could bring interest from agencies outside of the National Science Foundation, like the National Oceanic and Atmospheric Administration, the U.S. Geologic Survey, the Environmental Protection Agency, even commercial fisheries.

Expand it even further—Google is always interested in providing real-time information on traffic. It’s not unreasonable that commercial entities could make use of some of these systems, to provide information for commercial operations. The question should not be limited to what we can do with our current sensors, but rather: What is it that we’re not doing yet that would change the way we think about our oceans? And, how do we develop the tools and methods to change that? So it’s my hope that the observatories expand well beyond the scope of the National Science Foundation, and well beyond their sole dependence for support.

The lead photocollage was created with images from: Dmitri Ma /  Shutterstock