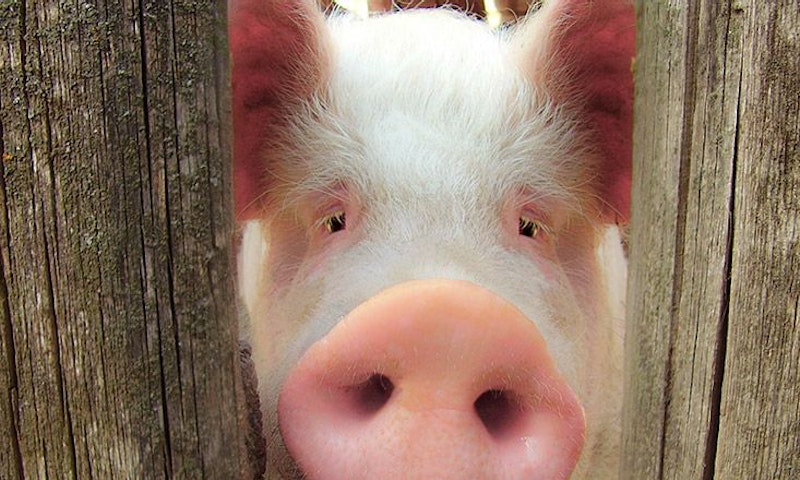 We’re used to the idea that some among us are colorblind,
perceiving the world differently because of a quirk in their genetics. And it’s
well-known that teenagers and young adults can hear high-pitched sounds that
their elders cannot, an ability that’s been exploited by manufacturers of The Mosquito, an anti-loitering device that annoys youth into leaving.

But perhaps because the effects are harder to compare easily, or
perhaps because we have such a hard time talking about them, we tend to
overlook some rather peculiar differences in our senses of smell. When people
get a whiff of a molecule called androstenone, they may say it smells like
sandalwood, or vanilla—or they might say it has a sickening, urine-like tang.
Or they might think it entirely odorless. There are around a dozen known
chemicals that provoke this kind of disagreement, scientists think. Much of the
reason this happens, at least with androstenone, is genetic: There are two
different flavors (so to speak) of the gene for the receptor that the molecule
binds to in the smell sensors in our noses. Depending on what version you have,
among some other factors we don’t yet understand, you’ll perceive something
pleasant, something nasty, or very little at all.

There’s a large body of research surrounding androstenone. It
was one of the six scents on a scratch-and-sniff panel in a 1987 issue of
National Geographic that presented the magazine’s Smell Survey, which had
readers send in descriptions of what they smelled when they scratched, and a
little information about themselves. (That study suggested that 30 percent of
humans can’t smell androstenone, a number that has since been revised to two percent as scientists discovered that you can train people to detect
it.) One large 2012 study collected reactions from nearly 400 New York residents of
terrific diversity and suggested that respondents’ ethnic backgrounds, probably
reflecting genetics, correlated with their responses to androstenone. The
molecule has been found in human urine and sweat, the meat of uncastrated male
pigs, and, curiously, celery. In pigs it functions as a pheromone, getting
females in the mood for mating (it’s the active ingredient in a piggy
aphrodisiac called BoarMate); in humans its biological role, if any, isn’t yet clear.

In the past few years the chemical, long a biological curiosity,
has zoomed to economic importance. Pork producers currently castrate male pigs
to avoid the problem of androstenone and other chemicals from giving their meat
a certain urine-y je ne sais quoi. But a European Union ban, enacted for animal welfare reasons and due to take effect in 2018, will keep pork producers from continuing the practice. Study after study has attempted to answer a very important (to pork farmers)
question: How many people, exactly, will notice or care? That is, what
percentage of the pig-eating population has the biological makeup that makes
androstenone repugnant?

Unlike color blindness—which, for instance, can get you
disqualified from being a fighter pilot—this kind of sensory variation does not
tend to get to put on the spot in our culture. But to read these studies is to
be reminded that individual human experience is ultimately private. We are all
feeling the world through a wall peppered with tiny holes, whose shape and size
are defined by complicated interactions of genetics and experience. We’re
sensory islands, each unique, and though we may forget it most of the time,
it’s with a sense of wonder that we rediscover it in something as mundane as
wondering if pork chops have a faint odor of pee about them.