Can Cancer Be Treated by Changing Its Cells?

Tumors grow when cells lose their biological identity. A promising therapeutic might restore their sense of self. 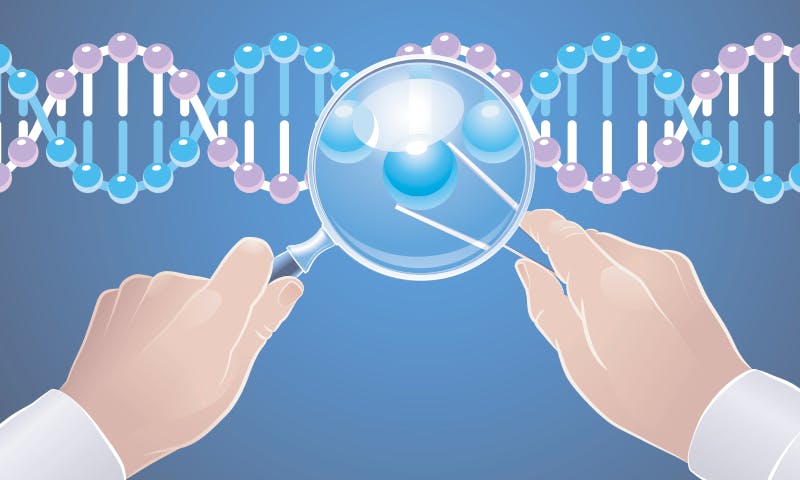 In 2017, Karen Kostroff, a renowned oncology surgeon at Northwell Health in the New York Metropolitan area added a new talking point to her standard conversation with breast cancer patients facing tumor removal surgery. These conversations are never easy, because a cancer diagnosis is devastating news. But the new topic seemed to give her patients a sense of purpose, a feeling that their medical misfortune had the potential to do something good for other people. Kostroff was asking her patients if they would donate their tumors to science. Researchers were studying the malignant cells, hoping one day to disarm them and stop them from spreading. “You could see that there was a twinkle in their eye,” Kostroff says. “It gives them hope that even if the currently available treatments may not always cure them, this may help them or others in the future, maybe their children or relatives.”

Most cancer patients don’t die from their so-called primary tumor—the spot where it first develops. Once detected, surgeons cut it out or administer therapies to kill it—such as chemotherapy, radiation, or immunotherapy. But cancer cells have an uncanny ability to travel. They slip through blood vessels’ walls and catch a ride in the bloodstream to new places. Breast cancer’s favorite destinations are the liver, lungs, bones, and brain, Kostroff says. Once there, they begin multiplying and become nearly impossible to extinguish.

“This drug seems to reprogram the cells and they suddenly remember who they are.”

“Patients die because cancers metastasize,” says David Spector, a cell and molecular biologist at Cold Spring Harbor Laboratory on whose behalf Kostroff is asking for tumor donations. When cancer cells spread and outnumber the normal ones in the organs, the real trouble begins. “So, yes, everybody starts with a primary tumor, which we take out,” Kostroff says. “But they die because the brain swells, or the lungs fill up with fluids, or the liver is so replaced by the tumor that the liver doesn’t function anymore, so that patients are going into liver failure.”

Spector focuses on deciphering the inner workings of the malignant cells that enable them to travel and invade other organs. In essence, he studies the secret lives of breast cancer cells and the ways to circumvent them. Spector thinks he can stop the perpetrators in their tracks with a drug currently under development. Cells can experience a kind of identity crisis; they forget who they are and run rampant through our bloodstreams. The drug, when perfected, would reprogram the cells to remember who they are and start behaving normally.

It was the Human Genome Project, and the subsequent ENCODE project which aimed to create an encyclopedia of DNA Elements that steered Spector toward studying the secret life of cells and their RNAs. Once fully sequenced, the human genome revealed that only about 2 percent of our genome codes for proteins—the building blocks of cells and tissues. But a huge chunk of the genome—about 80 percent of it—is devoted to making various flavors of RNA molecules. The surprising findings left the scientific community rethinking the role of these RNAs in humans and other organisms. “That opened up a big question,” says Spector. “OK, you have the small portion of the genome encoding for proteins, yet a much bigger part of it is devoted to making an army of these other molecules. That means that they must be doing something important because it would be a waste of energy for the cell to transcribe all these molecules. We wanted to know what these molecules were doing.” That spearheaded a newfound interest in RNA research.

An extremely versatile molecule, RNA, which stands for ribonucleic acid, has since earned its reputation as a workhorse of the cell, involved in nearly every aspect of cellular machinery, such as coding, decoding, regulation, and expression of genes. Composed of various assortments of nucleotides, RNAs come in all sorts of shapes and sizes—some are short, some long, and others are circular, but each with a specific cellular job assigned. Human cells, which are the basic structures of our body, are composed of two major compartments: the cytoplasm where different molecular compounds function, and the membrane-wrapped nucleus that contains the chromosomes and the DNA. “Born” or rather assembled within the nucleus, some of the RNAs spend their entire lives inside it. Others squeeze through the tiny pores in the membrane and leave the nucleus for the cytoplasm. There they carry out instructions for protein assembly or help stitch amino acids into proteins.

Spector, whose interest was always about cancer, focused his research efforts on the so-called long non-coding RNAs, so named because they’re made of 200 or more nucleotides and because they don’t code for any proteins or help assemble them. Plus, they tend to stay inside the nucleus, a fact that was of particular interest to Spector. Because they don’t venture out into the cytoplasm, he inferred that they likely play a role in turning genes on the DNA ribbon on or off. That action can result in cancer if it doesn’t work properly—activating the wrong genes can lead to malignant growth as can silencing specific genes that act as tumor suppressors. Spector was also intrigued by another fact: Out of over 60,000 genes that comprise the human genome, only 20,000 are devoted to making proteins with an almost similar number making long non-coding RNAs. “There are about 19,000 genes in the human genome that make long non-coding RNAs,” he says.

Scientists still don’t know how many different types of long non-coding RNAs exist, but they carry out vital functions. Some serve as molecular scaffolds and act as chaperones bringing proteins to a particular gene to turn it on or off. Some behave as sponges that sequester other molecules within cells so that they are not functioning—and release them when they are needed. It is almost as if there’s a certain level of intelligence in a cell. “It surely does seem that way,” Spector says.

After 18 years of studying the secret lives of cells and their RNAs, Spector’s team had zeroed-in on one culprit enabling breast cancer to spread: a long non-coding RNA called MALAT1. When healthy epithelial cells lining the surface of the milk ducts in the breast develop an excess of this molecule, they go bonkers. In biology, proper balance is key to health, so when some RNAs are overexpressed (meaning too many) or under-expressed (meaning too few), diseases can develop.

Most patients don’t die from their primary tumor—but cancer cells have an uncanny ability to travel.

The overexpression of this RNA makes breast epithelial cells lose their biological sense of self and start proliferating and spreading. “They’ve lost control,” explains Robert MacLeod, chief scientific officer at Flamingo Therapeutics, a company that is collaborating with Spector. “Normal epithelial breast cells know what they have to do, such as produce milk proteins when needed. But cancer cells think they need to grow and survive and look for a new home and metastasize to new organs.” It is as if the rogue RNAs act like the cells’ molecular murder accomplices, enabling them to sneak around. “We showed that the MALAT1 RNA is involved in cells’ migration and metastases,” Spector says.

The next step was to see what happens if the amount of that RNA was reduced by a drug. To accomplish this Spector’s team and collaborators at Ionis Pharmaceuticals, a company that licensed the MALAT1 program to Flamingo Therapeutics, devised a clever molecular trick. They built a compound able to bind to the RNA akin to how two sides of a zipper or Velcro straps stick together. Called an antisense oligonucleotide, the compound consists of 16 nucleotides that are complementary to a specific region on the MALAT1 RNA so that when the two encounter each other in a cellular soup, they cling together. That marks the rogue RNAs for execution, molecular style. It sends a signal to a voracious team of enzymes that slice up the RNAs like miniature scissors. “When this oligonucleotide finds MALAT1 in the cells, it binds to it and stimulates the recognition by enzymes that will degrade the RNA,” Spector explains.

But the most surprising thing happens after that, says MacLeod. With the decreased amount of MALAT1 RNA in them, the cells recover some of their biological identity. “This drug seems to reprogram the cells and they suddenly remember who they are,” MacLeod says. “Oh, I am a breast epithelial cell, and I don’t need to metastasize and go someplace. Instead, I should do some things here at my home, such as supporting the mammary gland function.”

Spector’s team named their prospective therapeutic MALAT1 RX. They found that it stopped the cancer’s progression in mice and in organoids—the mini-tumors grown from the chunks donated by Kostroff’s patients. The next step would be trying it in living people in a clinical trial, which Spector hopes will happen within a year or two. “We are starting the conversation with the FDA,” MacLeod says.

For a typical drug development timeline, MALAT1 RX is moving fast. Even though Kostroff’s patients who so altruistically donated their tissues to Spector’s research may not benefit from this future drug, those a few years down the road may be luckier. “We started with no inclination that this may ever get to the clinic,” Spector says. “So the fact that we’re hoping to go to a clinical trial in about a year or two is extremely exciting. It would be a very significant triumph of fundamental research that we hope will really make a difference.”