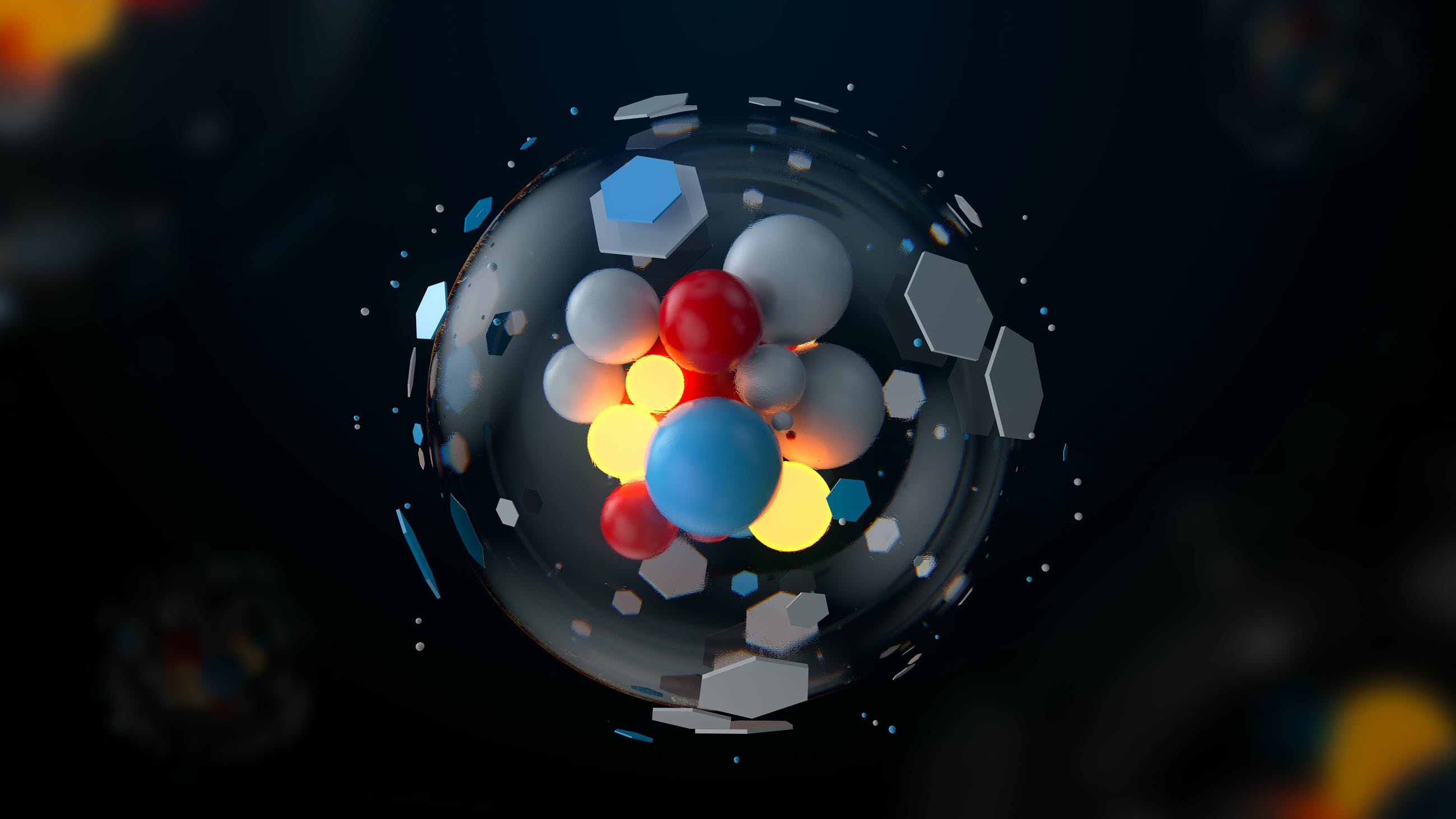 Scientists studying how life arose from the primordial soup have been too eager to clean up the clutter.

Four billion years ago, the prebiotic Earth was a messy place, a chaotic mélange of diverse starting materials. Even so, certain key molecules still somehow managed to emerge from that chemical mayhem—RNA, DNA and proteins among them. But in the quest to understand how that happened, according to Ramanarayanan Krishnamurthy, a chemist at the Scripps Research Institute in California, researchers have been so myopic in their focus on reactions that generate molecules relevant to the planet’s current inhabitants that they’ve overlooked other possibilities.

“They are trying to impose biology today on prebiotic chemistry,” he said. “But trying to make the final product right from the raw material—it misleads us.”

“We forget the mixture,” he added—and with it, the more circuitous chemical routes that could have potentially led to the same biological outcome, the intermediate stages on the path to life that have since faded without a trace.

It makes sense that experimentalists preferred to keep things clean and direct—to synthesize important compounds like amino acids or nucleotides in bits and pieces, and to think of life as bubbling out of more pristine beginnings. “The feeling was that if you tried to incorporate too much into your system,” said John Sutherland, a chemist at the MRC Laboratory of Molecular Biology in England, “everything would start to degrade and you’d just get a mess.”

But research is beginning to show that starting with the right kind of mess is not only more realistic, but more effective at generating the materials vital to life, while also doing away with problems that have plagued purer systems. “There are times when we have mixtures, rather than just the isolated reactants that people typically use, and we get better results,” said Nicholas Hud, a chemist at the Georgia Institute of Technology. When mixtures are taken into consideration, the emergence of life on Earth in some ways “is not as hard as we might think it is.”

In the most compelling evidence to date, Krishnamurthy and a postdoctoral researcher in his lab, Subhendu Bhowmik, looked at how a system of chimeric RNA-DNA molecules—molecules built from the chemical units of both RNA and DNA—produced pure RNA and pure DNA more easily than systems that started out pure. The work, published on September 16, 2019 in Nature Chemistry, highlights just how essential a diverse, complex blend of ingredients may have been to life’s earliest evolution.

Bring On the Hybrid Monsters

The narrative that has tantalized origin-of-life researchers for decades is the RNA world scenario: Pure RNA arose within the original prebiotic broth of molecules; the RNA made copies of itself but also later evolved and invented DNA as a more stable partner in replication; peptides joined the dance somewhere along the way. This theory has mainly been bolstered by the discovery that RNA can act both as a genetic material and as a catalyst, meaning it could have performed those roles early in life’s history and handed the baton over to DNA and proteins later on.

But the RNA world isn’t a perfect solution. Perhaps the biggest stumbling block is that there have been serious problems with getting pure RNA to replicate itself sustainably in the laboratory. As a first step toward making a copy of itself, a single strand of RNA can take up complementary nucleotide building blocks from its surroundings and stitch them together. But the paired RNA strands then tend to bind to each other so tightly that they don’t unwind without help, which prevents them from acting as either catalysts or templates for further RNA strands.

“It’s a real challenge,” Sutherland said. “It’s held the field back for a long time.”

But perhaps starting with a jumble of compounds instead of pure RNA alone could fix that, Krishnamurthy thought, after a 2016 experiment involving just such a melting pot yielded unexpected results.

He, Hud and their colleagues had been investigating the properties of a hybrid molecule composed of an assortment of RNA and DNA building blocks, which they dubbed a “chimera”—a nod to the monster from Greek mythology that combined lion, goat and serpent body parts. Such chimeras, they thought, might provide insights into the transition from an RNA world to one that also contained DNA. The researchers found that when the chimeras formed double-stranded complexes, they were less stable than double-stranded complexes of pure RNA or pure DNA. At the time, the team interpreted the surprising finding as an indication of why molecules of pure RNA and pure DNA became nature’s favored medium of genetic inheritance over something more mixed.

But it also got Krishnamurthy thinking: What if the chimeric instability was, instead, secretly beneficial and offered a more natural way to get to a world of pure RNA and pure DNA right out of the gate?

That’s what he and Bhowmik showed in their 2019 study. Because the nucleic acids with mixed backbones formed weaker two-strand systems, they didn’t succumb to the strand separation problem that prevented replication for pure RNA. Moreover, during their replication process, the RNA-DNA chimeras preferentially synthesized strands of pure RNA and pure DNA rather than new chimeric molecules—and they produced more of those pure compounds than pure nucleic acid templates did.

There was no need to cleanly synthesize RNA early on to get the materials that life ended up with. Messy, impure templates didn’t just suffice, they worked better. “If you let the reactions happen in a mixture, they automatically give you the molecules you’re looking for without you actually wanting it,” Krishnamurthy said.

Such RNA-DNA Frankenstein molecules aren’t just convenient inventions pieced together for the sake of the experiment. While no known living microbe or creature has a chimeric genome, one research team has artificially created E. coli that do. And yeast and other microorganisms have been observed to accidentally make such mixtures, though they have enzymatic systems that eliminate such mistakes.

Krishnamurthy and Bhowmik applied their chimeras-first concept to another system, too, with mixtures of RNA and TNA, an artificial nucleotide often used to model what might have come before the RNA world. The results were the same: The more complicated mixture outperformed the systems of pure RNA or pure TNA. “That means the principle of a mixture giving rise to clean [products] is probably very general,” Krishnamurthy said. “It’s not unique to RNA-DNA.”

The findings, according to Antonio Lazcano Araujo, an origin-of-life researcher at the National Autonomous University of Mexico, demonstrate “the chemical wonderland that must have been available prior to the emergence of the first replication systems”—a chemical wonderland that’s now yielding crucial new insights into how life began.

From Dawn to Dusk

In fact, a handful of other studies have already shown additional benefits to this approach, popularly known as systems chemistry. In 2015, Krishnamurthy, Hud and their collaborators showed that trying to understand the origins of polypeptide synthesis by focusing only on amino acids, the building blocks of peptides, might be the wrong tack. Amino acids don’t react well on their own to create peptides, but a mixture of amino acids and another, strikingly similar compound (alpha hydroxy acids) does.

“If you think of the transition between day and night, you never go from purely bright shining sun into a dark moonless night. You go through dusk. says Antonio Lazcano Araujo of National Autonomous University of Mexico.”

Recent studies have shown that complexity wins out over purity in other contexts, too: Vesicles built out of fatty acids alone, for instance, are less stable than those formed from a combination of fatty acids and certain salt compounds. Although Krishnamurthy’s newest findings might seem to imply that RNA and DNA arose simultaneously—instead of RNA appearing first and then producing DNA—that just represents one possible scenario. The point is that there are “different ways of being messier than we thought originally,” Sutherland said, which might have unappreciated benefits.

Sutherland has found evidence, for example, that the early prebiotic mixture might have involved RNA and peptides, rather than RNA and DNA: Reactions that produce the building blocks of RNA inevitably generate peptide building blocks as well. But either way, “both are invoking a dualistic origin,” he said. “And that is still in contrast to the pre-systems chemistry ideas, which would be one, then a second, then a third.”

“I think the RNA world was like an aphrodisiac for many people,” Krishnamurthy said. “It was like a fairy-tale ending: RNA was made and everyone lived happily ever after.” But now it’s becoming clear that “in prebiotic chemistry, you [should be] happy to work with mixtures, and you don’t have to find chemistry that will make only one particular molecule, which is unrealistic.”

He now wants to explore further consequences of this kind of chimeric chemistry. Creating other kinds of nucleic acids with hybrid backbones, for instance, can lead to different bonding properties. “If you change the backbone, it changes the rules,” Krishnamurthy said. And so he’s testing what other rules might change, and how that might influence the picture we’ve been painting of how life (and certain processes, like metabolism) got started.

“I think people are very much getting onto the systems chemistry bandwagon,” Sutherland said. “It’s too early to draw concrete conclusions,” but this kind of work offers different theories that can be tested against each other and used to direct future research.

It also eliminates certain theories: Perhaps it’s time to bid farewell to hypotheses based on a linear, progressive path from the primitive soup to today’s biology, in favor of ideas that embrace the complex mixes of systems chemistry. “If you think of the transition between day and night,” Lazcano Araujo said, “you never go from purely bright shining sun into a dark moonless night. You go through dusk.”

Editor’s note: Both Krishnamurthy and Sutherland are members of the Simons Collaboration on the Origins of Life, funded by the Simons Foundation, which publishes Quanta.

Lead image: Life would have almost certainly had to arise within watery solutions of diverse molecules. Surprisingly, the complexity of those mixtures might have been more of a help than a hindrance in producing the first molecules of pure RNA and DNA. Credit: arleksey